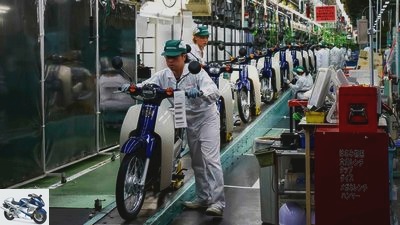 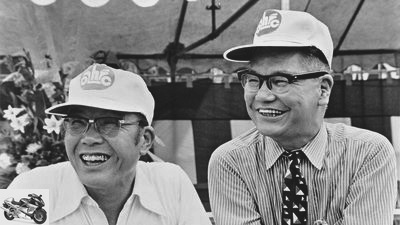 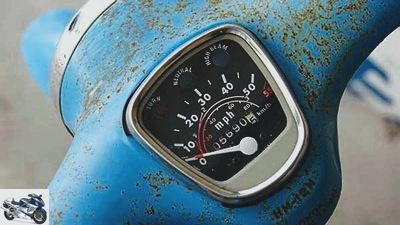 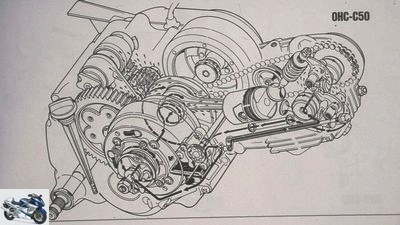 3/7
The basic concept with the horizontal single cylinder has been preserved to this day. 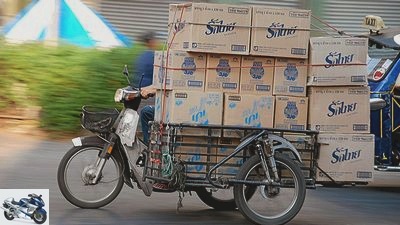 4/7
The way in which the Cub is also used: to transport loads. No matter how much or what. 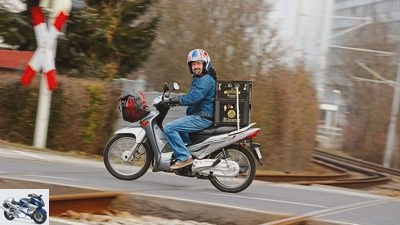 5/7
The shopping basket is therefore mandatory. 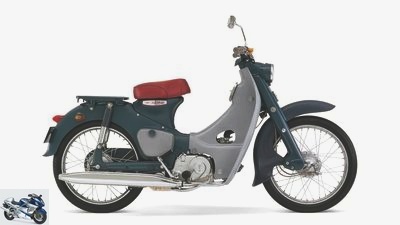 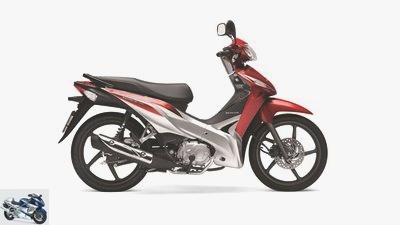 The Honda Super Cub is the best-selling motorized two-wheeler in the world. For the 100,000,000 (one hundred millionth) time it tumbled off the assembly line in October 2017.

Honda celebrates. With a ceremony at the end of October 2017, the manufacturer celebrated an anniversary at its motorcycle plant in the Japanese province of Kumamoto that no other manufacturer can celebrate. Namely the one hundred millionth copy of his worldwide all-time bestseller Super Cub 100.

In 1958, Honda launched the first series of the Super Cub model, which has been built in 16 plants in 15 countries around the world to date. Soichiro Honda had once given the name Cub himself. It stands for “Cheap Urban Bike” and is therefore the program. The main features of the “affordable city moped” have remained the same 100 million times to this day: four-stroke single-cylinder engine between 49 and 125 cubic meters, tubular steel frame with step-through and wheels larger than 14 inches.

The Honda Cub is sold in 160 countries around the world. In Germany, however, Honda currently does not offer a model of the large wheel scooter belonging to the Cub series. The last one was known as the Innova 125 as a fuel-saving miracle, but was taken out of the program by Honda Germany in 2012.