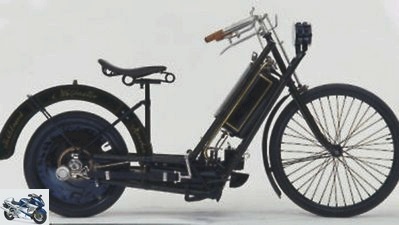 On the way to becoming a myth, it is sometimes enough to apply a generous amount of everything. Glamor, greatness, genius. On the other hand, only epoch-making motorbikes become those that score on the market at the time and that have influenced motorcycle development through time.