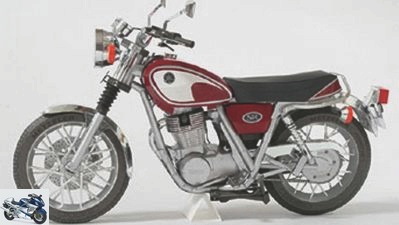 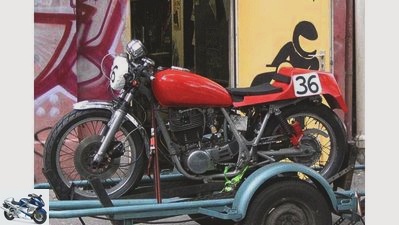 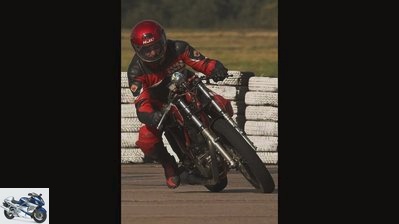 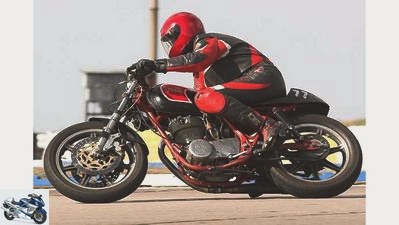 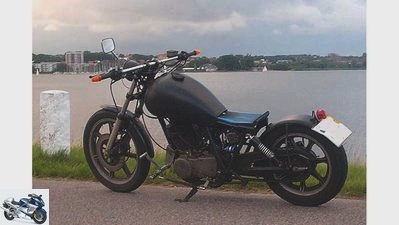 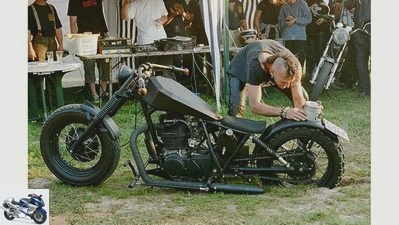 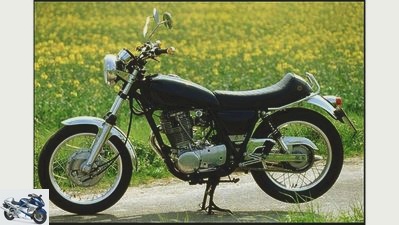 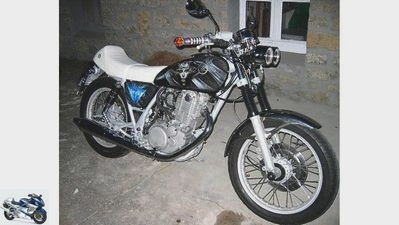 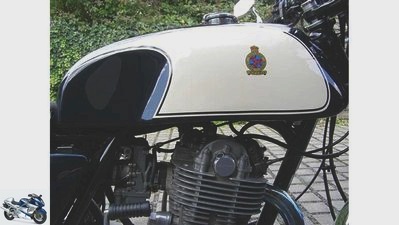 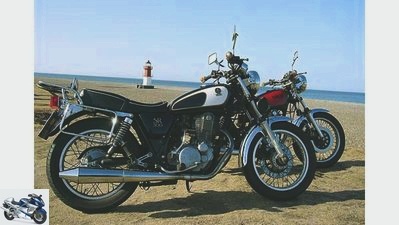 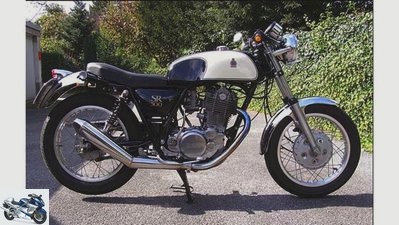 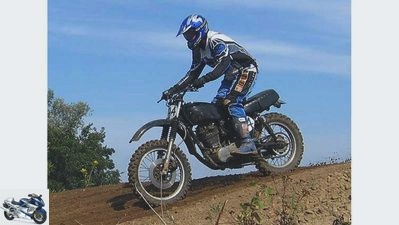 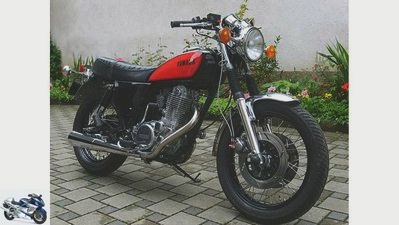 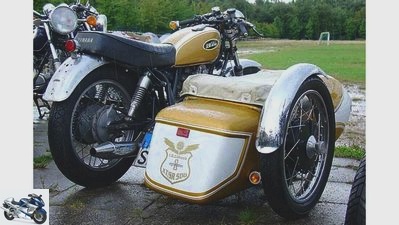 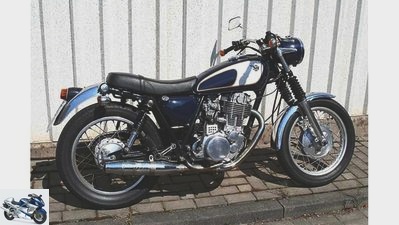 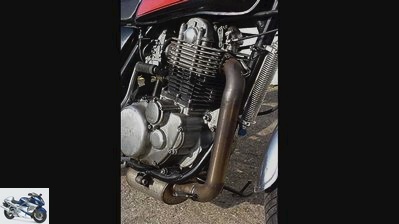 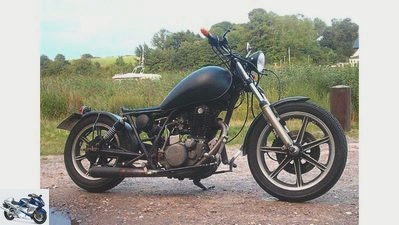 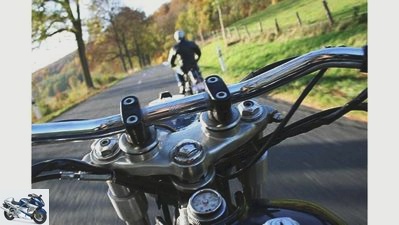 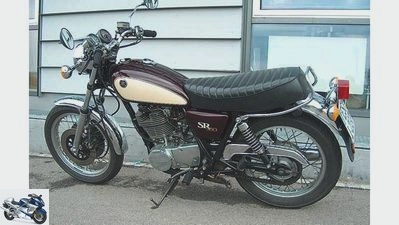 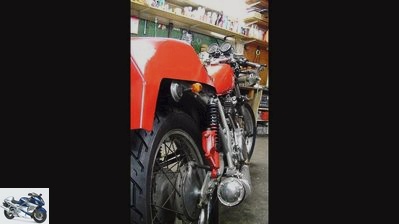 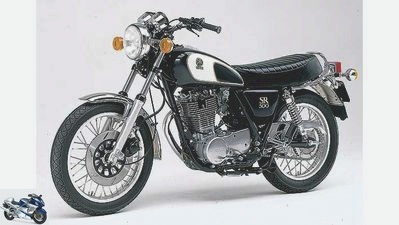 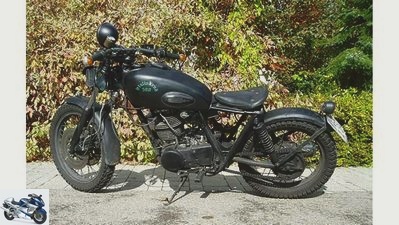 The Yamaha SR 500 was and is certainly a polarizing motorcycle.

Some people don’t even want to see them anymore: Low-tech iron piles or student cliches are what they call it, and legends of kickstarters kicking back and horrific oil consumption are spun on forever. Maybe you have to justify yourself somehow when you are left behind on a winding road by a motorcycle that is structurally several decades behind your own.

But a surprising number of drivers are loyal to their stew? Over 19,000 machines are still registered in Germany, which is still every second of all SRs ever registered. There is a lively fan base, mostly organized in regional interest groups and round tables, which drivers of some other models can be jealous of. And in Japan the SR, for tax reasons with a displacement of only 400 cm³, is still offered today. So what is the secret of a motorcycle that was designed as a retro bike when it was launched in 1978, and yet 30 years later is still not scrapped?

After this Yamaha After turning the enduro market upside down with the XT 500 in 1976, many wanted to see the simple, single-cylinder engine with a lot of thump in the lower speed range in a street machine. Yamaha complied with the request and in 1978 presented a motorcycle that refused to take part in the race for the most modern motorcycle technology from the start.

In addition to the original engine, spoked wheels, an upright seating position and the lack of unnecessary technical bells and whistles (such as electric starters) were the characteristics of the classic from the retort. Practically the only concession to common sense was a simple electronic ignition advance, which prevented any possible kickback of the heavy kickstarter lever, a habit that was still to be found on poorly adjusted XTs. 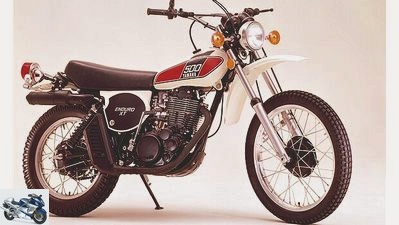 In order to make the minimalist concept appealing to customers, the focus was on emotions right from the start, in addition to a low price offer. “The motorcycle to tackle”, Was that called in the advertising, right? “the fine Japanese way of riding an English motorcycle”. An appeal to nostalgia, and at the same time the promise of a more original way of motorcycling, of driving beyond self-imposed constraints, of having to own the fastest, most modern or most expensive machine.

And the concept worked. The SR obviously hit a nerve and a niche in the market. And filled it out, because other models, such as Honda’s especially technically very competitive XBR 500, did not even come close to the sales figures of SR. Even Yamaha’s own attempt to further develop the concept of a sporty single-cylinder with the SRX 600 found only a few buyers despite undisputed qualities. the SR 500 survived them all – for 20 years, from 1978 to 1998 it was officially sold as a new vehicle. Had it not been for the new emissions laws forcing a reduction to 24 hp, it might have stayed with the European market even longer.

Opinions differ on the question of whether Yamaha has actually succeeded in creating a motorcycle that comes close to the great British models, or whether it was just a classic Japanese. These are details that connoisseurs come across. There is, for example, the inclination of the cylinder, which is much more slanted than that of any classic British woman; Not to mention the comparatively short-stroke design of the motor. The giant headlights installed in the first model years can also polarize. Some like the friendly, big eye, others articulate something depending on their mood “Child schema”, “Soup bowl”, “pan” or “Flak headlights” ?? in any case, the SR got a smaller series headlight from 1984.

Perhaps it is precisely such small discrepancies that have contributed to the development of one of its most important properties: its great versatility. Because the manageable technology makes conversions comparatively easy, whether you are based on categories such as chopper, rat bike, cafe racer, or as an individualist categorically rejecting the attempt to pigeonhole your personal bike. Modifications and add-on parts of all kinds are available from the Hamburg-based Yamaha specialist Kedo (www.kedo.de), for example. If that’s not enough for you, you can theoretically import particularly beautiful pieces from Japan, where there is an extremely creative scene; However, a pretty solid wallet is required here.

A passion in itself 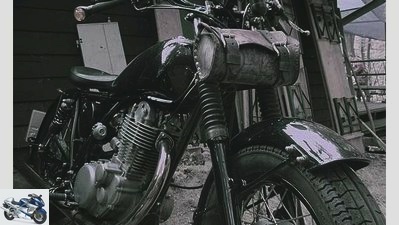 Of course, not all modifications made to the SR are purely cosmetic in nature ?? some modifications go to the technical substance, and some of them are really close. So Yamaha showed a lot of idiosyncrasy when the SR was only offered with an outdated drum brake at the front. Especially those who like to exercise their SRs sometimes go the opposite way and upgrade the single target to a double target; an undertaking that is not trivial, but manageable thanks to Yamaha’s modular system. A modified oil riser (known as double direct lubrication) is also one of the more sensible attachments; it supplies the stressed valve train with oil more reliably than is the case in the original state and can be installed in just a few minutes.

But there are still easier ways to improve, for example simply screwing in an oil thermometer instead of the original cover and dipstick. Thanks to the oil tank in the upper frame tube, it is well in the driver’s field of vision. Like all large single-cylinder engines, the SR engine needs to be warmed up conscientiously. If you curb your gas hand below the operating temperature of 80 ° C, you will be rewarded with a longer engine life? and helps to refute rumors that there are no SRs without high oil consumption.

It is also advisable, if you haven’t done so long ago, to replace the Metzeler ME77 tires with more modern equipment. Nostalgia or thrift are generally out of place here. Alternatives like the Bridgestone BT45 help some old cases, which have already been classified as hopeless, to completely new driving behavior? the entry of the somewhat narrower tire size is done by any reasonably competent inspector. 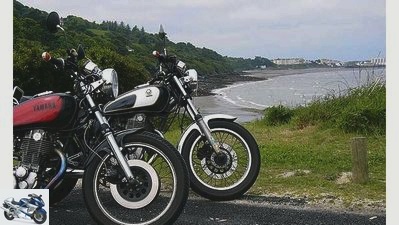 Before a motorcycle is converted, should it be serviced first? and in addition to ailments that can afflict any motorcycle, the SR is not without one or the other special quirk. Worn out carburetor diaphragms are downright epidemic; The round slide carburettor installed in the older models has three, which can turn the starting process into a sweaty adventure in the event of age-related failure.

If the carburetor can no longer be saved, you can no longer get an original replacement for money or for good words. It remains to convert to the Mikuni TM36 flat slide carburetor. “The TM” as a sports carburetor brings with it a potential gain in performance, but its fine-tuning is a chapter in itself ?? Those who need main and other nozzles will find what they are looking for at the Mikuni importer Topham (www.mikuni-topham.de). The Grobmotorik company offers a special treat for the TM: an externally adjustable main jet for tuning perfectionists and mountain hikers (www.grobmotorik.de).

And even if increasing oil consumption and decreasing performance unmistakably announce to the SR driver that an engine overhaul is due, there is no reason to despair: a four-stroke engine can hardly be made simpler and more screwdriver-friendly than the SR. There are no electric starters, register carburettors or other complicated constructions, the engine gets by with two valves and, if necessary, can even be lifted out of the frame on its own ?? but this should not be a recommendation.

Of course there are some cliffs to circumnavigate. If you want to get it right, you can’t do without it “the Bucheli” from, the repair instructions from the publisher of the same name. But be careful! There are several editions of this that do not always agree, and the newer edition is not always automatically right. Additions and corrections that are expressly intended as a supplement to the “Bucheli” understand has the fan base in the so-called “Bucheli project” compiled, a collection of frequently asked technical questions (FAQ) about the SR 500 (http://www.motorang.com/bucheli-projekt).

Anyone who finally comes across a problem that is neither adequately explained in the Bucheli nor on the Internet can ask their question in one of the lively SR forums, for example on sr500.de or sr-xt-500.de. Expert help is gladly given there, and comments about the ridiculous problems of the newcomer are definitely to be understood in a humorous way? even more so if the problem is interesting and not the thousandth edition of the question of the best motor oil.

As a rule, you will also get the tip here to introduce yourself to the nearest SR interest group (IG)? There are several dozen of them in Germany, loose associations of SR and XT-500 enthusiasts who support each other in their hobby.

It is also the IG community that will throw the big party for the SR’s 30th birthday in 2008 (www.srtreffen.de). From May 23rd to 25th, more than 600 SR drivers, sympathizers and onlookers are expected in the Munsterland; the Biker’s Farm in Dulmen-Buldern already hosted the 25th anniversary celebration (www.bikersfarm.de). A raffle and local excursion tips will not be missing, as well as live bands, campfires and plenty of opportunities to talk about petrol when the SR is 31st year old when it says: One kick only!