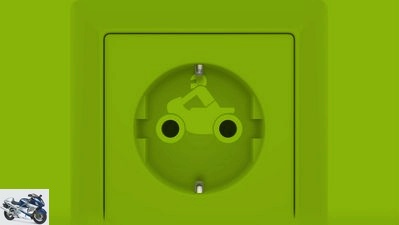 According to a survey, 31 percent of British motorcyclists would give up motorcycling if only electric motorcycles were allowed.

The poll, which is not necessarily representative, was carried out by the Motorcycle Action Group (MAG), a British organization that campaigns for the rights of motorcyclists in Great Britain. A total of 4,805 people took part in the survey, 1,575 MAG members and 3,230 non-members. The survey is based on random samples and there is no guarantee that all respondents are actually motorcyclists. However, the MAG assumes that “consider respondents motorcycle enthusiasts based on the channels through which the survey was promoted”.

Give up or refuse hobby

According to the survey, 31 percent of British motorcyclists would give up motorcycling completely if at some point only electric motorcycles were allowed. The majority (56 percent) would refuse to switch for as long as possible and only 13 percent would willingly take the plunge into electromobility.

Another question raised by the survey concerned a possible ban on new motorcycles with conventional internal combustion engines. Only eight percent of those questioned would support such a ban. 36 percent hope they could delay such a ban. 55 percent would completely reject such a ban.

The reason for the survey: From 2035, there will be a ban on sales and new registrations for cars with conventional combustion engines in Great Britain. And already apply in London Driving bans for motorcycles, which do not at least meet the Euro 3 emissions standard. This zone is to be expanded further in October 2021.