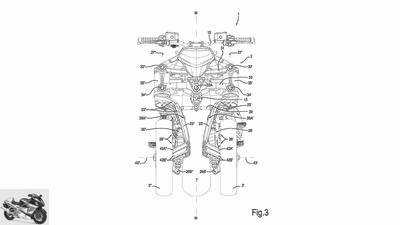 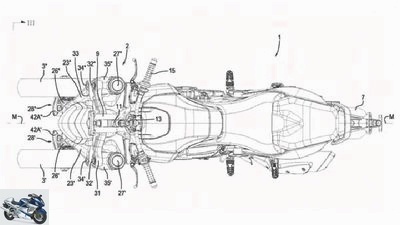 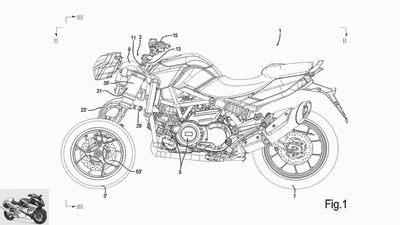 2/6
The front wheels are docked via single-sided swing arms and wishbones. The suspension is provided by conventional struts.

3/6
The tilting technology relies on a parallelogram construction around the steering head. 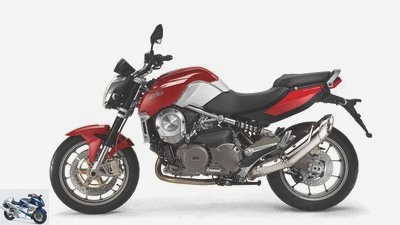 4/6
At least in the patent drawing, an Aprilia Mana 850 with CVT transmission provides the drive technology. 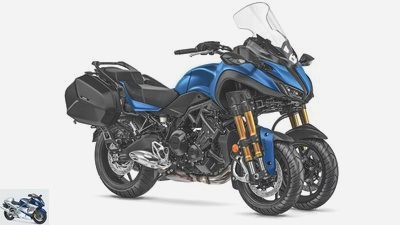 5/6
In 2018, Yamaha launched the Niken, an idiosyncratic motorcycle tricycle. 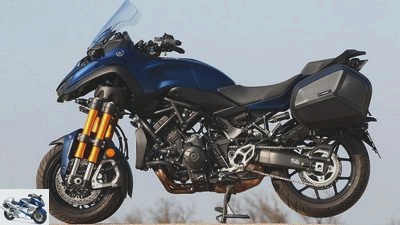 6/6
The Niken relies on USD fork tubes for wheel guidance and suspension.

A motorcycle with two front wheels is known from Yamaha. Now patent drawings have surfaced showing a corresponding Aprilia design.

The appearance of the Yamaha Niken in 2018 caused a lot of head shaking. A motorcycle with two front wheels – that seemed to target a gap where no one previously suspected. The Piaggio Group may now also have this gap in its sights. With the scooters, these have already been successfully filled with the MP3 models. However, recently emerged patent drawings show an Aprilia design showing a motorcycle with two front wheels. And these drawings already look very detailed.

Suspended on a parallelogram construction around the steering head, two swing arms are docked, each of which accommodates a front wheel via additional cross struts. Unlike the Niken, the spring and damping work is done by conventional struts. The Yamaha relies on two USD fork legs per wheel. The brake system with one disc per wheel is on the inside. 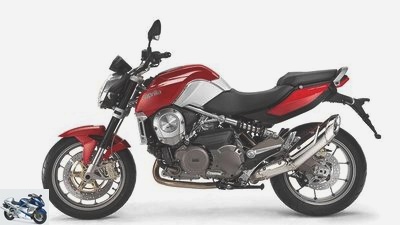 The drive technology – at least in the patent drawing – is provided by the Aprilia Mana 850.

Aprilia combines the new front suspension in the patent drawings with the rear end of a Aprilia Mana 850. It is fired by a 850 cm³ V2 with 76 hp and 78.8 Nm torque. One of the special features of the Mana is its CVT transmission with seven programmed gears. The driver can choose between manual and automatic shifting. The Mana combines the convenience of a scooter with the driving feeling of a motorcycle.

This is exactly where the Aprilia approach to the tricycle could be hidden: With the two front wheels, the Mana would offer a lot of driving safety, with the CVT transmission a lot of drive comfort. The ideal combination for those new to MP3.