It could have been called KB4; it chose a more symbolic name: that of the alliance between a surrealist chassis and a breathtaking engine. The Tesi H2 is little more than a new motorcycle. It is a moment of the rebirth of Bimota, that we thought passed away for some time.

The little Italian craftsman was only suffocated and comatose.

Kawasaki intervened by taking a significant share of the capital, relaunching the activity and promoting the birth of this 4th motorcycle born from the union of a Kawa engine and a Bimota design. 36 years have passed since KB3, and the reunion is expressive.

Extravagant, out of the ordinary, out of category, out of obligations – This machine can accumulate a lot of qualifiers. His sharp angles and his technique are enough to dismember the eyes of any observer. But undeniably, the brand has lost its elegance, its strong and sensual inspiration that characterized it. Where have the aromas of DB6 Delirio, SB8R, 1100 SB6 gone? ?
Once the conjunctivitis has passed, the appreciation of the technology will restore the image of this motorcycle..

It’s all in the name. The engine attached to this sports car comes directly from the 1000 H2. Either a 4-cylinder excited by a compressor allowing it to output large watts, or a crazy power. It starts with 200 horsepower on the first version of the H2, 231 on the second (the current one), up to 321 on the H2R. Bimota did not communicate on the potato he intended to give to his Tesi. But it’s a safe bet that this will be done à la carte, at the reasonable or psychotic desire of any purchaser. So let’s start with 200 nags, while echoes report 300; we will see what Italy can extrapolate from it.

Bimota’s tour de force was to graft its frame around this block. The front axle consists of an oscillating arm where a steering hub guides the wheel. The process offers more stability and allows steering and damping to be separated, things that a conventional fork must handle together. A set of rods returns the damping forces to an Ohlins element located … under the saddle, right next to another shock absorber, the one managing the rear suspension. The two shock absorbers benefit from an electronically controlled system, which goes without saying given the high-end positioning of the manufacturer..
The atypical part-cycle required certain adjustments. Pay particular attention to the location of the radiator which is not less so. This approach shows that the Tesi H2 is riddled with parts connecting rods. In carbon, in aluminum cut in the mass, from Brembo (brakes), OZ Racing (rims) and Ohlins (duo of shock absorbers and steering damper).

The Bimota Tesi H2 does not only borrow the mechanics from its main partner. The dashboard comes from the H2 SX. If the sensors and processors follow, we are entitled to expect electronics also from Akashi, with traction control, standing start assistant, engine brake control, power management, Riding modes, shifter Up & Down, etc…

We can only welcome the return of a Bimota on the market … exceptional motorcycles. His Tesi H2 highlights its avant-garde aspect, intrinsic technique and power galore. Let’s not even talk about the price; Ducati is reasonable in comparison. If any questions remain unanswered about this machine, surprises will certainly come with the answers..

on 0 opinion
of users
Read the reviews 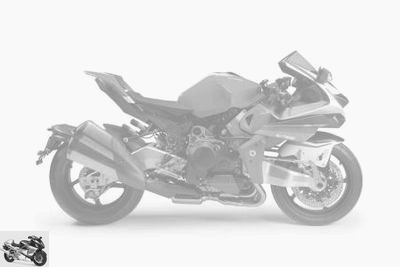 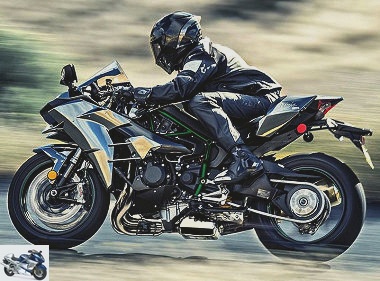 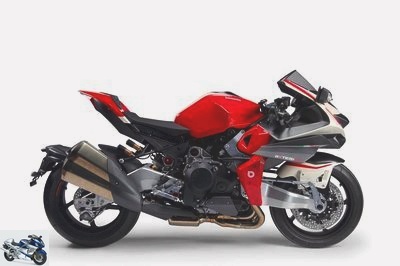 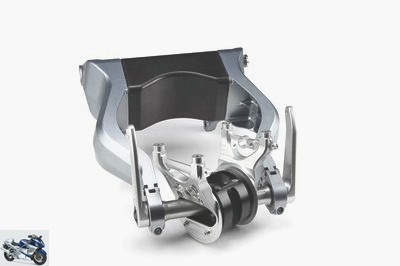 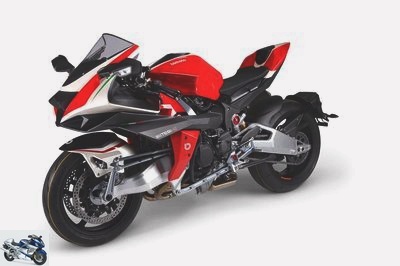 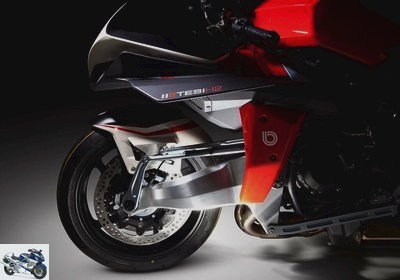 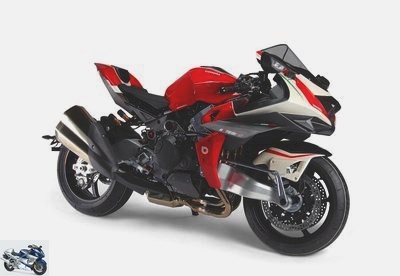 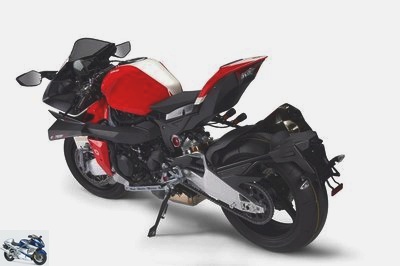 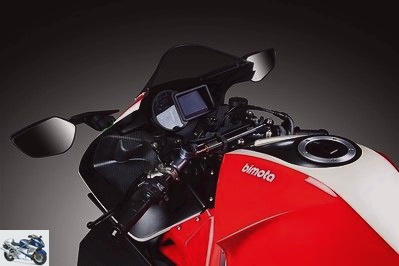