The idea germinated in the minds of 2 students from Bologna. 10 years of research and development later, Bimota presents a sports car that goes even further than the ELF. Like her, its front axle does not need a telescopic fork except that the bike presented here is a road version.. The ELF has never left the circuits. It is therefore a small revolution in the world of sports that this Tesi 1D. Seen from afar, we have no idea of ​​the technology it contains. Its design is well in the Bimota tradition, with an imposing fairing that hides almost everything. However, it doesn’t take long to realize that the bike does not have 1 but 2 swing arms. So how does it work ?

Okay, hang in there, it’s not going to be easy. The half-handlebars are connected to 2 conventional tees, which allows to have a position similar to a conventional motorcycle. Now it gets more complicated: the tees act on a set of linkages, which rotates a short steering column attached to the left of the machine. It allows you to vary the steering angle. The underside of the column operates another linkage which turns the wheel via an axle and two tapered bearings fixed in the directional hub. Complicated ? So think … the technical file is close to incomprehensible. But it works.
The rest of the frame is made up of 2 alloy plates where the swinging arms are fixed and a tubular trellis for the upper part (where the saddle, tank, trim, etc.) are fixed. The structure uses the engine as a stiffener. Here, this engine, what is it anyway.
Well, we can put 2. The Tesi is made with 2 versions of the liquid twin of the Ducati 851. A standard version of 851 cm3 to which we have made some improvements: set of double injectors, new exhaust, different electronics. The other version, thoroughly revised by Bimota, is distinguished by its displacement increased to 904 cm3 thanks to the increase in stroke and bore. These twins develop 103 and 113 hp respectively. The 904 delivers more torque and more power at lower revs than the 851.

Once on board, the pilot is installed as on any sports car. No change of scenery on this side, except that we do not see the fork sleeves and that the dashboard is completely electronic. Engine speed, speed, various indicators, everything is on a digital display (N.R .: A speedometer unit reminiscent of that of the Honda VTR SP-1, less sophisticated but still 10 years ahead). The twin Ducat ‘is expressed manly through the Bimota exhausts. But good ! Driving the Tesi is close to a conventional sports car (the many feeling problems encountered on the proto seem to have been resolved) but the Italian is extraordinarily sensitive to settings. 2 notches too much or less and the machine obeys you askew. Essential data. You might as well listen to the advice of the factory and prepare the shock absorbers on the go. Once tuned, the 1D shows great stability and remarkable cornering handling. The very big advantage of its front axle is its fantastic braking potential. The Brembo set is already very efficient and is seen over-optimized by the very particular configuration of the front. You can grab the brakes much later and hit them like crazy. The bike can thus afford very muscular entry into the curve and it is still possible to keep the brakes in the bend without leaving everything behind..

Coming out of the virolo, the time has come to make the watts speak. Up to mid-range, there is no real difference between the 2 boilers. After this milestone, the 906 takes off and logically shows more efficiency with more potato. This surplus of vitamins will also be more difficult to manage than on the 851. This will allow future buyers to choose between a sport or very sport version..

A new sportswoman, there are every year (or almost). But a new type of chassis for a motorcycle is already much rarer. The Rimini plant once again proves its know-how and its willingness to innovate, even if this translates into a machine requiring a mortgage, increased technical maintenance and the concern to pay close attention to the settings.. 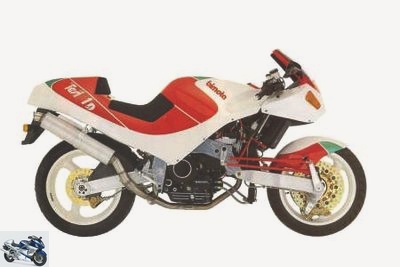 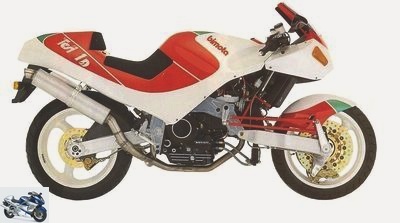 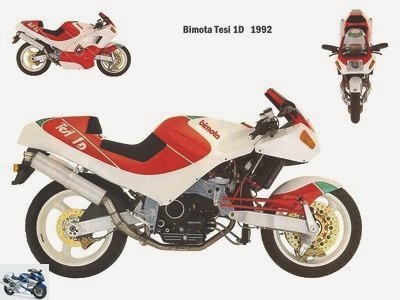 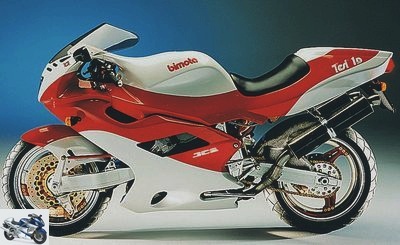 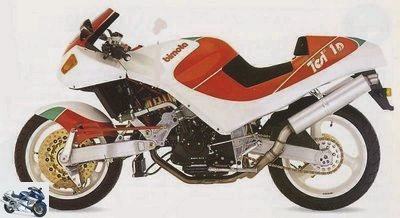 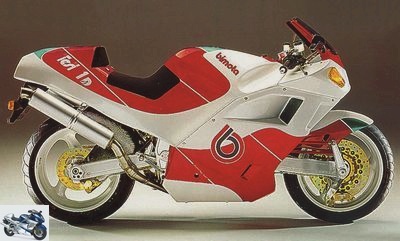 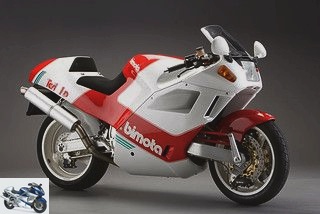 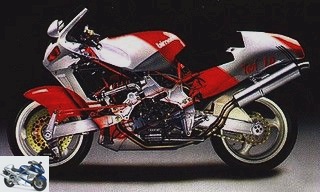