Ducati Scrambler. A name from the ages. The youngest would think that Bologna is attacking its own interpretation of this type of machine, ancestor of trail running. Those with a little more bottle will remember the first Scramblers of the company, when it manufactured single cylinders.. It was the 60s, the Scramblers existed in 250, 350 and even 450 from 1969. They felt the music, the carefree, the fun, the Beatles, the jeans, the dreadful orange color of the time….

We take the same sauce and start again to acidify the second chapter of the 21st century. Except that we fired the emetic orange, that Coldplay and Daft Punk fill the charts; but the new Scrambler always smacks of fun, pleasure, and above all, from near and far, it looks super nice and we immediately want to become a friend. A motorcycle as a friend, the Scrambler?!? Ducati has however accustomed us to muscle, especially for some time. Sports cars of 200 nags, Diavel to graze the road, a trail as powerful as a 750 GSX-R, Monsters that run at 115 hp minimum…
Yes, but in all this, it lacked a funny and accessible device. The place had been vacant since the 696 Monster had cleared the catalog. So, a Scrambler with a holiday look, not too powerful and accessible, it really feels good.

The trellis frame is de rigueur as usual. Discreet, minimalist, it supports the saddle at a very accessible 790 mm high, holds a 41 mm inverted fork, a banana-type swingarm, and 10-spoke rims on each side.
This is not what will appeal the most. Quidams, curious and charmed will especially see this tank, taking again feature for feature the shape of that of the Scrambler of yesteryear. The brushed aluminum covers are interchangeable, in order to multiply the customizations and to keep the marketing machine running at full speed. Ducat ‘has planned a whole universe around its new toy, to the free appreciation of each one.
The 800 Scrambler also plays with a certain impertinence and remarkable specificities. Let us quote the inscription “born in 1962” on the tank, the tires with large cobblestones type enduro manufactured exclusively for him, an 18-inch rim at the rear, a thin gommard of 110 at the bow while the stern reveals a large 180, 150 mm travel suspensions allowing you to venture into the paths leading to the beach. 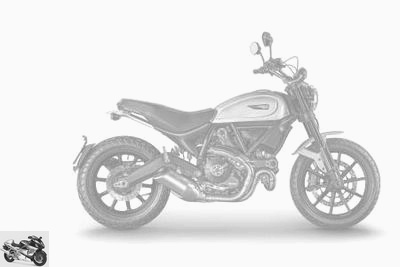 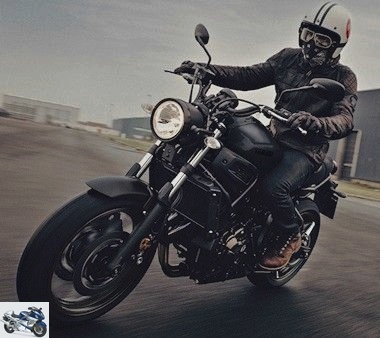 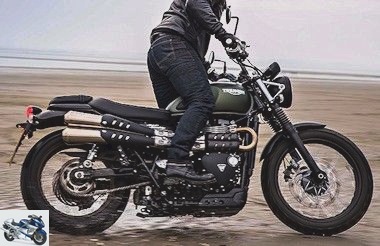