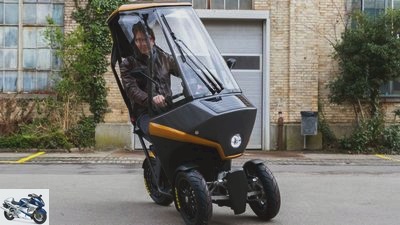 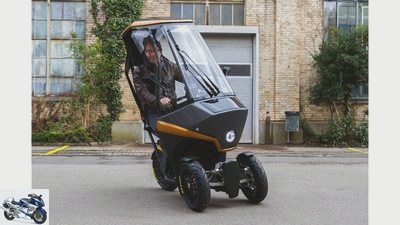 1/5
The basic features of the bicar tricycle are reminiscent of the BMW C1. 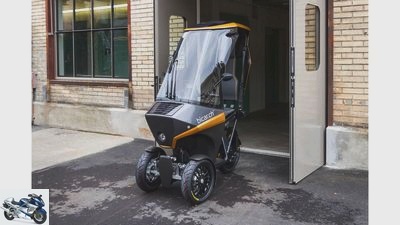 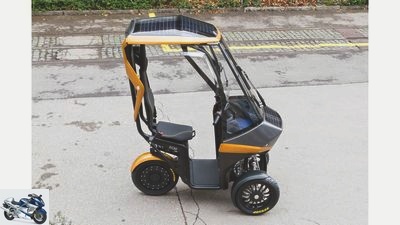 3/5
The project was created at a university in Switzerland. 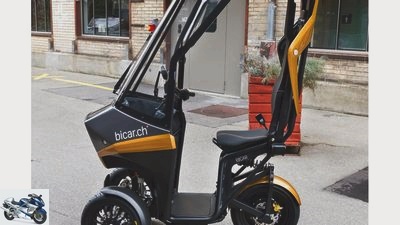 4/5
The tricycle should be especially suitable for use in the city. 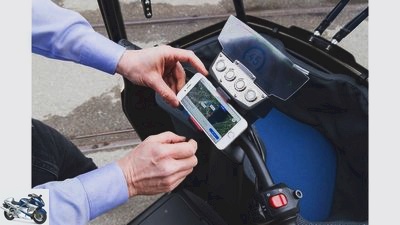 5/5
There is no classic display. Instead, the smartphone is used as a speedometer in combination with an app.

With the bicar tricycle, a new vehicle is in the starting blocks that is somewhat reminiscent of the BMW C1 and should be especially suitable for use in the city.

E.do you still remember the BWM C1? The unusual vehicle from BMW caused a stir at the time and was more ridiculed than appreciated by most people. Nevertheless, the covered scooter had its advantages, which is why the manufacturer Govecs, who recently also put the E-Schwalbe on its wheels, is currently working on a new electrically powered C1 model. A similar project, albeit with a significantly weaker motor, was recently carried out at the Zurich University of Applied Sciences (ZHAW). In order to implement the project, after the development of the first prototypes, a start-up company called “Share your Bicar” was founded to further develop the bike for series production. At this year’s Geneva Motor Show, a model that is already fairly close to series production was presented, which is to be built in a pilot series soon and in larger numbers from 2020.

The area of ​​application for the Bicar tricycle is clear: the unusual vehicle is primarily designed for use in the city. The roof should protect against wind and weather. The third wheel should also ensure safety for inexperienced pilots. The drive is taken over by a wheel hub electric motor with a maximum speed of 45 km / h. This means that the bicar tricycle is categorized as a light vehicle (L2e) and can also be driven by owners of a car driver’s license.

The concept is slightly reminiscent of the BMW C1.

A 48-volt battery with a capacity of one kWh should ensure a range of up to 60 kilometers. The 6.1 kilogram battery is also replaceable and can be charged at home. The vehicle can only be used as a single-seater – there is no space for a pillion due to the design. A seat including a backrest should provide as much comfort as possible. While driving, the driver has to buckle up using the three-point seat belt. The bicar tricycle can be ridden without a helmet – we strongly advise against this.

Smartphone serves as a cockpit display

An integrated display is not on board. Here, the start-up based in Switzerland relies on a different solution: in combination with a suitable app, the smartphone can be attached and used as a display. A head-up display should, however, be present in the series vehicle. The windshield with integrated wiper shows that the tricycle is also suitable for driving in the rain. Unfortunately, there is not much space for luggage. According to the manufacturer, however, two shopping bags should be able to be transported.

Instead of a classic cockpit display, the smartphone is used as a speedometer.

The founders behind the concept also want to establish the vehicle as a sharing vehicle. Accordingly, the start-up is currently looking for new investors and partners to further advance the project. In addition, private buyers should also be served. In Switzerland, the bicar tricycle should cost from 7,000 francs, which is the equivalent of around 6,300 euros. Buyers must first advance a deposit of 1,900 francs. The manufacturer has not yet revealed whether the vehicle will also be offered in Germany. Accordingly, there is still no information about a possible price in this country.

What do you think of the electric tricycle Bicar?

Good idea that could work!