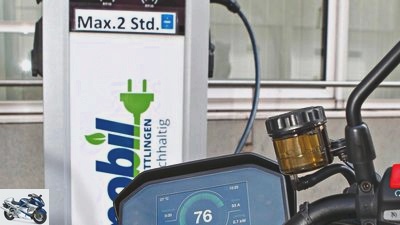 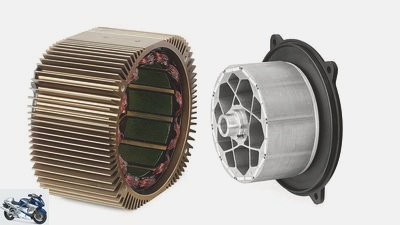 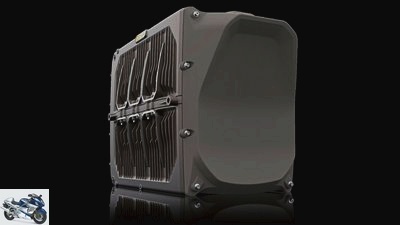 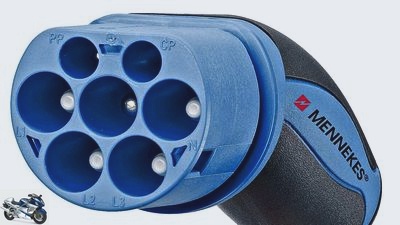 3/5
Type 2 has established itself as the standard charging connector. 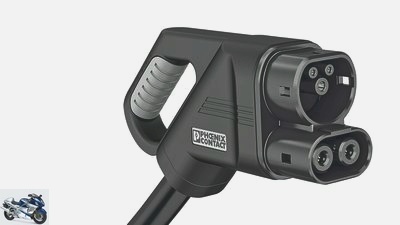 4/5
The combo connector and CHAdeMO connector are not yet widespread in the motorcycle segment. 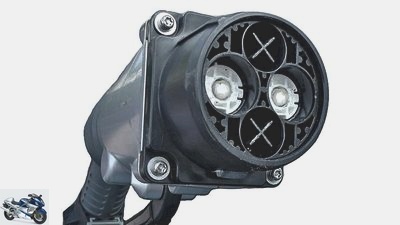 5/5
The CHAdeMO connector can transmit up to 50kW.

FAQ on electric mobility in connection with motorcycles

Questions and answers on the subject of electromobility
Energy density & Co.

The development of battery-powered motorcycles is just in the starting blocks. Accordingly, knowledge about the new technology is often rudimentary. We answer some frequently asked questions about electric mobility in connection with motorcycles.

How high is the efficiency of a combustion engine and an electric motor?

The fact that, despite their limited energy density, the current batteries (see below) are suitable as power suppliers for vehicle drives, is thanks to the efficiency of the electric motor. The electric motor converts 90 percent of the energy supplied into drive power. The combustion engine works much more uneconomically. The lion’s share of the fuel’s energy dissipates as heat. Only about 37 percent are used.

How high is the energy density of a battery compared to gasoline?

The reason for the triumphant advance of gasoline as a fuel lies in its enormous energy density. In terms of weight, the energy content of gasoline is around 80 times higher than that of a lithium-ion battery. In addition, gasoline can be produced relatively cheaply, easily distributed and easily deposited in a vehicle. The decisive disadvantage: the oil reserves are finite and the exhaust gases are produced locally during operation.

How long does it take to charge a battery? 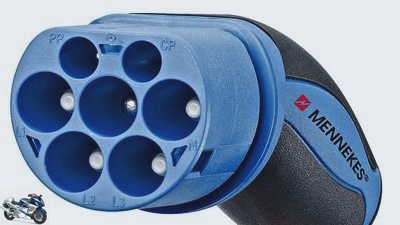 Of course, it is also possible to charge a battery from the 220-volt household socket. In the case of the 14.4 kWh battery of the Zero SR / F, the charging process takes four hours. It is possible to reduce this time to up to an hour at high-performance wall boxes or public fast charging stations. The type 2 image has established itself as the standard charging connector. The Bild combo connector and the Bild CHAdeMO connector, which can transmit up to 50 kW, are not yet widespread in the motorcycle segment.

What does a battery cost? 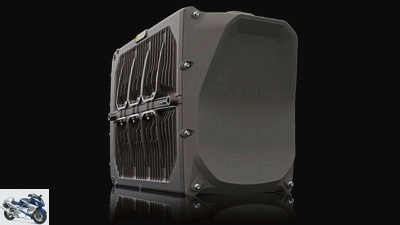 For a long time, 1,000 euros per kWh was the guideline for the battery price. But the tariffs are falling. The lower limit is currently 500 euros / kWh. Zero calls for a dumping tariff for the 14.4 kWh battery of the SR / F with 5,500 euros. However, due to the five-year guarantee, it is unlikely that the central battery block will be replaced during this time, so the price is rather fictitious. The Power Tank (3.6 kWh), which functions as an additional battery, costs a realistic 3,495 euros.

How much more powerful will the rechargeable batteries become through technical advancement?

Experts estimate that the energy density in lithium-ion batteries can be increased by around half, i.e. to around 0.22 kWh / kg, from the current 0.15 kWh / kg in the next five years. The still young lithium polymer technology promises to double the energy density to 0.46 kWh / kg. A technology with liquid electrolyte introduced by the Swiss company Innolith just a few months ago is still a long way off. The battery is supposed to store a sensational 1 kWh / kg, but is not yet ready for series production.

What does an electric motor cost? 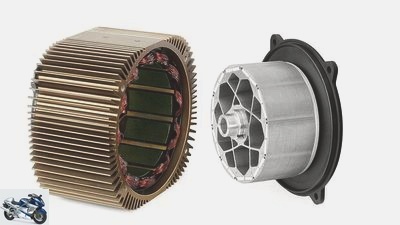 Compared to the considerable costs of a battery, the electric motor as a drive element is a real bargain. Just 2,000 euros are called for the new ZF75-10 propellant, which is installed in the Zero SR / F. The air-cooled engine requires virtually no maintenance and care. The likelihood that the brushless drive will have to be replaced at all is extremely low anyway. The uncomplicated electric motors usually last several 100,000 kilometers despite their high output (here: measured 105 PS).

How many charging stations / petrol stations are there in Germany??

While the number of petrol filling stations in Germany is shrinking (currently 14,400), the number of charging stations is constantly increasing, with 16,100 it has already overtaken the mineral oil drinkers. But the comparison lags. The long dwell time of an e-vehicle at the charging station is the plug on the bottleneck of the electrical infrastructure. The search for a free charging station often ends in an app-guided odyssey for charging alternatives. A wallbox in your own garage is essential for e-mobilists.