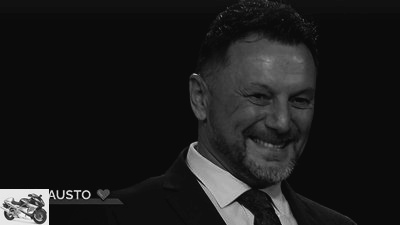 The two-time motorcycle world champion and MotoGP team boss Fausto Gresini died on Tuesday (February 23, 2021) of the consequences of a corona illness.

The Italian was 60 years old.

Gresini lost a week-long fight against Covid 19 disease. Shortly after Christmas 2020, Gresini had to be admitted to the hospital in his hometown Imola. Shortly afterwards, he was transferred to Bologna, where he was placed in an artificial coma as part of the treatment.

On Tuesday, the team then had to announce that Gresini had lost the fight against the virus. “It’s the news we never wanted to deliver”, it says in the message from the Gresini team. “After almost two months of fighting COVID-19, Fausto Gresini passed away a few days after his 60th birthday.” Gresini leaves behind his wife Nadia and four children.

Fausto Gresini became world champion in the 125cc class in 1985 and 1987, taking 21 GP victories. In 1994 he retired from active racing as a driver. In 1997 he started his career as a team manager. In MotoGP he was most recently at the head of the Aprilia team. With his racing team Gresini Racing he was also active in Moto2 and Moto3.