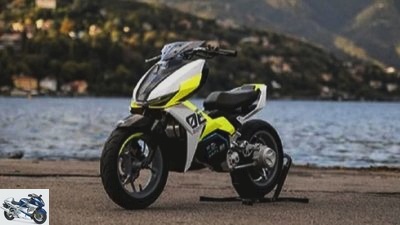 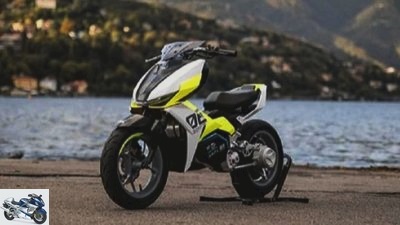 1/8
Named as Kymco, known as Felo: The FW06 is the technical brother of the Kymco F9. 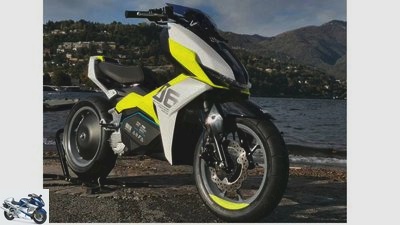 2/8
The sporty electric scooter is now available in China. Conversely, the speedster with a range of 100 kilometers costs 3,400 euros. 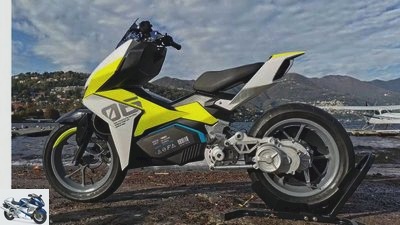 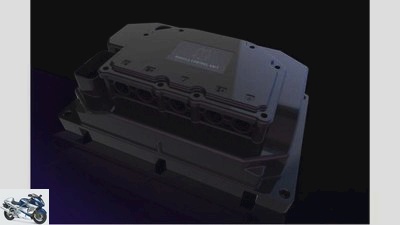 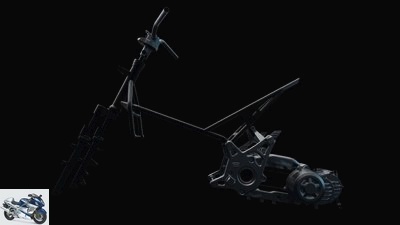 5/8
The steel frame with the final drive and fork should weigh only 107 kilograms. 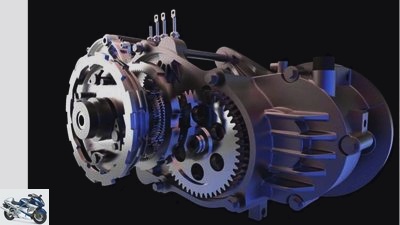 6/8
The two-speed transmission is a special feature. It should enable brisk sprints, high speed and a longer range 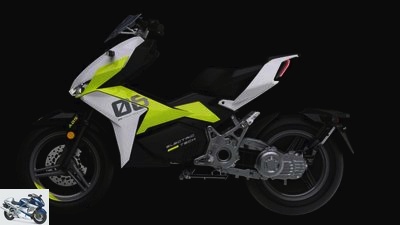 7/8
The renderings from the Felo homepage show a clear technical difference: Here no rear wheel brake is visible, while a drum brake can be clearly seen in the photos. 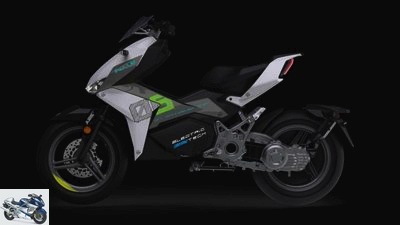 8/8
It is not known whether the graffiti painting can be ordered.

At the end of 2020, Kymco presented the F9, a sporty electric scooter. It is launched on the Chinese market as the Felo FW06. Partnership, no plagiarism and as a premium product.

Please do not make hasty judgments. Contrary to the tradition and culture of Chinese homage designers, the new Felo FW06 is not a plagiarism Kymco F9 presented in November 2020. The Felo is the Kymco. And the Chinese from Felo name the Taiwanese from Kymco as partners. Whether this is a trick to address political squabbles between the island state and the supposed mother on the mainland is conceivable, but speculative.

As with the F9, the FW06 impresses with its extroverted, technocratic look, crowned by the futuristic styled final drive. That comes like with Kymco with two gears and should turn the Felo into a powerful electric speedster. The F9 has been specified by Kymco with three seconds from 0 to 50, the Felo saves this information, but gives 110 km / h as the maximum speed. Range: 110 to 140 kilometers, depending on the selected battery size. This varies between 80 and 88 Ah and is based on a 96 volt system made up of cylindrical cells in the 21700 format (21 millimeters in diameter, 70 millimeters in length). The batteries should be able to handle a good 1,200 charging cycles before the capacity drops to 80 percent. Theoretically, the Powerpack is good for 132,000 kilometers at 100%, after which 80% of the range is still possible. With household electricity, the cells should be charged in four to six hours. The engine delivers six kilowatts with a boost to ten kilowatts, the torque is specified with 16 Nm and 30 Nm in the boost. The use of a two-speed gearbox is exceptional. This should increase the range by seven to nine percent and enable the supposedly strong pulling power and top speed.

The next generation of electric scooters

The backbone of the FW06 is a tubular steel frame on which the telescopic fork is suspended and the complete aluminum final drive is screwed. The construct should weigh only 107 kilograms, what the complete scooter weighs is not documented. One thing is certain: the FW06 from Felo will also roll on 14-inch tires like the Kymco F9. Front 110/80, rear 140/70. Braking is done by a disc and ABS at the front, and allegedly also at the rear, but the photos here show a drum brake with a rustic design. Possibly an ABS coupled with an integral system, which would allow approval in Europe, but would not meet the technical demands of the Felo / Kymco. The sports scooter is better suited to the crisp design with the LED lighting all around. Prices in China: the equivalent of 3,400 euros for the 80 Ah version and 3,690 euros for the large battery. There the Felo is located in the premium segment.

Congratulations Mrs. Kymco, it’s a Felo. The partnership between China-Felo and Taiwan-Kymco could be subtitled like this or something like that. The Felo FW06 is technically the Kymco F9, which has not yet made it into series production. The prices for corresponding scooters of the 125 or A1 class are attractive, should the Felo or Kmyco come to Europe. There is currently little to be said for this.