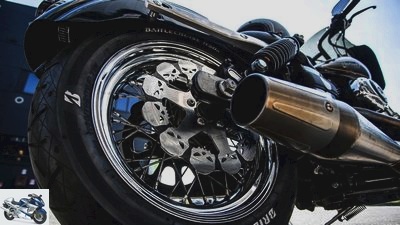 Possible driving and sales bans for combustion motorcycles are becoming more and more widespread. Now the representation of the European motorcyclist associations is collecting data in order to position itself.

In more and more European cities and towns, vehicles with internal combustion engines are no longer welcome. This also applies increasingly to motorcycles and scooters. Paris, London and some Italian metropolises already have specific timetables for this.

The FEMA (Federation of European Motorcyclists ‘Associations) as the umbrella organization of the European motorcyclists’ associations would like to position itself on this problem, but needs the opinion of as many motorcyclists as possible as a data basis, because only then does the position of FEMA have weight.

In order to capture the voice of the people, FEMA has now launched a survey in which ten points are asked for the opinion of motorcyclists. The survey will run across Europe until August 9, 2021 and is available in twelve languages. Click here for the survey in German.

the The British have already asked nationally on this subject. The result: Almost a third of those surveyed would give up riding a motorcycle if they had to switch to an electric motorcycle.

FEMA needs the support of as many two-wheelers as possible in order to prepare itself against the threat of combustion and sales bans. They are asked to give their opinion in a survey. So click in and express your opinion!