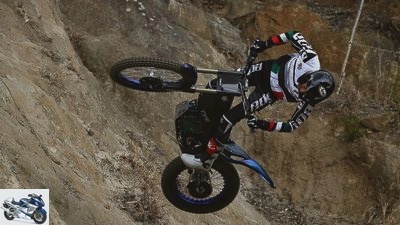 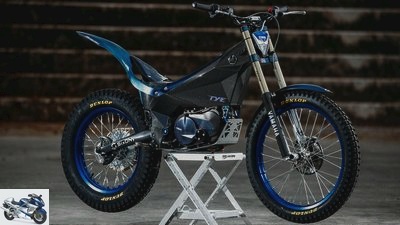 1/5
The carbon monocoque frame, the sanded finish of the covers and the cleanly integrated electric motor demonstrate the commitment of the technicians. 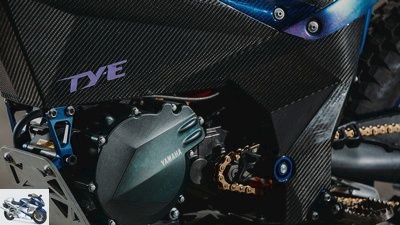 2/5
Ready to race? The perfect finish gives the impression that the E-Yamaha will soon be available in series. But appearances are deceptive. 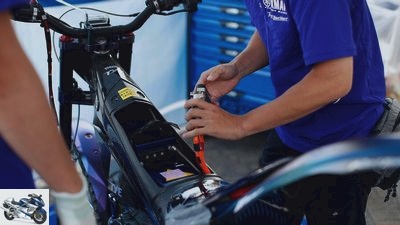 3/5
Quick tank system: Loosen four screws, pull out a plug connection and the battery is replaced. 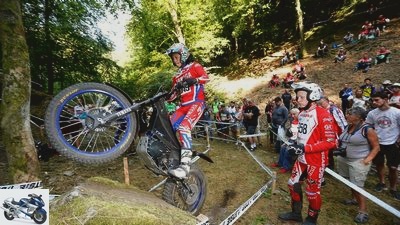 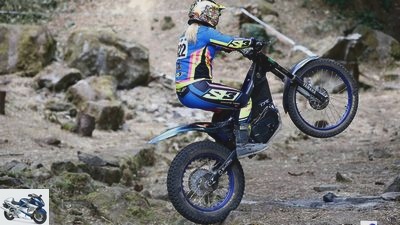 5/5
Things are looking up: a finish like a production bike – the electric prototype from Yamaha.

The motorcycle sport association FIM is committed to making Trial-E Olympic. If the advance is successful, the Trialers would start in Paris for the first time in 2024.

Trial-E could be the first motor sport to become Olympic from 2024. The motorcycle sports association FIM announced a corresponding approach to the Olympic Organization Committee on Wednesday (January 30th, 2019).

Trial-E is young and spectacular

As early as 2020, five new sports will be added to the Olympic program at the Olympic Games in Tokyo. The FIM is striving to be part of the portfolio for the follow-up games in Paris with e-trials.

As a prerequisite for this, the IOC has defined certain framework conditions: the sport must be young, accessible for men and women, sustainable, spectacular for spectators, practicable worldwide and must not require a completely new infrastructure. So, as it were, tailored to Trial-E.

However, the FIM initiative is not a sure-fire success, emphasizes the association. Too many other sports want to achieve Olympic status as well. The official application to the IOC should be submitted shortly. The IOC will then decide on the new sports for Paris 2024 after the 2020 Games in Tokyo. In addition, the FIM Trial-E will try the World Games in Birmingham (USA) 2021 and the European Games To be launched in 2023.