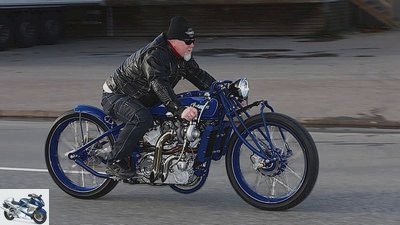 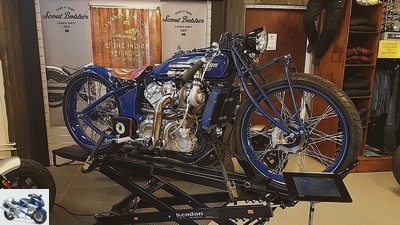 1/11
The Indian Super Scout, built in 2017, is intended as a reminiscence of the Swedish Indian co-founder Oscar Hedstrom. 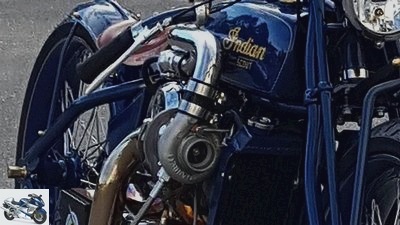 2/11
Equipped with a fat Garrett T25 exhaust gas turbocharger and boost pressure regulator, the V2 has between 150 and 200 hp. 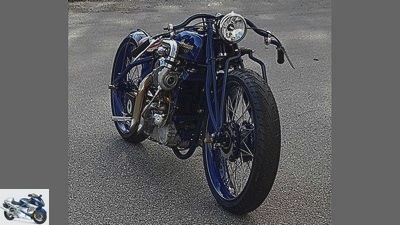 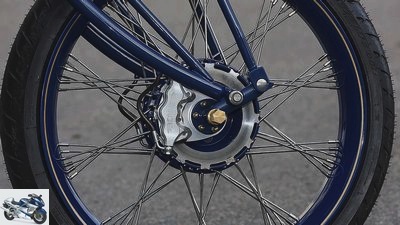 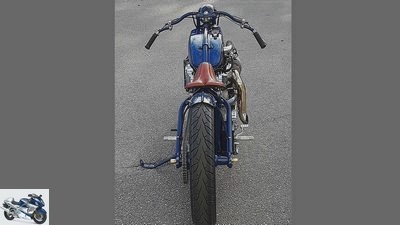 5/11
The overall result is an ultra-narrow line. 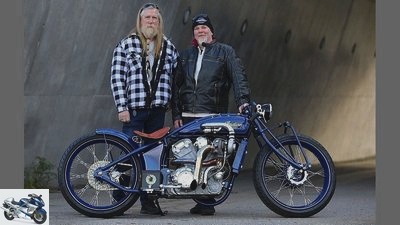 6/11
Behind Fullhouse Garage Shop and the Indian Super Scout are Anders Lundgren and Lasse Sundberg. 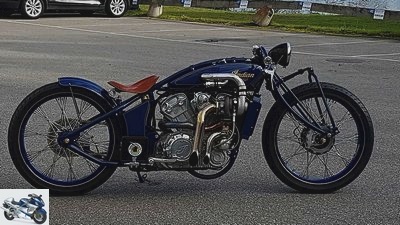 7/11
The Super Scout requires a long sitting or, better, lying position. This should guarantee a dragster feeling. 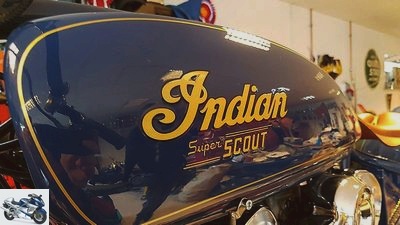 8/11
The electrics and other components are located under the elongated dummy tank. 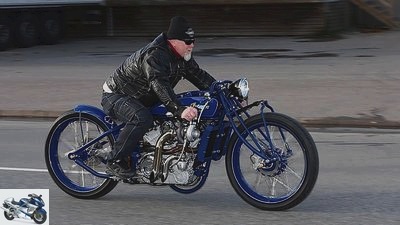 9/11
The Super Scout is supposed to combine the look of the 1920s with modern technology. 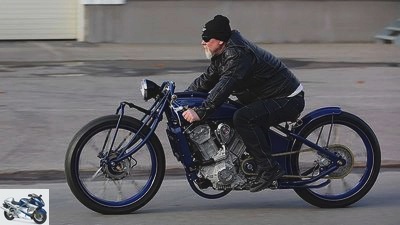 10/11
The last coordination drives are currently taking place, because the Super Scout is to become a daily driver. 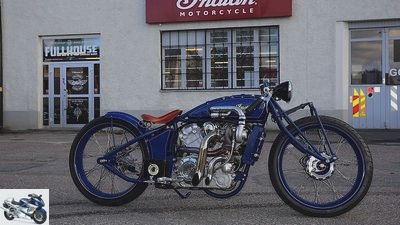 11/11
The full-house garage Indian Super Scout is actually not for sale, but who knows what is coming……….

Looks 100 years old and has 200 hp. Based on an Indian Scout, the Swedish customizers from Fullhouse Garage Shop have built a spectacular turbo bike.

The 1,133 cubic centimeter V2 from a 2016 model serves as the motor base I.ndian scout. It was equipped with a Garrett T25 exhaust gas turbocharger and converted to run on E85 ethanol. Since the boost pressure is infinitely variable, the Indian pilot can control 150 to 200 hp as desired, which are passed on via a chain to the filigree wire spoke rear wheel with a diameter of 23 inches. When it comes to exhaust gas routing, people are liberal. The manifolds open as side pipes next to the engine without additional silencers.

The potent V2 is at home in a classically drawn rigid frame that Lundgren made himself. At the front, a fork from supplier W guides and springs in proper style&W with leaf suspension. A 23-inch wire-spoke wheel, which, like the rear wheel, is fitted with a 3.75-inch wide tire, also turns between its spars.

The pilot sits, or rather lies, on a spring-loaded leather saddle and has to stretch over the narrow dummy tank, which hides the entire electrical system and other components, to the downward-cranked tubular handlebar. According to the builders, this brings back the authentic dragster feeling from the 1920s, when Indian bikes were a force on the dragstrip. The actual tank sits under the seat and disguises itself as an external oil tank.

Turn signals and headlights rely on modern LED components. At the front, a small Beringer six-piston brake caliper decelerates on a small disc, and at the rear a billet caliper that uses the sprocket as a brake disc. All vehicle data and measured values ​​can be transmitted to external devices via Bluetooth.

Should be driven daily

The one-offs should be perfected in such a way that Anders Lundgren can use it as a daily driver. The last coordination runs are currently underway. A sale of the unique item is not planned, but who knows what’s coming.