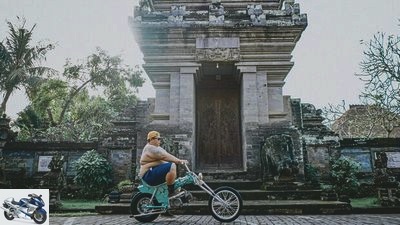 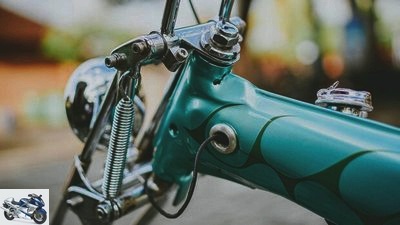 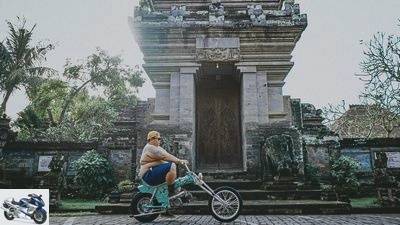 1/11
If you are in the right place in Bali at the wrong time, you have to get half naked and pose on a converted motorcycle. Off to Bali. 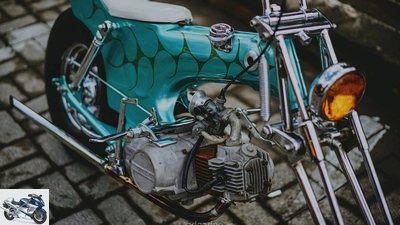 2/11
The centerpiece is the 50 cubic stew from the Honda SuperCub. Correct, exactly the moped that Honda has built over 100 million times. 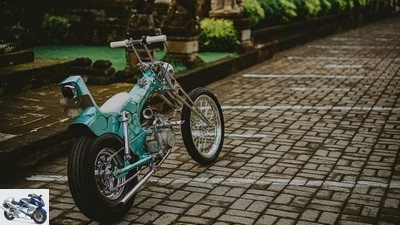 3/11
Zambrag welds a new rear end with an integrated sissy bar and self-made rear light to the frame of the Dax. The dampers are from the accessories, the rear rim probably from a Suzuki Fronte. 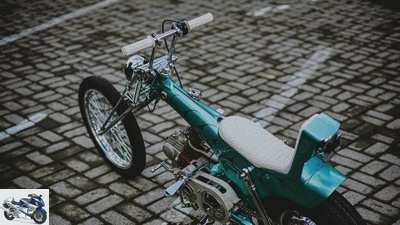 4/11
At the front there is a girder fork made by Zambrag Garage. Similar designs were widespread until 1950, the Hossack fork is based on it. Not to be confused with the Harley Springer fork. 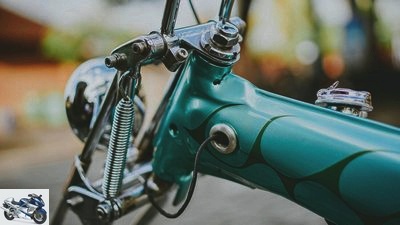 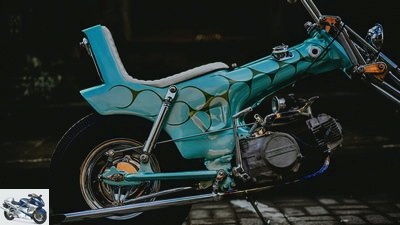 6/11
…something that can by no means be said of the Hech. 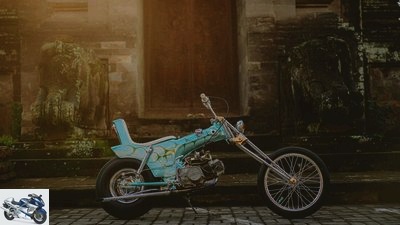 7/11
Zambrag Garage is based in beautiful Bali and mainly builds old school choppers and bobbers. 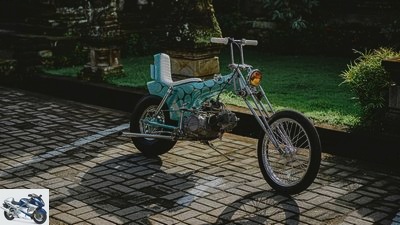 8/11
Many large choppers could flex a slice of this design and the lines. 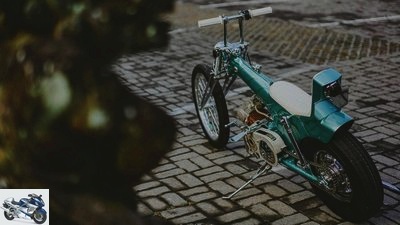 9/11
Note the stylish Firestone-look tires. At the back 10 inches, at the front 17 inches, with a white leather bench seat in between. 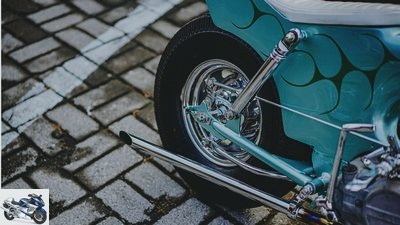 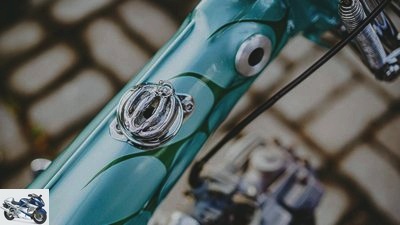 Honda Dax Chopper conversion
Today something from the Thai?

Anyone who has ever dealt with the Asian two-wheeler scene knows that there are, for the most part, wonderfully personable crazy people on the road. And such souls need suitable mopeds. For example a chopper from a Honda Dax.

And when the pictures show a long fork Dax, a temple, a sturdy, subtly tattooed man in shorts, this story will write itself.

From choppers and farmers

In general terms: Chopper builders and their drivers usually take themselves extremely seriously. Like Atlas, they stand in the center of all earthly being, carrying the weight of the two-wheeled world on their shoulders. Well, as is the case with flat rates, it is not always the case. And that is definitely not the case with the men around Zambrag Candra from the garage of the same name in Bali. This is the only way to explain how an old Honda Dax can be turned into a long-fork chopper with flake paint.

Motors are colloquially referred to as bulletproof if they can only be destroyed by gross mischief, no oil or the flex. The Honda C100 engine is one of them and proves this in over 100 million Honda SuperCubs, in which it is originally installed. Zambrag adapts the pressed steel frame of the Dax to the engine and reworks the rear into a real chopper butt. The fork is a self-made by Zambrag and works according to the Girder principle. So it is a trapeze fork as you know it from old Indians or DKW bikes from the first half of the old century. An unbraked 17-inch spoke rim from a regional supplier turns inside, while a drum-braked 10-inch rim from some old Suzuki car is used at the rear – it is believed to be a two-stroke Suzuki front from the late 1960s. But this is another story.

Great, on the verge of slapstick. It is precisely because of such motorcycles and their builders that our hobby is the right one.