A choice that may seem surprising, just like the large hunting of the front axle and the strong inclination of the fork. The Kawa seems to take the geometry of the motorcycles of yesteryear although its mechanics are quite modern. Seeing the cockpit, we suspected that the GPZ had not only stuck his dashboard there 1100 ZZR. It also granted itself its engine block, however moderated to stick to a more GT use. A different cylinder head and less nasty timing diagrams bring the power down to 129 hp.
How to place the GPZ 1100 in the Kawa range, with its big engine and its rather shy fairing for a road? In fact, between the ZZR and the GTR. It leaves ultra fast tourism for one and Grand Tourism for the other. Its domain is the road at good speed for those who want a fast and available motorcycle but who don’t give a damn about the carbon, magnesium and other ingredients of the Superbike..
So his thing is to ride. And since we’re not going to take him to the circuit, we like to have some practical aspects. There are thus adjustable control levers in spacing, a fuel gauge (not very precise), a clock, a trunk and a storage for a U under the saddle, bungee hooks, a good handle for the passenger and a crutch. central well arranged. The manufacturer did not treat the GPZ to economy and the finish does not suggest any criticism.

In use, the GPZ 1100 gradually but surely deploys its qualities. She knows how to build confidence in the absence of provoking the spark of passion. Indeed, she lacks that little touch of sex appeal that makes you spontaneously go towards her rather than another. It’s a shame because facing the CBR 1000, GSX-F 1100 and other FJ 1200s, the GPZ has its say. 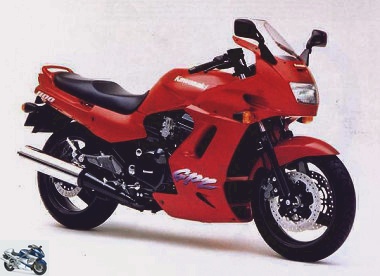 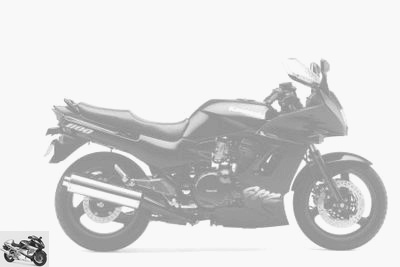 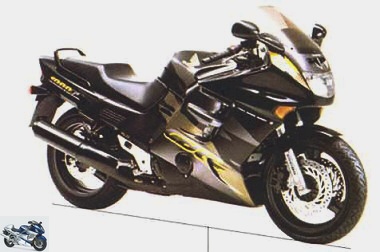 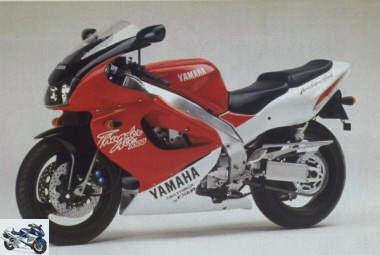 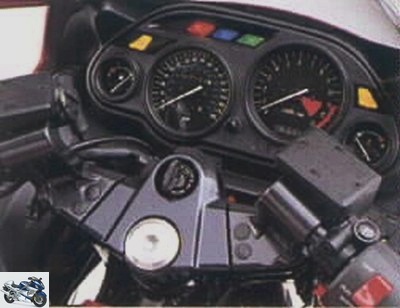 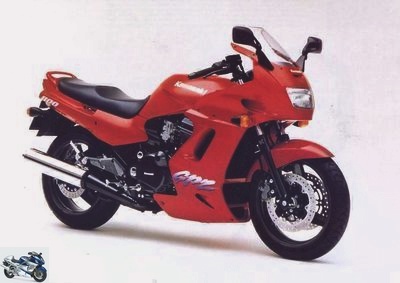 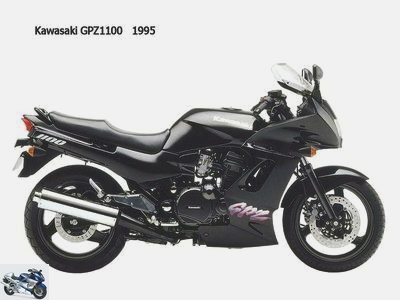 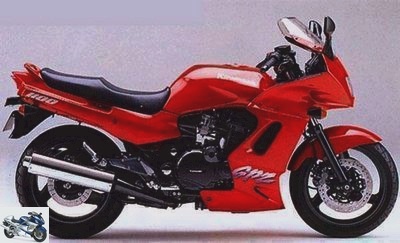 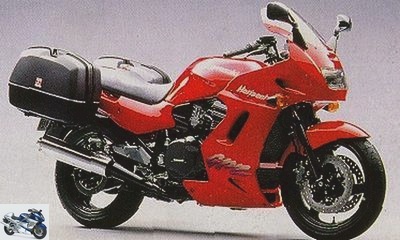 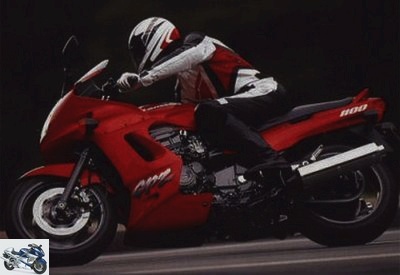