Externally, not much has changed on the ZX-12R: a larger but better designed air intake, a higher screen, smaller mirrors … apart from that, the developments are mostly internal and the big kawa changes radically in behavior.

But Kawa has managed to preserve the essential, namely its superb engine which offers you no less than the trifle of 178 nags. Along with that of the R1 and that of the Hayabusa, it is one of the most expressive 4 cylinders on the market. It has been very little modified (new mapping, vilo with more inertia, reinforced clutch …) and we will not complain. The acceleration offers an excellent feeling and is easy to adjust. The available power is enormous and makes it possible to squirt turns but sufficiently docile to accelerate very early in the curve. To contain so much enthusiasm, the chassis must be imperturbable. And on this point, we could not restrain a certain apprehension by remembering the old 12R. It was heavy and slowed down too much when changing angles – not to mention that it tended to widen the trajectory. A lack of liveliness that does not know its direct competitor, the Suzuki 1300 gsx-r. The first ZX-12R however argued a single element: an aluminum monocoque frame supposed to offer stability at high speed and agility in small rows. If there is nothing to say about stability, one could not be really satisfied with the rest. With this new version, these resentments are forgotten. The geometry of the machine evolves: the column angle is more open, the trail increases, the rigidity has increased and a host of small details transfigures the handling of the machine..

Now more incisive, the 12R 2002 has gained in ease, efficiency and aggressiveness. The driving position, closer to a sport-GT, makes it possible to negotiate changes of angle almost perfectly; there is still a slight resistance to straightening the bike – however, nothing to do with the old one where you had to fight. Of course, such a monster cannot be piloted like the last hypersport … the respectable weight and colossal power leaves little room for improvisation. Efficiency can only be acquired through anticipation. The front axle is reassuring with its precision, but care must be taken not to go out too far when accelerating hard on the angle. Nothing exceptional for a machine of this size and less pronounced than on the previous vintage. The other big improvement comes from the suspensions. Now more comfortable, they retain the stability of the machine. Kawa can always be criticized for keeping the huge 20cm tire. OK, that throws some, but it puts a strain on the handling. At the same time more rigid, more precise, more agile, and less expensive (now almost at the same price as the Hayabusa), the ZX-12R has evolved very well. It recovers the best of the first generation and displays a rigorous behavior. A machine certainly a little marginal but which deserves to be discovered or rediscovered. 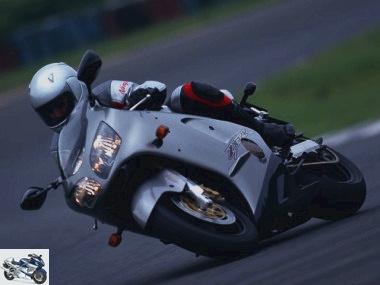 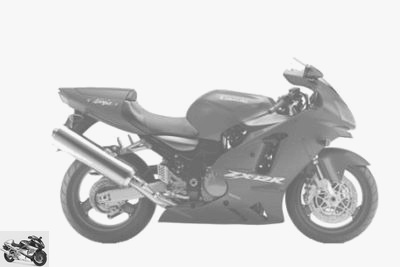 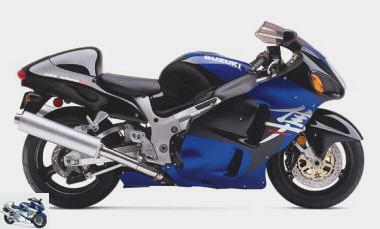 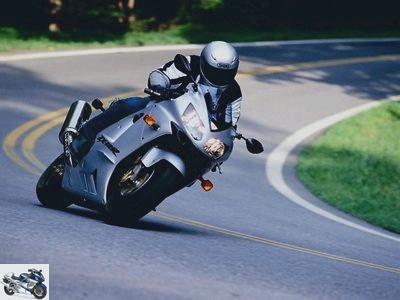 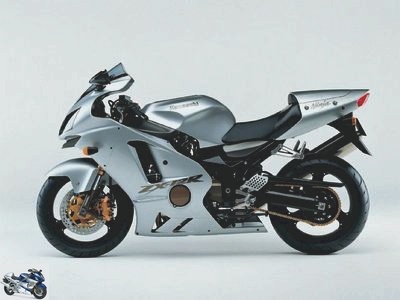 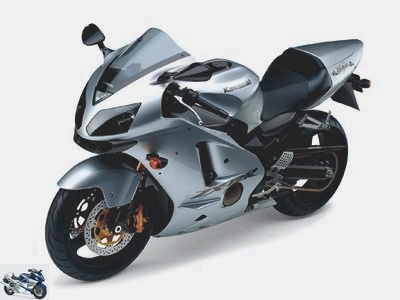 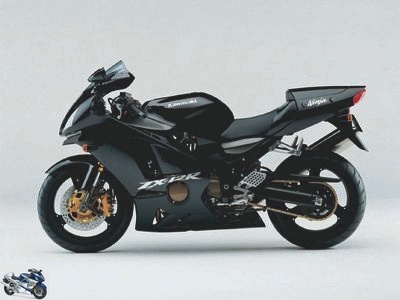 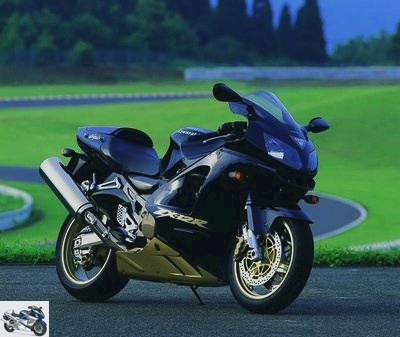 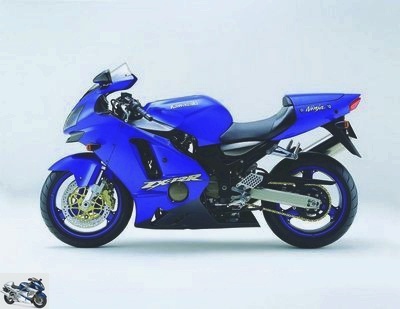 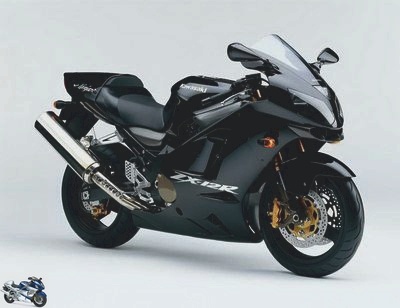 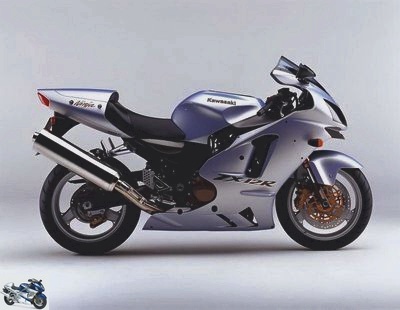 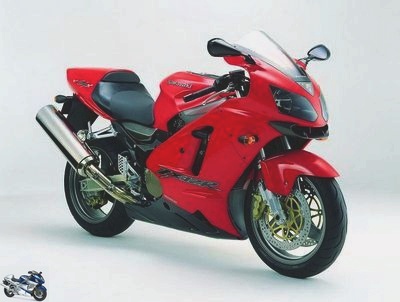 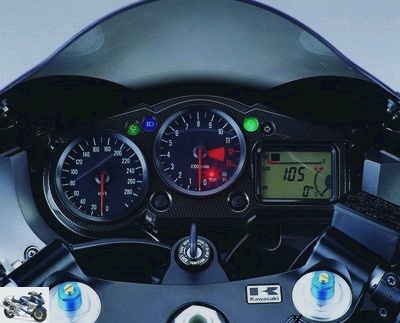 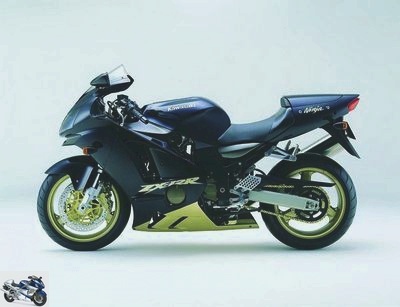 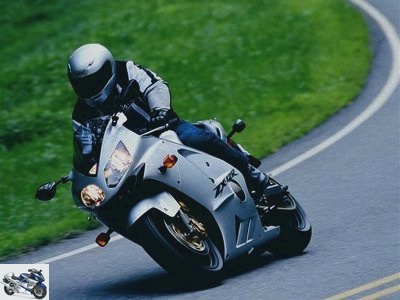 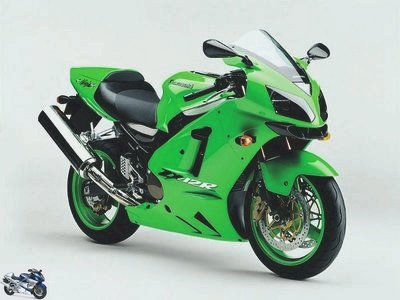 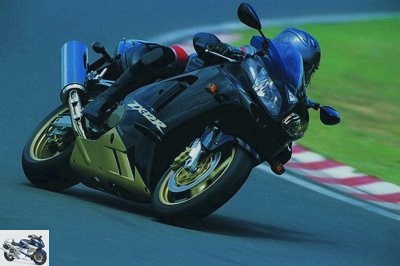 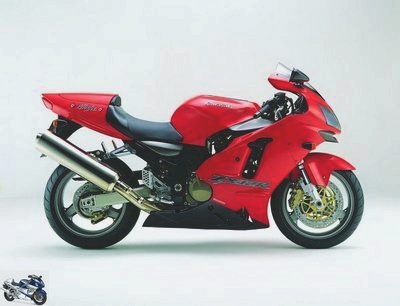 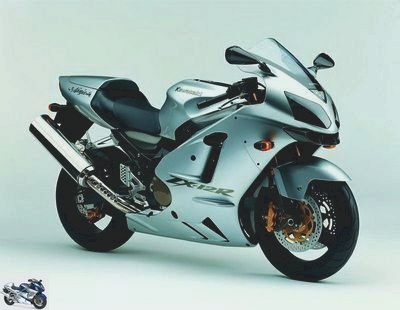