Lover of the road, the 1400 GTR is a special case in the production of Grand Touring machines. It is the only one to be equipped with a hull frame and a 4-cylinder with variable valve timing. Long-haul backpackers will be more seduced by its services.

And precisely, the Kawa decided in 2015 to refine the comfort on board.

Unchanged silhouette, preserved technique, preserved presence … it is on the side of the detail that we must look for developments. They relate first of all to the pilot’s seat. The saddle has revised its shape in order to allow the pilot to put his feet more easily on the ground, and the passenger to gain in comfort and support. The windshield is always electrically adjusted, just with the left thumb, and now has a window adjustable to 2 positions at its base. This opening reduces turbulence for the pilot.
The Greens take the opportunity to review the ABS module, more compact and offering more precision. A little touch of class, stainless steel crowns cover the counters. On the mechanical side, the 1st gear of the gearbox has been shortened and the ECU recalibrated to facilitate takeoff. With its generous engine, did this ship really need it?!? But we are not going to refuse a little additional flexibility. In terms of the steering, a new fork axle seal makes it a little lighter. Ah, too, the rear suspension tuning has been revised to better suit heavy loads..

In general terms, the 1400 GTR remains true to its philosophy and includes a lot of elements to go far with the necessary equipment. For the comfort of the hands, the heated grips are standard, and it is difficult after tasting them to do without the more than the 1400 GTR: KIPASS keyless start system, tire pressure control, 12 V socket, Tetra gimbal. lift, glove box on the tank, 14 mkg of torque and 155 horsepower below, the KTRC, its anti-skid system, the K-ACT, 2nd generation coactive assisted braking – the pilot has 2 possible choices of brake management depending on its style and / or driving conditions, its 37-liter suitcases, the optional 47-liter top-case, the selection of power modes, and the little taste of ZZR it has in the pistons . In his segment, the competition is tough, but it doesn’t seem to impress him. 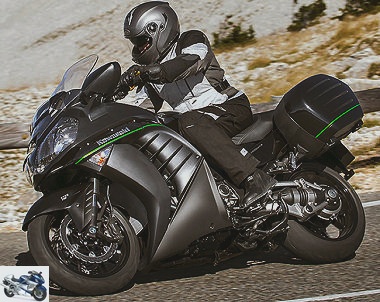 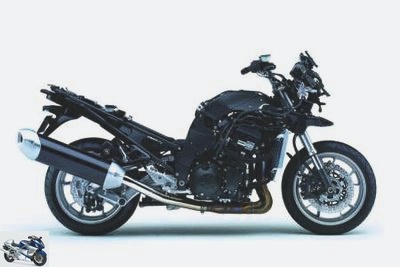 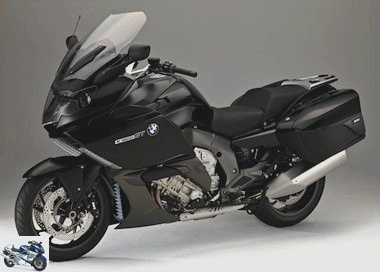 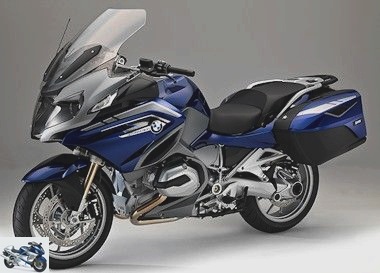 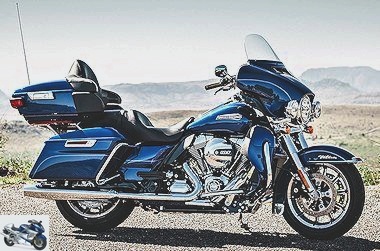 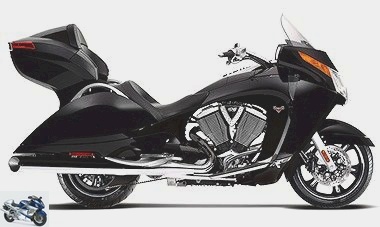 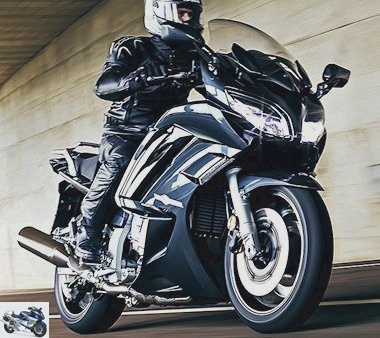 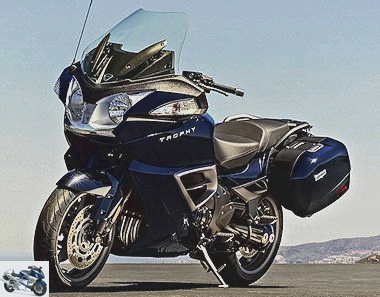 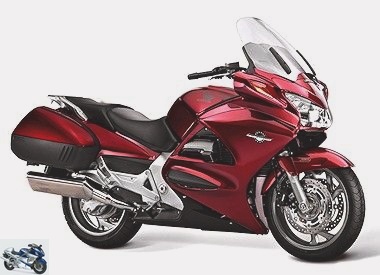 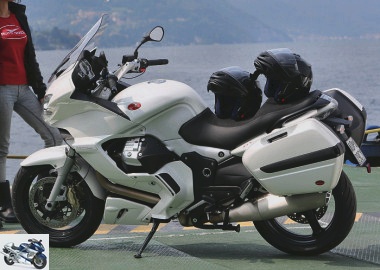 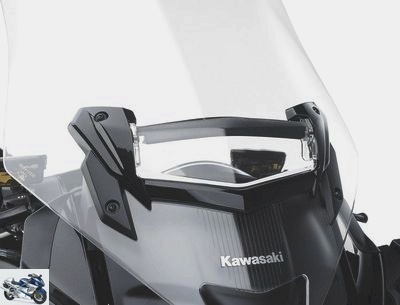 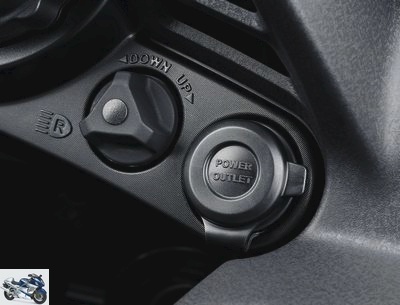 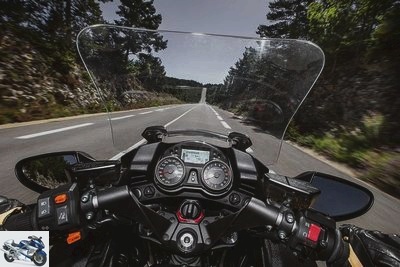 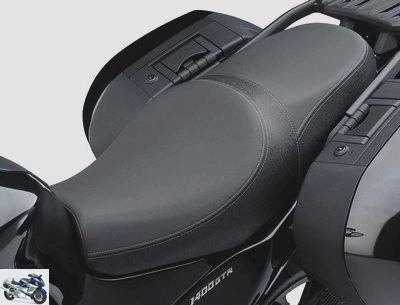 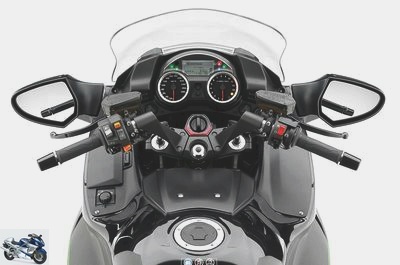 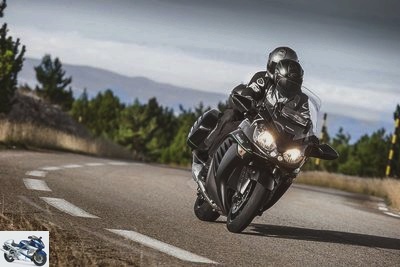 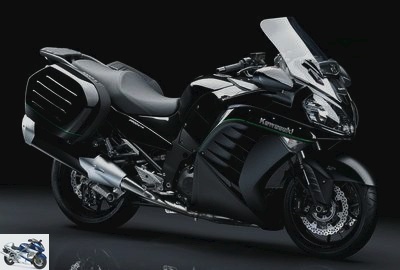 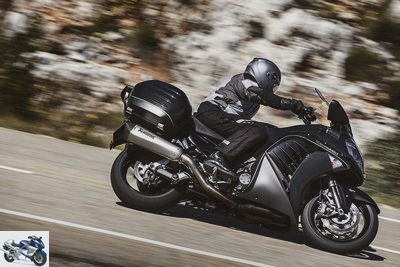 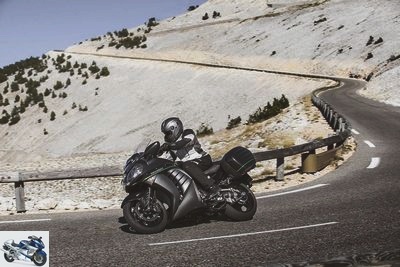 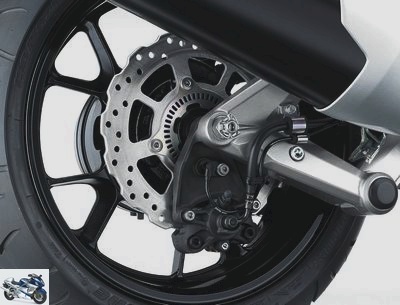 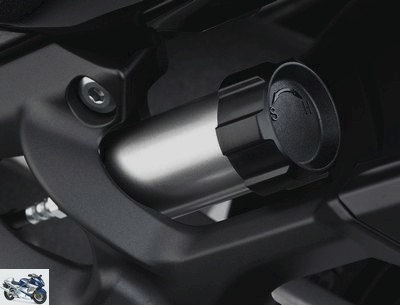 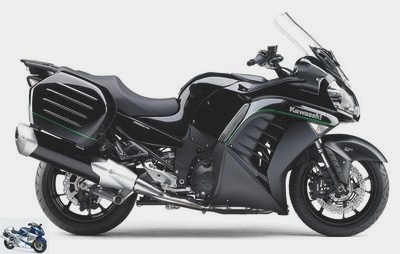 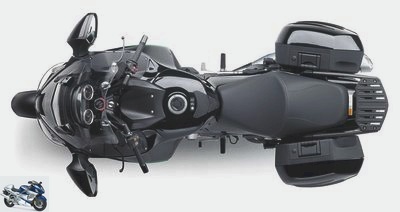 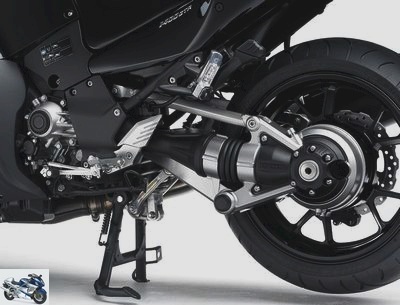 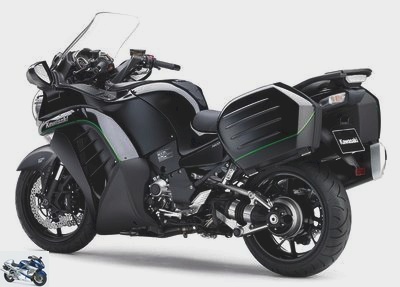 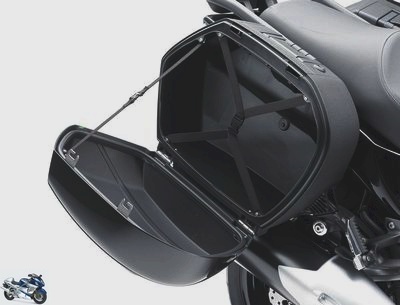 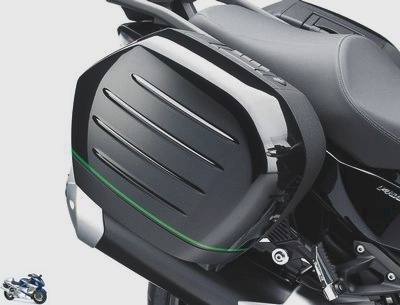 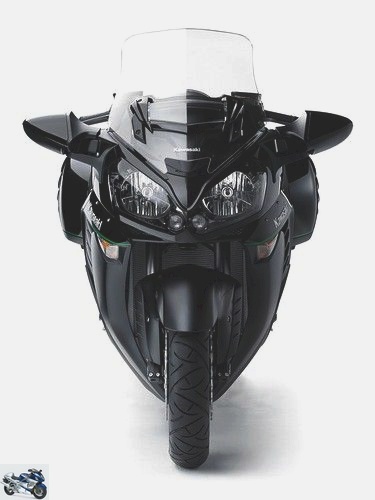