As is customary, the evolution of the ER-6n roadster continues with an update of its sister ER-6f. Since 2012, the mid-capacity roadster sports a frankly sexy new fairing, with big eyes full of life and fairing sides in Edge Design..

The old version had a very strong ZX-6R inspiration; “phase 3” retains this sporting tendency while softening the line. We even discover a little nod to the new ZZR 1400: this comma hollowed out in the top of the fairing.

Building on the naked version, the ER-6f perpetuates this urge to travel with a whole host of bonuses that go hand in hand with its evolution. To assert its status as a roadster, it is now equipped with an adjustable windshield. Its new dashboard, with a somewhat sad style, displays the speed with a good old needle; everything else is entrusted to digital, with the novelty of the display of the remaining autonomy, the instantaneous or average consumption, and the witness of the economic world.
The Kawa 650 F is equipped with a completely new chassis: both the frame and the swingarm are made of a structure made of double steel tubes. Combined with the reconfiguration of the engine, more torquey and more playful, the machine promises to be even more fun to take along the avenues or between the virolos. But also more comfortable, because the new two-stage saddle promises to be more accommodating for the hindquarters and more pleasant so that your feet come to the ground when stationary.
The braking remains faithful to its petal discs pinched by 2-piston calipers; optional ABS braking is now lighter and more compact. 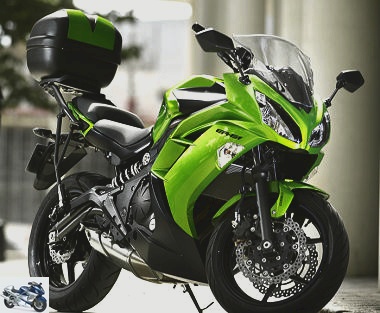 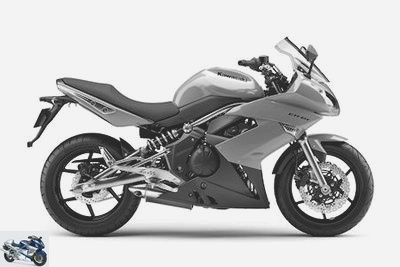 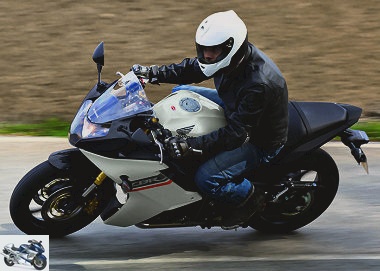 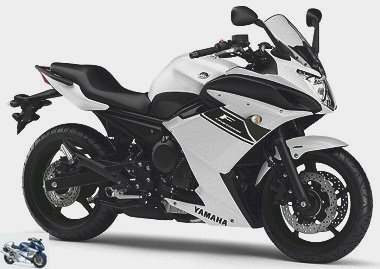 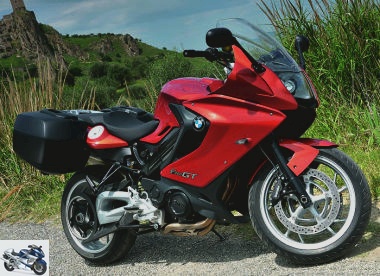 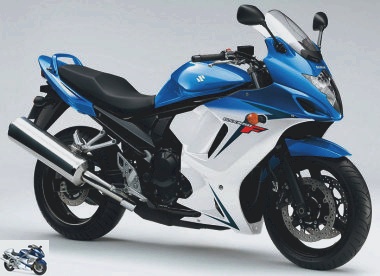 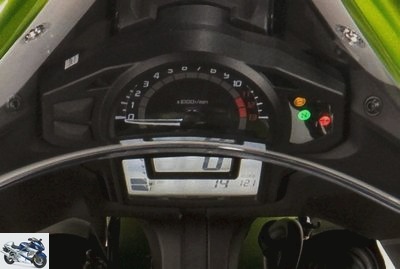 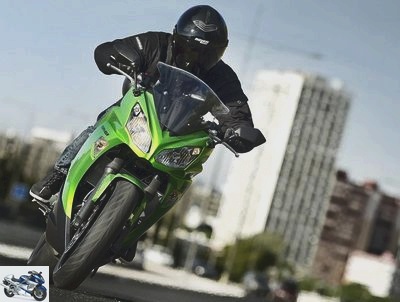 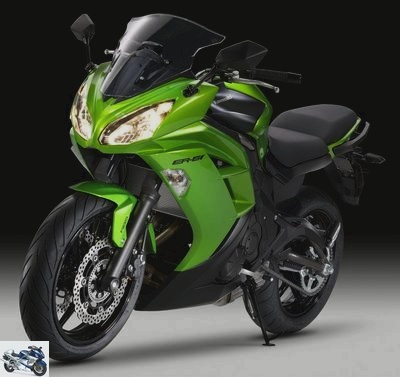 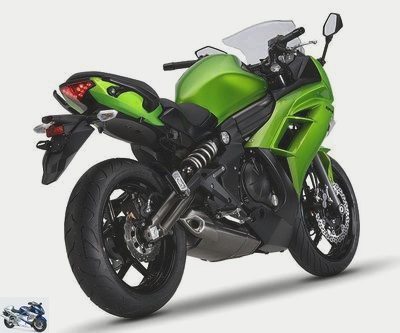 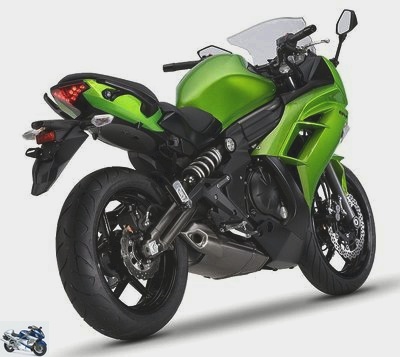 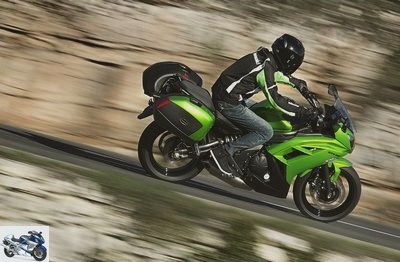 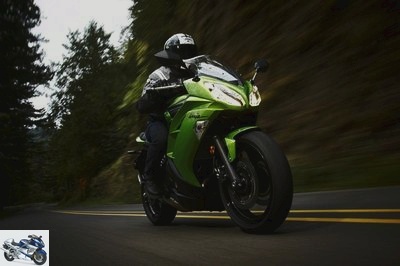 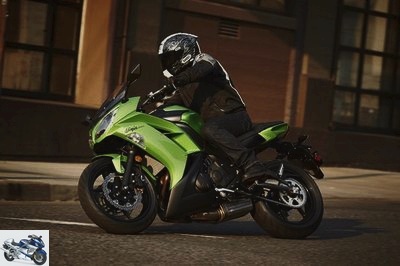 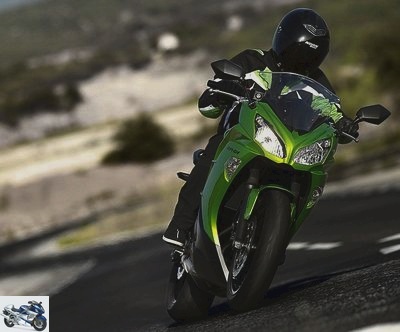 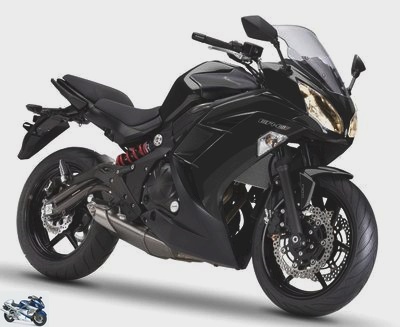 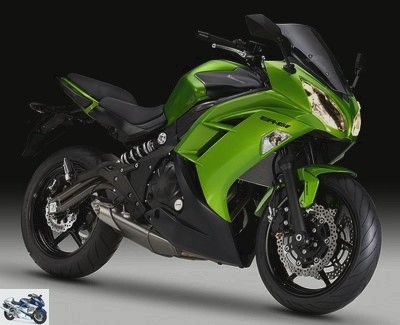 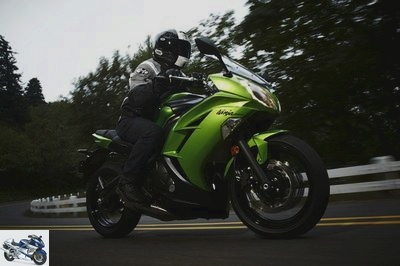 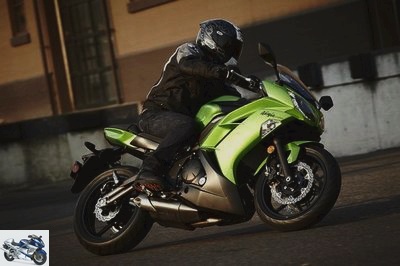 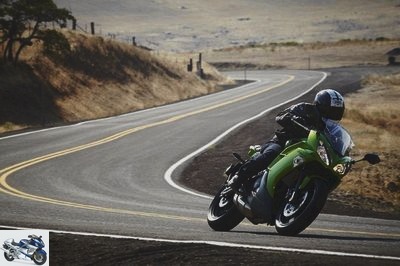 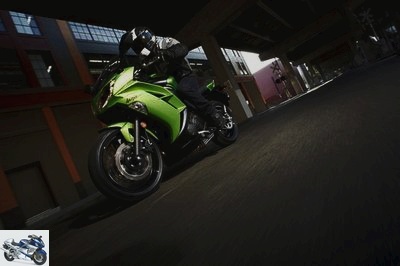 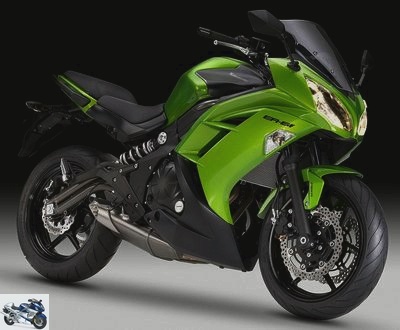 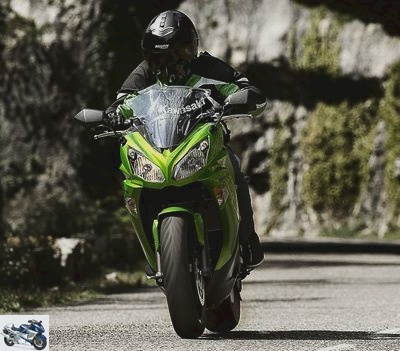 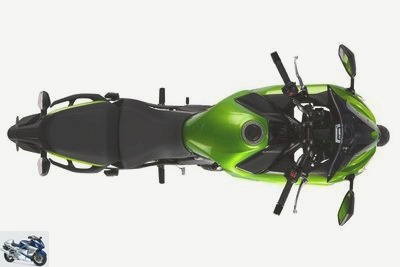 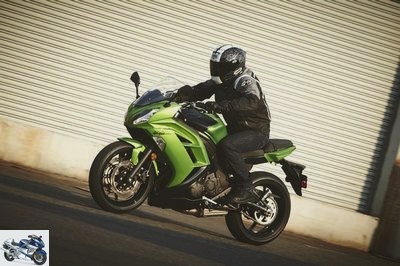 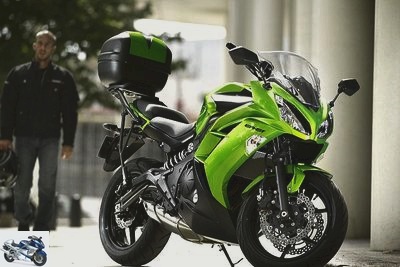