The Kawasaki ER-6n is a particularly strategic model for the brand. After the Z 800, this is Kawa’s best-selling model. Suffice to say that any modification of this roadster is not taken lightly. This is also why during a previous overhaul in 2009, the ER-6n was only slightly but subtly retouched.

For the 2012 – 2015 version, Kawa took more risk while preserving the essentials. On the design side, this version follows the trend of its lineage. Immediately recognizable, we can see that it has changed a lot. The fork crown has lost its fangs to sport a more bio-mechanical face. The tank adopts, as has become the fashion, a front part consisting of the airbox cover. The shoe is now sharper in its design, the radiator scoops have got rid of their turn signals, and we can even guess that mustaches have grown under his cheeks, creating protective covers for the fork tubes..

Should we conclude that this ER-6n was born under the banner of austerity? Far from it. The machine is rather placed under the sign of the sparkling. To add pizzazz, the twin has revised its wattage claims to deliver more torque at low revs and in the optimum range of use. Power has been smoothed down to soften the character of the twin.
Let’s come to the big evolution of this ER-6: its chassis. Undoubtedly to reinforce the dynamism of its toy, and perhaps a little to forget the few appearing cases of frame cracks, Kawa offers its roadster 650 a whole new perimeter structure with double steel tubes. Almost looks like a frame of Triumph Street Triple. The swing arm has also been replaced by a double tube element. The rear damping is always positioned in an original and offset way. When braking, the two front discs with petals are more than sufficient for both urban and jovial use. After quite a few years of domination in its segment, this Kawa must now share its leadership with the Yamaha MT-07. These two little gallopines have not finished bickering, and enchanting new bikers as well as more seasoned ones. 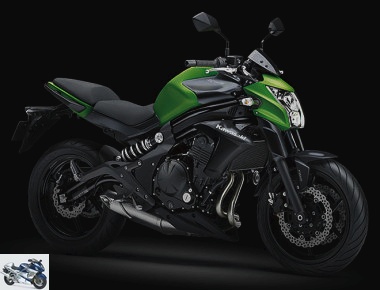 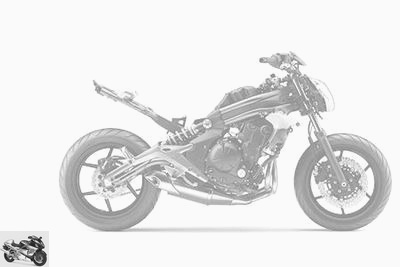 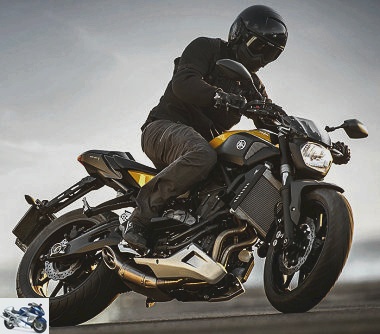 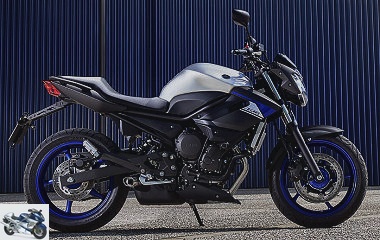 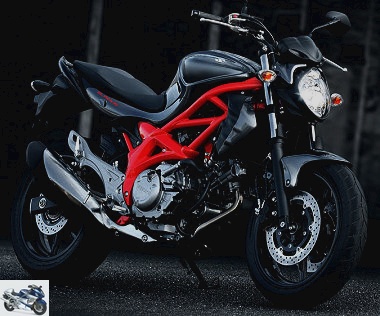 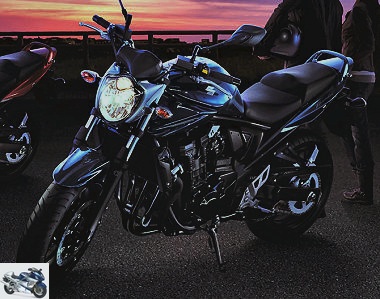 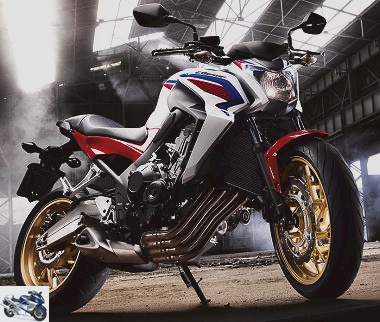 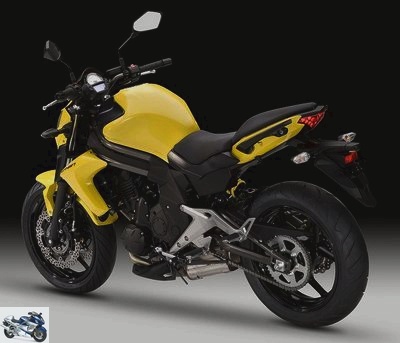 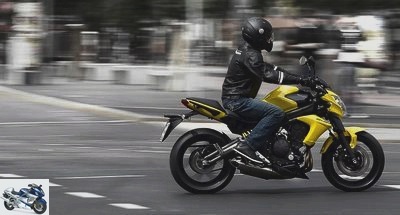 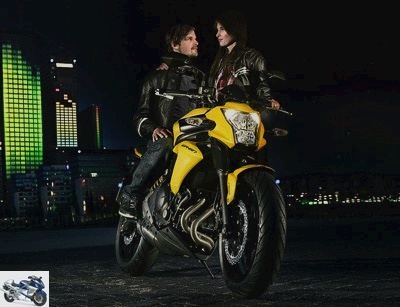 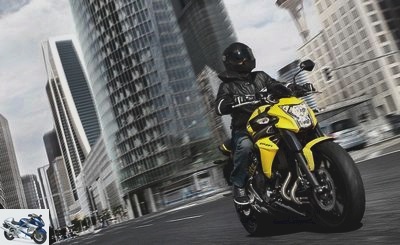 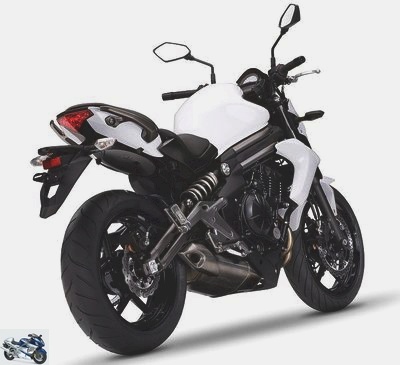 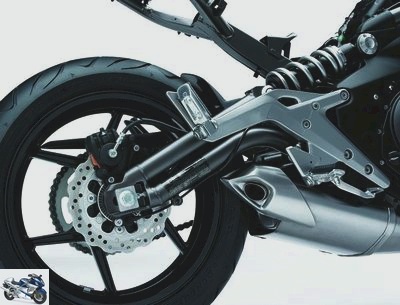 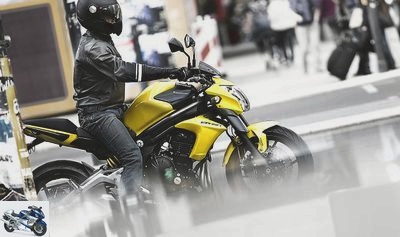 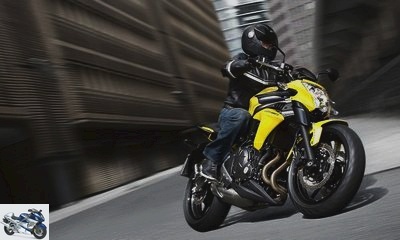 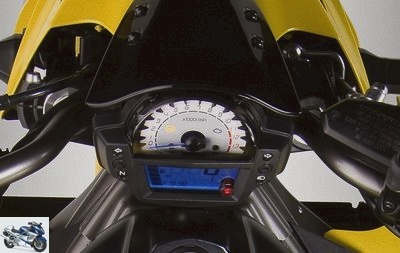 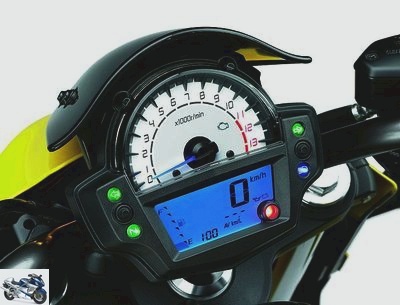 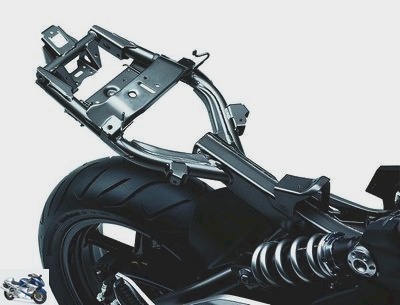 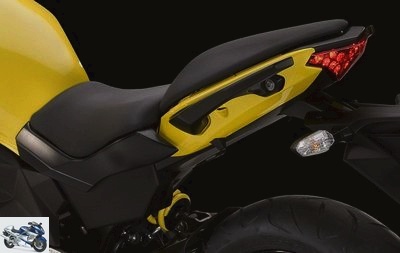 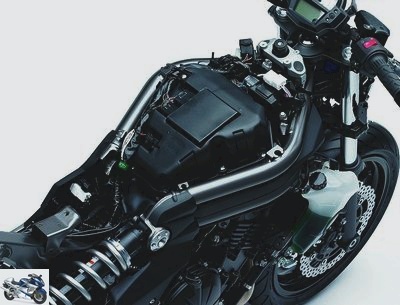 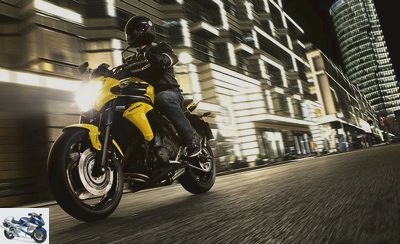 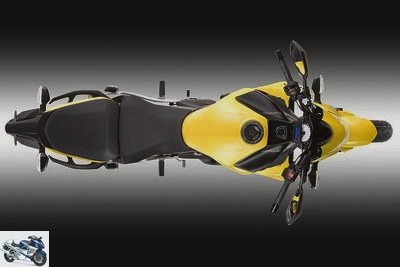 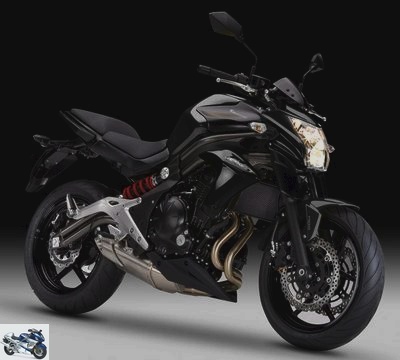 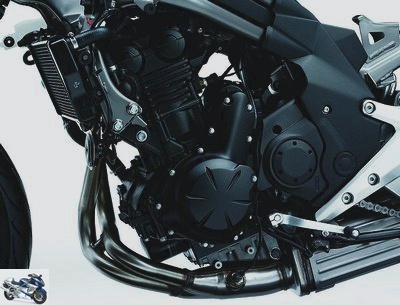