Like many of its colleagues, Kawasaki had its best years in 125 with trails and off-road machines. This is the path chosen by the manufacturer for its return to this displacement. 2 small machines are responsible for conquering the hearts of young people: a supermot \ ‘(the D-Tracker) to wriggle in the city in a sport version; and a trail to venture here and there or walk from the city to the countryside.

The KLX 125 is therefore fitted with spoked rims fitted with nipple tires. The bellows on the fork tubes will bring back some good memories to some, and will also take care of the protection of the tubes against mud and gravel. Light and compact, the KLX wants to offer itself to everyone thanks to its small size and its easy as well as immediate handling. The choice of engine should contain the price but you should not expect a violent mill. With the injection and the work of the engine manufacturers, it will be clean; but technology is not about performance. Mono 4-stroke and air-cooled, it will barely reach 10 horsepower. Let’s console ourselves: it will consume only slab and reliability level, it will be much stronger than the old 2-strokes. The latter had a hellish peach, a wasp noise that gets on your nerves, but it is better not to think about it at all: indecent consumption and scandalous pollution dictated their declines. Still, this somewhat timid attempt will be difficult to shake up the Yam WR 125, except in the area of ​​price. 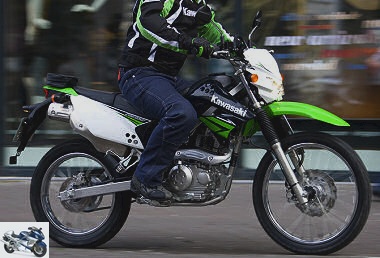 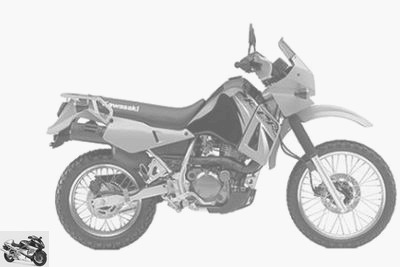 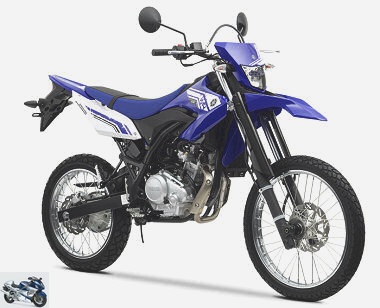 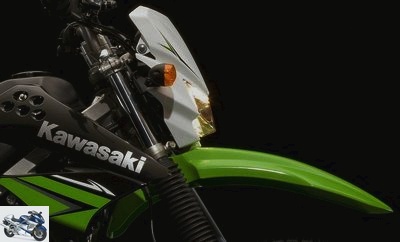 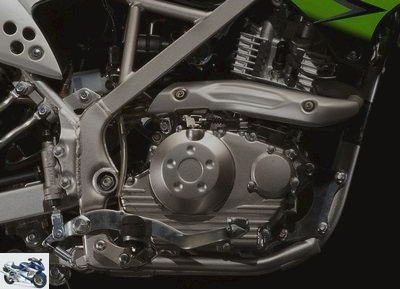 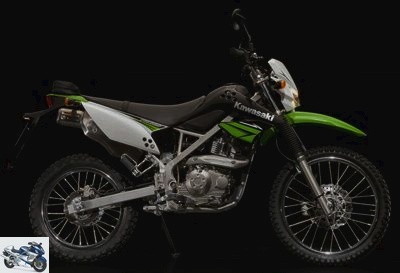 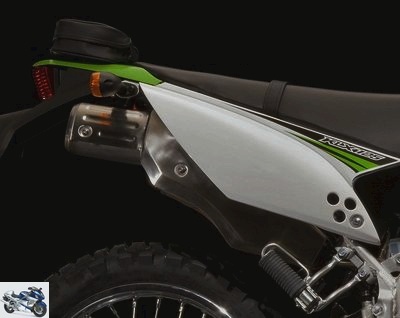