To succeed the Ninja 250 R, Kawasaki did not bother to compromise. Changing a bulb here or a flashing cabochon there, just to talk about developments, this is not the news of this little Kawa. Reality is simpler: we change everything: bigger engine, completely redesigned design, brand new dashboard, revised chassis, improved performance.

What aplomb! Right off the bat, the Ninja 300 R shows that it plays in a different court. Dynamic and sharp design, sports aluminum footrests, indicators integrated into the sidewalls, ZX-6 R look, ZX-10 R type floating screen, fairing and rim designs inspired by the ZZR 1400 – this machine is emboldened by the aura of the big guns of Kawa. Nothing to say, it throws. From near and far, the mininja (Contraction of mini and ninja, lol) is bigger than it is.

Hard to believe a 300 lives down there. Rather 296 cc to be precise. With this ladle of displacement in addition, the Kawa offers itself something to go to the top of the category, and stand up to its designated rival: the Honda CBR 300 R.
But what about this engine? New twin or re-bore of the 250? Simply lengthening the stroke of the pistons, which is always good for the torque. Between the crankcases, it’s techno: double butterfly injection and controlled slip clutch; the kind of stuff you usually see on a supersport. In the sense of comfort, engine manufacturers have optimized the level of vibrations and heat dissipation. The fairing sides are also designed for better heat dissipation.
With a power at the dawn of 40 horsepower, we can start having fun with this 300. Head in the bubble and retro retracted, a young driver should hang a good top speed, surely enough to burn the license. But no risk: we will only go quickly on the track … The main interest for daily use is more torque and better acceleration..

Forget the traditional and sad Renault 5 type needle dashboard. Make way for a brand new sports instrument panel: high-pitched design, central analogue tachometer and digital remote display. The digital screen informs about the speed, the time, the fuel gauge, double trip, and offers as a bonus an economy driving light.
But to take advantage of all this, there is no question of keeping the fire structure of the 250 as it is. Place a new frame, a wider tire now displaying 140 mm wide, and worse, if we also put on an ABS. Surprising, isn’t it?!? And yet, the Ninja 300 R may well be equipped with anti-lock brakes..

This Kawasaki Ninja 300 R brilliantly replaces the 250, and offers excellent arguments. A real machine of conquest for emerging countries, where most manufacturers are honing bestsellers in this range of displacement. The echo will not be as striking in our country, more fond of displacements twice as large at least. But times are changing, energy now eats up a big part of the wallet, and it is no coincidence that more and more models are occupying the 125 to 500 cm3 range. Mininja, it’s your turn ! 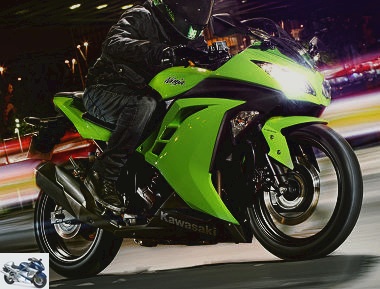 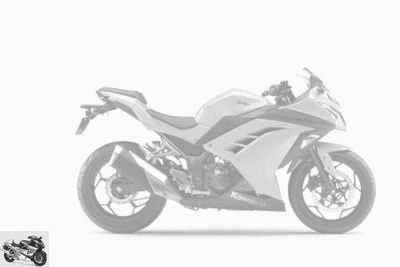 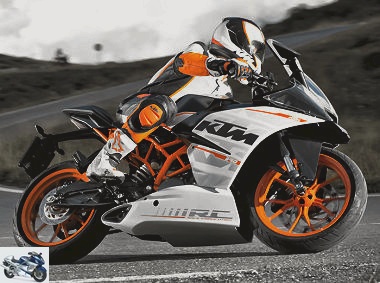 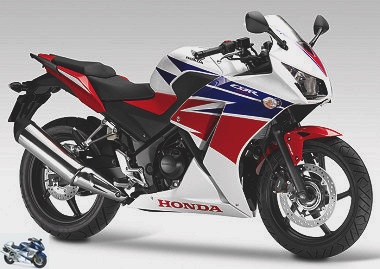 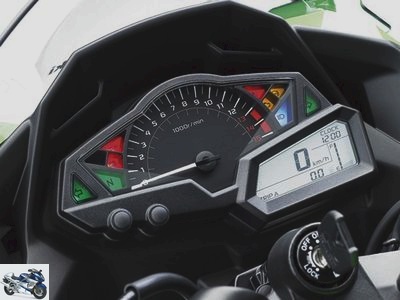 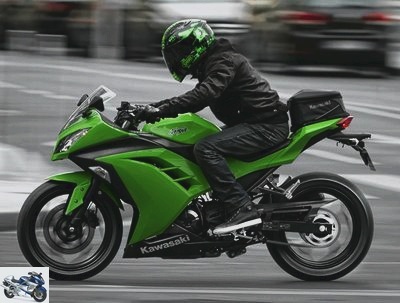 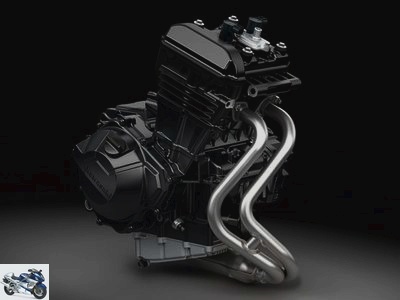 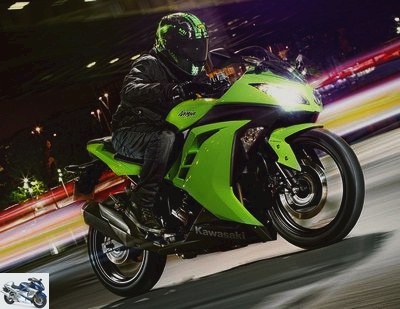 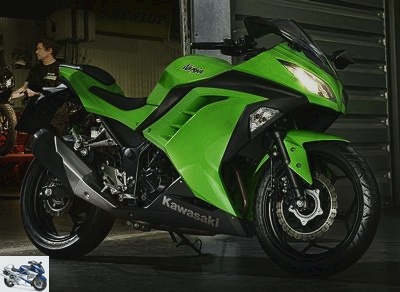 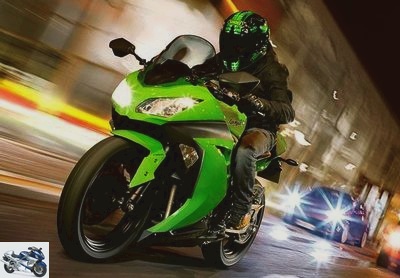 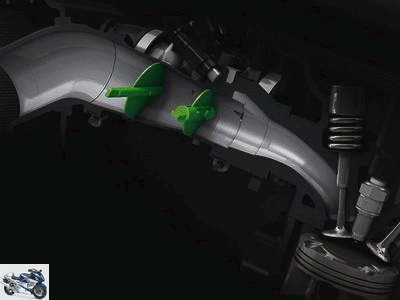 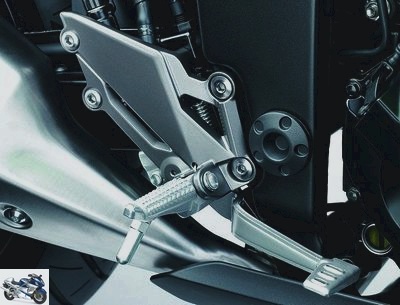 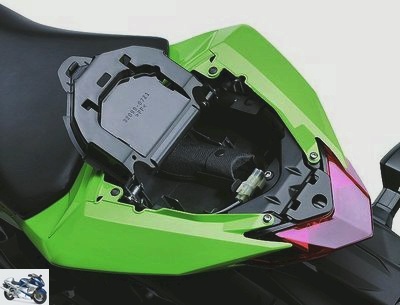 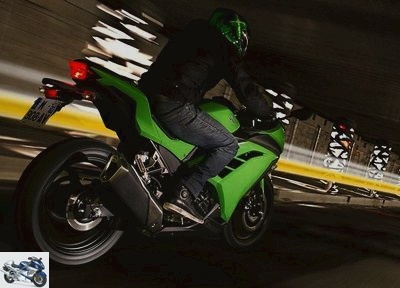 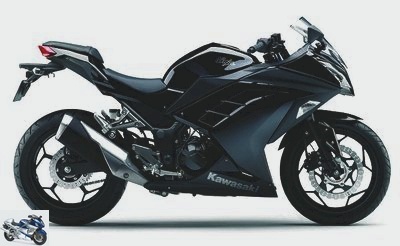 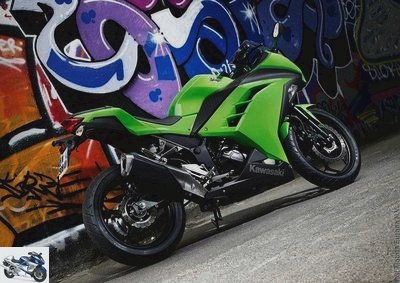 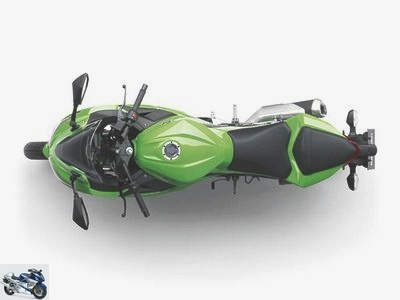 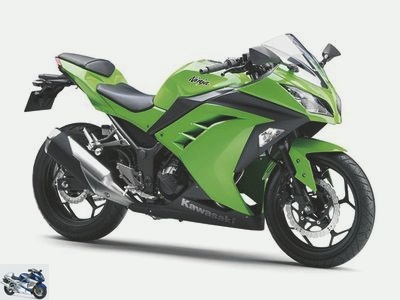 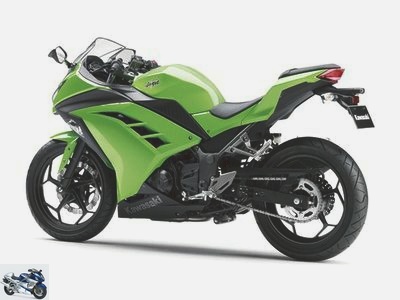 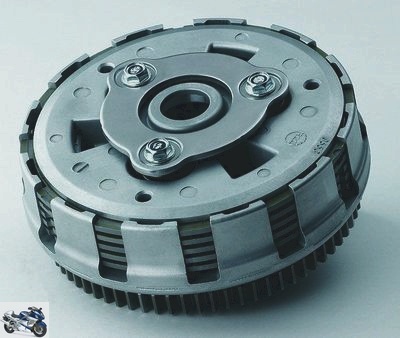 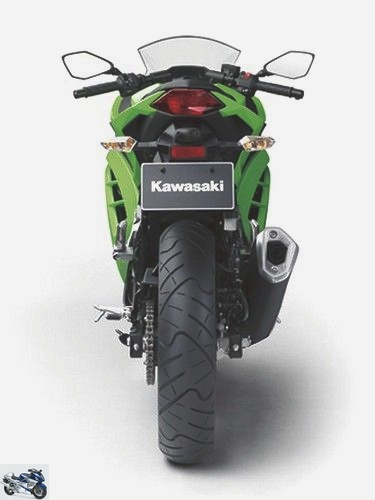