By launching the most demonic production motorcycle on the market, Kawasaki dared a madness that no one dared hope for. Reserved for the circuit, the H2R knows no lap times, no roads, and almost no limit. So, his father gave him some with a civilian version, the Ninja 1000 H2.

Strong of the same forms, chassis and compressor, it suffered from the comparison only by a power lowered to 200 horsepower, the loss of the carbon fairing and an almost wise road equipment. But when the compressor began to force-feed the 4 cylinders, we felt another dimension open up.

2019 will feast all that a bit. The recent arrival of the H2 SX having made the brains of engineers on the engine side smoke, it is good practice to take advantage of technical updates to boost the H2. And then, on the prestige side, it was necessary to re-mark the occasion. The Sport-GT offering the same watts (but distributed differently) and the ZX-10 R also displaying 200 nags under a hypersport weight (32 kg less), how could this sportswoman of another caliber be serene of his overkill ?
So, we work! And we add watts, full, to move to the next level and calm everyone. By recovering the ECU, the intake chamber, the spark plugs and the air box from the compressed SX, the new H2 now spits 231 horsepower !!! And the figure climbs to 242 units taking into account the forced air system. Almost scary. And symbolic: you will not find more powerful at any dealer from another manufacturer.
And the most astonishing, it is a drop in consumption announced. It won’t be luxury. During our test of the first 1000 H2, the tank emptied almost as quickly as the tachometer needle climbed..

To mark this evolution, the compressor adopts a new badge while the machine receives a whole series of modifications. The increase in performance requires top gear; Bridgestone RS11 tires and Brembo Stylema brake calipers are now installed – the ones that the Panigale V4 introduced.
Efforts have also been made in painting. Already at its release, the H2 wore a “mirror” dress that slid from black to silver-chrome depending on the brightness and the viewing angle. Now she can repair herself. For the little snags. Under room temperature conditions, it can “self-cover” minor scratches and scuffs in a very short period of time..
The instrumentation also benefits from an update with a meter block taxed to the H2 SX SE, distinctive with its digital color window. Too bad, we lost the specificity of the tachometer figures which lit up as the revving speed progressed on the old H2. But we gained Bluetooth connectivity to display certain information on smartphone (fuel level, battery status, vehicle maintenance intervals, notification of a call / SMS / email, etc.).

A good job for this “reloaded” H2, which knows how to refine itself over time. Since its appearance, it has gradually gained an Ohlins shock absorber, an up & down shifter, an IMU inertial unit, active cornering ABS, and refined steering assistance. On the other hand, there is always nobody who leaned on the blunderbuss “egronorme”.

From the start, she knew how to charm, almost stunning with her technical solutions. Its compressor of course, with breath and electrifying shot peening. But also its steel trellis frame, its single-sided arm (a first for Kawa), its superb rear rim, its ultra-fast gearbox in neutral, its Kayaba AOS-II fork, its sharp design and its single-seater configuration. Overprotected in electronics, the H2 has a ride-by-wire accelerator, a shifter, the inertial unit, engine brake control, a standing start assistant, 3-mode and 9-level traction control, ABS cornering and an Ohlins steering damper that hardens according to the speed.
It is as if the Ninja H2 had just passed a 7th gear, in order to release those who would have wanted to launch in its pursuit. Going beyond reasonable limits seems to have become his motto. 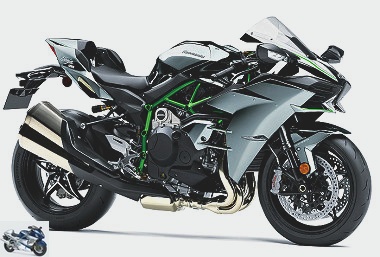 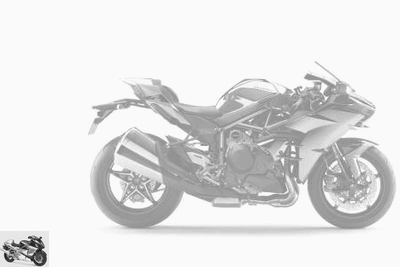 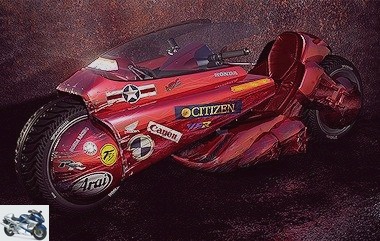 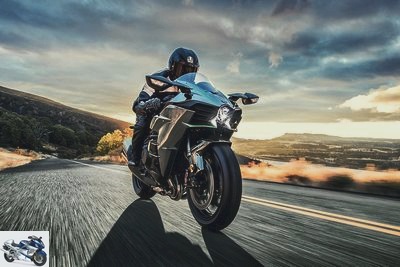 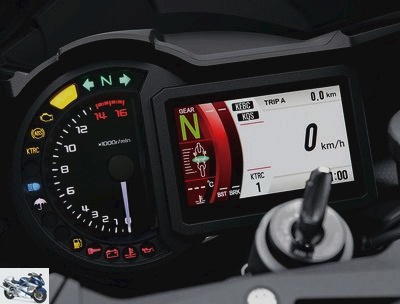 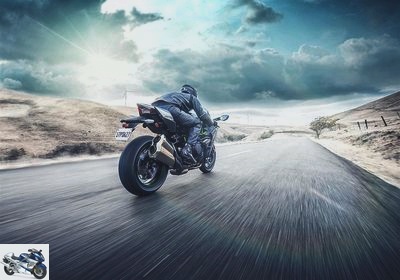 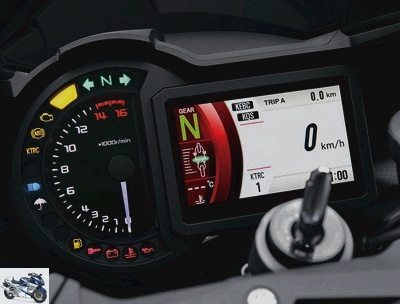 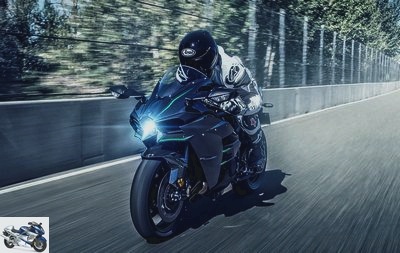 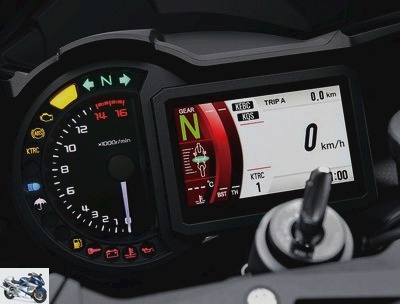 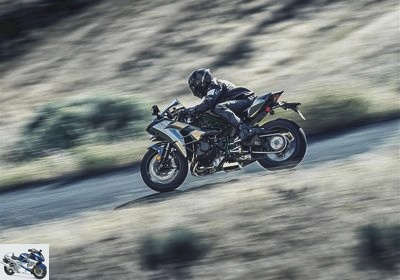 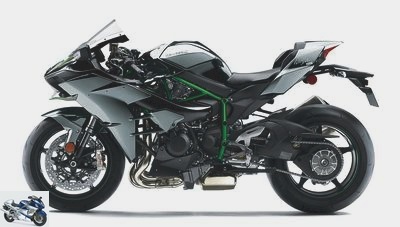 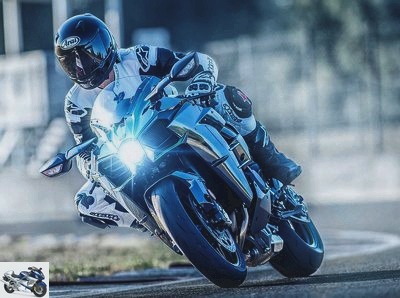 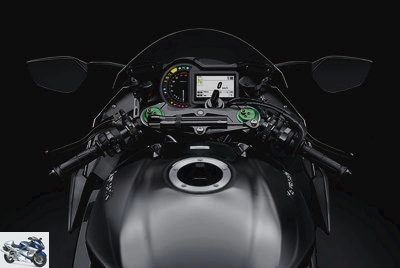 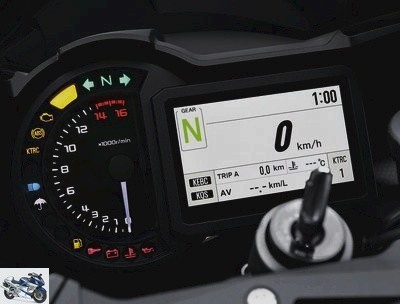 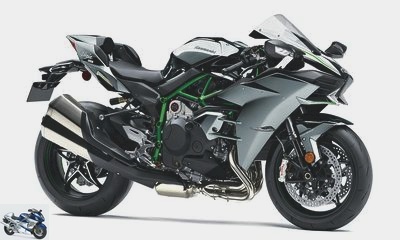 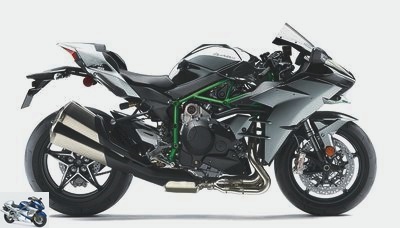 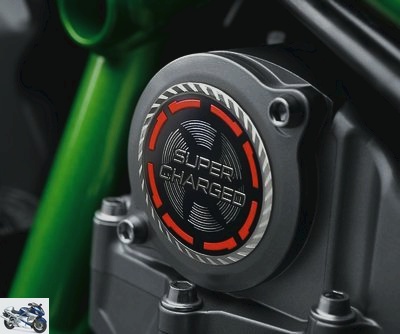