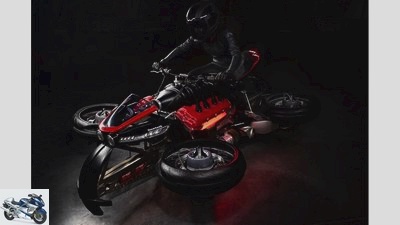 1/12
The Lazareth LMV 496 can be used as a motorcycle and as a flying object. 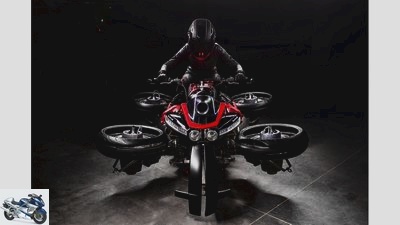 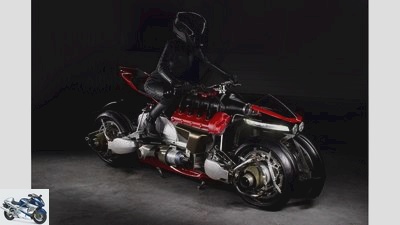 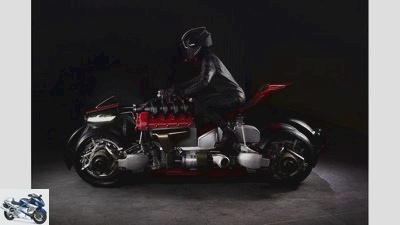 4/12
The concept is a bit reminiscent of a transformer. 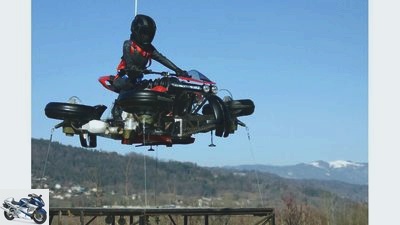 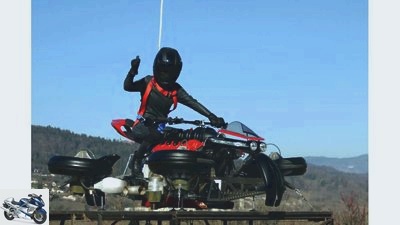 6/12
For safety reasons, the pilot was secured with a line. 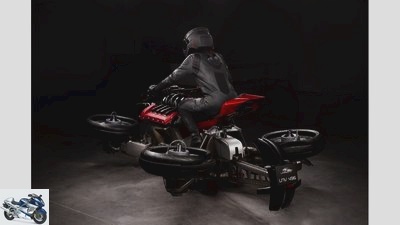 7/12
The turbines run on kerosene. 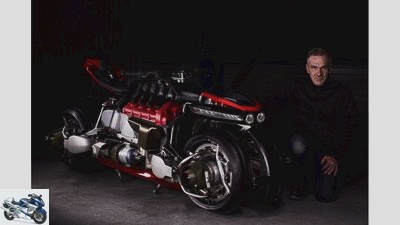 8/12
Inventor Ludovic Lazareth is known for his spectacular conversions. 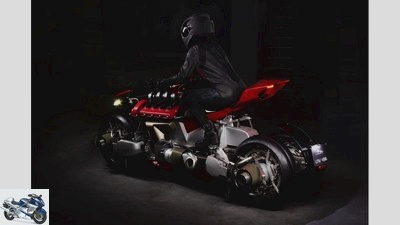 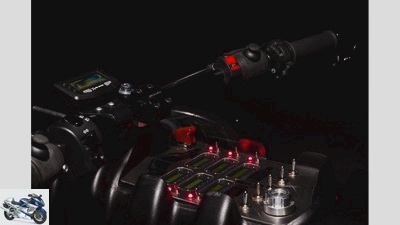 10/12
A switch turns the motorcycle into a quadrocopter. 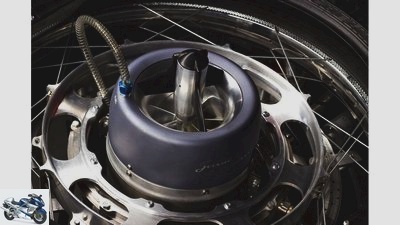 11/12
The flying lazareth is to be seen at the Gitex Electronics Trade Show in Dubai in October 2019. 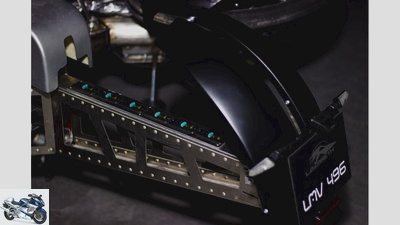 A motorcycle that can be transformed into a flying object like in a science fiction film? Doesn’t sound realistic. But the Lazareth LMV 496 is exactly such a vehicle.

Just a few weeks ago we presented a similar concept with the Jetpack Aviation Recreational Speeder. In contrast to Lazareth LMV 496, which this article is about, we only saw animated images with the Speeder – with the LMV 496, however, there are already real images. Some motorcycle enthusiasts should already know the French customizer Lazareth. Ludovic Lazareth has already put some spectacular motorcycle conversions on the wheels. The Lazareth LMV 496 tops the whole thing again.

From motorcycle to quadrocopter in 60 seconds

Strictly speaking, the Lazareth LMV 496 has four wheels, which is why it can only be referred to as a motorcycle to a limited extent. These four wheels can be folded up horizontally in just under 60 seconds. If the pilot activates the jet engines, the LMV 496 is transformed into a flying vehicle. Four kerosene-powered turbines ensure that the Lazareth bike soars into the air. The motorcycle for the road, on the other hand, is powered by an electric motor. 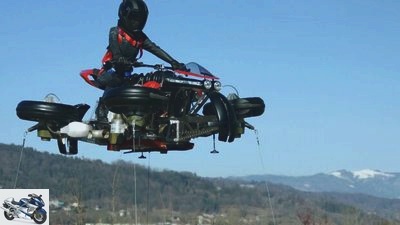 In the video, the Lazareth LMV 496 first rose one meter.

In the video, the LMV 496 initially lifts off to about one meter. For safety reasons, the pilot in the video was also secured by a safety line. The manufacturer has not yet revealed how high the LMV 496 can actually fly and, above all, how long it can stay in the air. The development team opted for the Lazareth LM 847, which we have already reported on.

According to various media reports, the Lazareth LMV 496 will be exhibited at the Gitex Electronics Trade Show in Dubai in October 2019. Accordingly, it should also be possible to place pre-orders there. The flying motorcycle is said to be available for just under 500,000 euros.

Flying motorcycle: pipe dream or outlook for the future?

Flying motorcycles? Not in the near future!