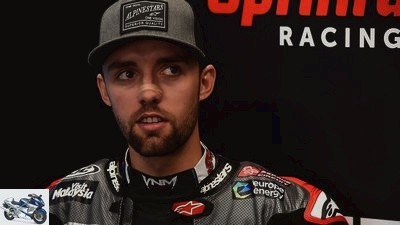 Mega access for the IDM: Jonas Folger rides in the Superbike class

In 2017 Jonas Folger had to retire from MotoGP, in 2020 he will return to racing in the IDM in the Superbike class.

Jonas Folger had to retire from MotoGP in 2017 due to a burnout. In the foggy year he tested Moto2 machines, in 2019 he was engaged as a test driver for Yamaha in the MotoGP. At the beginning of November, however, the Japanese surprisingly rejected another engagement by Folger as a test driver, although the talks were well advanced. Folger had already rejected offers for a Moto2 season 2020 as well as from the Superbike World Championship for further test driver engagement.

Now the five-time Grand Prix winner Jonas Folger is returning to his roots. In the 2020 season, Folger will be part of the MGM Racing team in the IDM in the Superbike class on a Yamaha R1. Folger’s long-term goal is to get a regular place in the Superbike World Championship in the 2021 season. Several wild card bets should pave the way for this. MGM Racing is currently talking about two to three wildcards in the coming season. It is still open which World Championship races followers could compete.

The 26-year-old Bavarian says: “After the last few months and weeks had been a bit turbulent for me, after careful consideration I made the decision to start with Michael Galinski in the IDM. I think this is a good new start for me and at the same time an interesting change of scenery. I want to start small again, gain confidence, gain good experience again and take a new path that should lead to the Superbike World Championship in the long term. I already know the R1, even if the Superbike IDM version will be a little different than the machine I have ridden so far. “