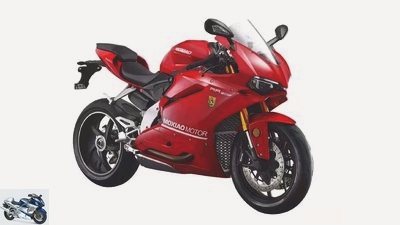 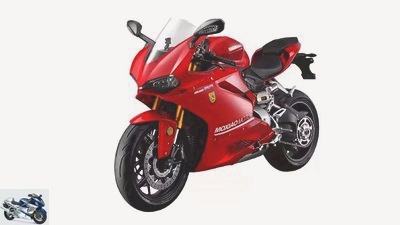 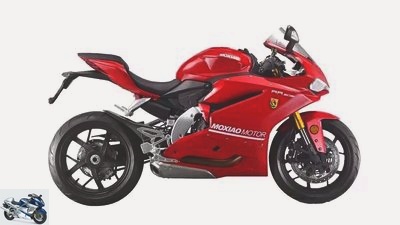 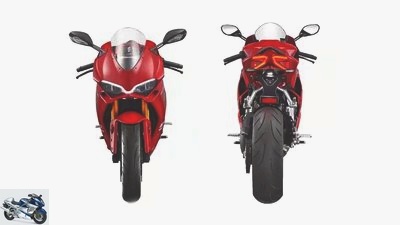 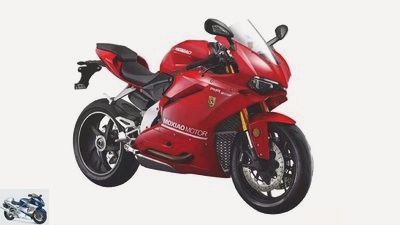 Chinese manufacturers like to be inspired by successful products. Moxiao Motor had obviously looked very closely at the Ducati 959 Panigale on its 500RR.

European viewers are quick to cry out for intellectual property theft when it comes to design theft by Chinese providers. On the other hand, in Chinese culture it is desirable to come as close as possible to the original with a copy. No matter how you feel about it, with the 500RR Moxiao Motor has delivered a masterpiece.

At first glance, the Chinese super athlete is more relaxed than Ducati 959 Panigale through. The deception only becomes apparent when you look at the technology behind the full fairing. A 471 cm³ large series twin from Loncin, which is based on a Honda engine, is at work here. The two-cylinder delivers 47.5 hp at 8,500 tours. The maximum torque of 43 Nm is at 7,000 revolutions. The Moxiao accelerates from zero to 100 km / h in 6.1 seconds. The top speed is set at 165 km / h. Drive technology cannot quite keep up with optics. 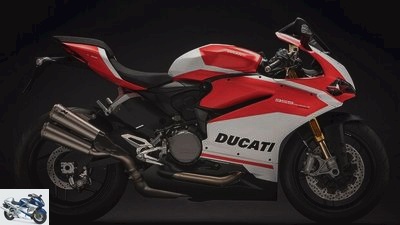 The brake package is pretty much like the original. At the front, the Moxiao 500 RR, which weighs just 169 kilograms, is delaying a 230 double disc system with pliers attached radially to the USD fork. On the rear wheel, which is appropriately guided on a single-sided swing arm, supports a 260 mm disc. The stoppers are combined with ABS. The selected tire dimensions are interesting: a 120/70 tire at the front and a 190/50 tire at the rear correspond to a super sporty model, but look a bit excessive on a 48 hp two-cylinder.

The fairing, the 22-liter tank and the seat, as well as the strut positioned on the side, also correspond to the Ducati. The Moxiao 500RR is miles away from the Italian model in terms of price. With the equivalent of around 4,500 euros, it is even a bargain offer for a fully disguised 500.

Moxiao Motor from China cloned the Ducati 959 Panigale with the 500RR. The implementation looks successful, but 48 hp sound rather weak. For a price of around 4,500 euros, the small super sports car is a bargain.