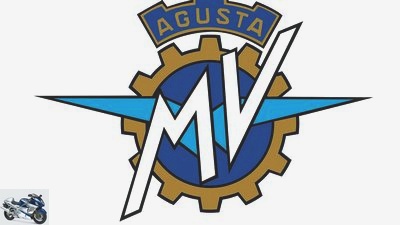 MV Agusta is not for sale

MV Agusta is not for sale
CEO rejects sales rumors

Timur Sardarov, CEO of MV Agusta, rejects the rumors of a sale of the brand. MV should remain independent of the major motorcycle manufacturers, he says.

MV Agusta is in a state of upheaval: The Varese-based company recently announced that it is hiring Stephane Zache as the new chief designer and that the design and technical departments are getting a new structure. It is possible that these structural changes triggered speculation about a possible sale of MV.

Sardarov denied on Facebook: “I don’t usually comment on rumors, but there are no talks or negotiations with KTM or others about the sale of MV going on.” With a Facebook post, the Russian management invalidated the rumors about negotiations as well as fears about a possible closure of the plant.

In terms of racing, MV Agusta is continuing its commitment to the Moto2 World Championship. The two motorcycles of the Forward Racing Team are in the hands of Lorenzo Baldassarri and Simone Corsi. In Supersport, Andrea Quadranti’s team relies on Finnish rider Niki Tuuli and a second motorcycle that has not yet been taken.

In October 2014, Daimler announced the cooperation between MV Agusta and AMG. At that time Giovanni Castiglioni was President and CEO of MV Agusta and AMG took over 25 percent of the shares. In the spring of 2016, MV only just missed bankruptcy and therefore put in place a restructuring plan for the following years. In 2017 AMG got out again and the Russian investor Timur Sardarov took over. He joined MV Agusta with his Black Ocean Group at the end of 2016 and took over the majority at MV in 2017. Since then he has been the CEO and chairman of the board and MV profitable. His strategy: no mass production, instead manufacturing high-quality and high-priced motorcycles.

For this sales rumor, more hot air was boiled in the rumor mill than something more tangible. Nevertheless, the CEO made the effort to clear up the rumors and took the opportunity to spread his optimism about MV Agusta for the next few years.