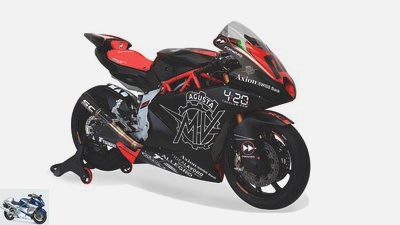 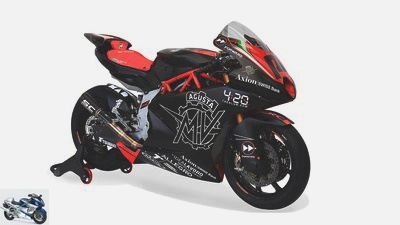 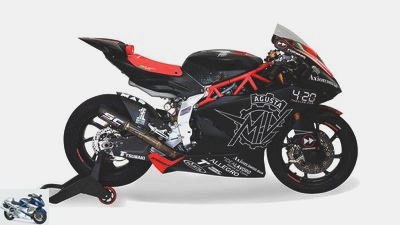 2/5
Now the action bike for the opening season 2019 has been presented. 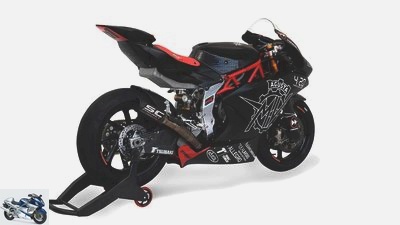 3/5
With the frame construction, the Italians go their own way and combine aluminum milled parts with a tubular grid. 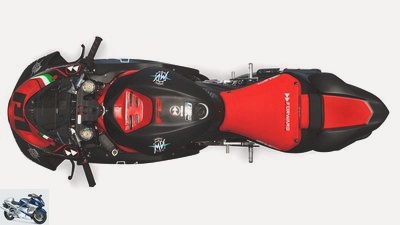 4/5
The 765 cc three-cylinder is a unitary engine and comes from Triumph. 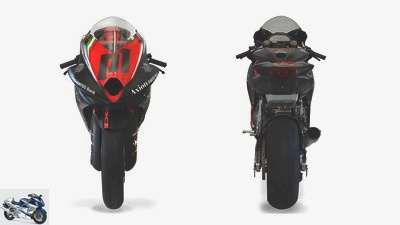 5/5
The GP comeback was realized in cooperation with the Forward team.

The Italian manufacturer returns to the motorcycle world championship in 2019. A cooperation with the Forward team will begin next season. After the Moto2 motorcycle, the first rider has now also been introduced.

In the coming Moto2 season, some serious changes are on the agenda for the participating teams. With Triumph there will be a new engine supplier for the 2019 season. The established teams have to reposition themselves accordingly and redevelop the motorcycles accordingly.

MV Agusta with its own frame construction

Back in Gran Prix racing after 42 years MV Agusta 2019 in the Moto2 class. Even if at first only MV Agusta is on the fairing, because underneath it will be the 765 cm³ unit three-cylinder from Triumph. The Moto2 entry of the Italians was realized in cooperation with the forward team of Giovanni Cuzari.

Under project manager Brian Gillen, the Forward team then went their very own way with the frame. The MV Agusta Moto2 machine uses a mix of tubular space frames and milled aluminum profiles. The aluminum profiles extend from the swing arm mount to under the tank. The tubular tubular structure then extends from there to the steering head. The rear swing arm is also made of aluminum. Specialist O.Z. controls the 3.75 and 6 inch wide 17 inch forged magnesium wheels. at, the spring elements Ohlins. The wheelbase should be 1,282 millimeters. With a full 24-liter tank and the driver, the MV should be close to the weight limit of 215 kg. 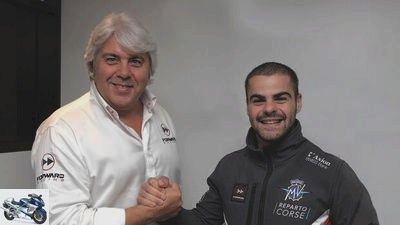 Romano Fenati was signed as the first driver for the MV at the end of August. The 22-year-old Italian was due to join MV Agusta from the Marinelli Snipers team within the Moto2 class. A teammate from Fenatis has not yet been named. After the scandal at the Moto2 race in Misano, when Fenati put his opponent Stefano Manzi on the brakes on the straight, MV boss Giovanni Castiglioni quickly made it clear on Twitter: “Fenati on our motorcycle? That won’t happen. ”MV is again without a driver.

Between 1952 and 1974 MV Agusta won 75 world championship titles, of which 38 were drivers and 37 manufacturers. This means that the Italians are still the most successful European motorcycle manufacturer in racing.