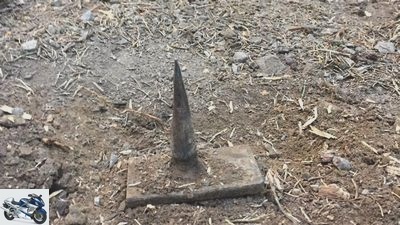 Nail traps at the Nurburgring
Metal spikes in the forest

Does an unscrupulous two-wheeler hater hang around the Nurburgring? The police are looking for information. 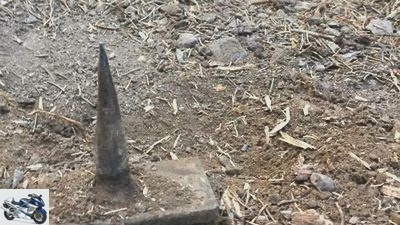 It is still unclear who the perpetrators are specifically targeting: motorcyclists, mountain bikers or maybe both of them? In any case, the police in Adenau are convinced that metal spikes found on field and forest paths around the Nurburgring were specifically designed to “cause the greatest possible damage.” Buy it, if not even wanted it. The perpetrator does not worry about walkers of any age or about children. “

The nasty metal spikes have only caused property damage. So that nobody is injured, the police are now increasing the pressure and asking for information: Who has found such metal spikes in the area around the Nurburgring or made suspicious observations that allow conclusions to be drawn about the perpetrator? Please report to the Adenau police, phone 02691/9250.