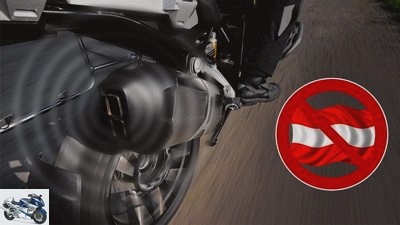 The European Commission has a complaint from the Facebook Action Group “No to the motorcycle driving ban in Tyrol” rejected. The motorcyclists organized there were of the opinion that the driving ban violated EU law.

The response from the European Commission of January 26, 2021 to the complaint filed in June 2020 about the Motorcycle driving bans in Tyrol has the group “No to the ban on motorcycling in Tyrol” published on their Facebook page.

The presentation “Automotive and mobility industries” The EU Commission justified the rejection of the complaint with the fact that the temporary closures of certain routes for motorcycles with a stationary noise of more than 95 dB (A) are not a general ban on use. In addition, domestic and foreign vehicles are equally affected by the driving bans. Therefore, the Commission sees no reason to propose proceedings against Austria for violating EU law. 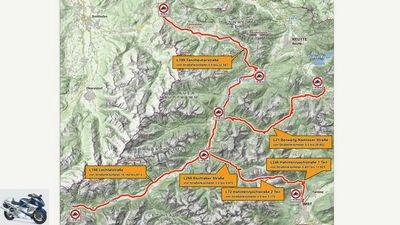 State of Tyrol (Office of the Tyrolean Provincial Government).

According to a report in the Tiroler Tageszeitung, the Tiroler “Deputy Governor” Ingrid Felipe has now responded to the EU letter: “The letter from the European Commission confirms that our regulations do not discriminate, as well as their legality and proportionality. It is also stated that it is possible for the member states to set restrictions for reasons of health protection or to implement national environmental policies.” In addition, Felipe declares that he will continue consistently on the path taken by Tyrol for the first time in Austria to reduce motorcycle noise.

The EU does not consider the seasonal motorcycle noise driving bans in Tyrol to be a violation of EU law. Austria can thus continue on its path for the time being.