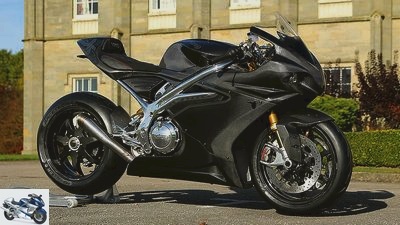 Norton back in racing: Comeback at TT 2022

The British motorcycle manufacturer Norton wants to get back into racing under its new leadership. Norton CEO John Russell confirmed this to British media.

Since the takeover by the Indian motorcycle manufacturer TVS, things have been going well Norton obviously moving forward again. The British are planning to move to a new manufacturing facility and new models are announced.

Most recently, the British were involved in the TT on the Isle of Man. In 2012 Norton celebrated a comeback there after 20 years of abstinence. The commitment lasted until 2016. Norton was not granted any great success. After this but the TT for the year 2021 has already been canceled due to Corona, the earliest time to return to TT would be the event in 2022. Russell neither wanted to confirm nor deny that.

The new Indian owners of Norton have big plans for the traditional British brand. It would be to Norton and his fans to wish that the restart this time be more sustainable.