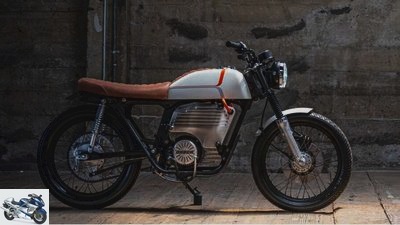 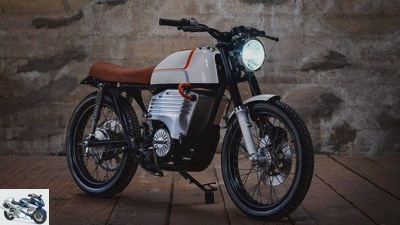 2/13
The chassis remains almost original, the frame is slightly shortened at the rear. 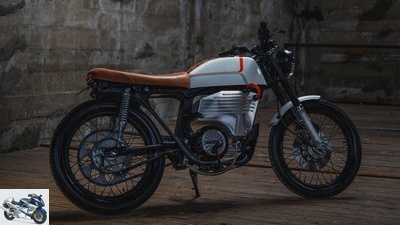 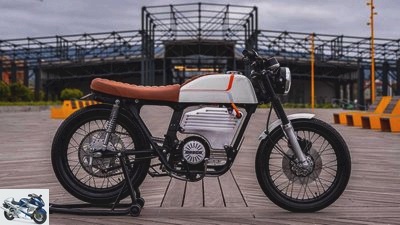 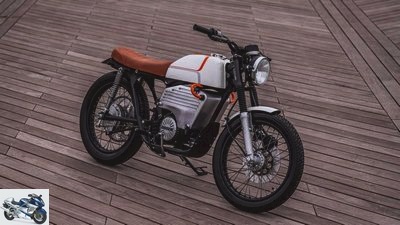 5/13
Omega designed the EV 200 as a pure city vehicle. Thanks to the small battery, the motorcycle weighs only 111 kilograms. 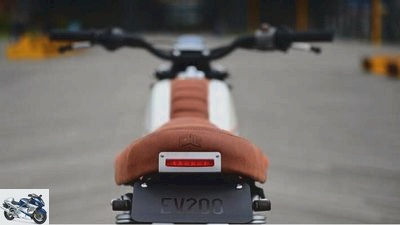 6/13
The seat is original and newly upholstered, the style is taken up by the tank pad. 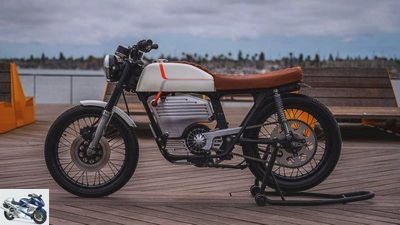 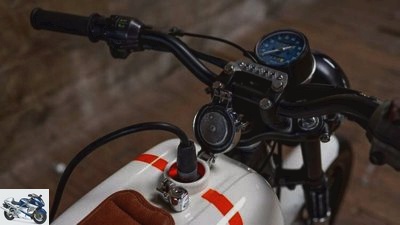 8/13
The speedometer is also taken from the dispenser machine. The charger is located in the tank … 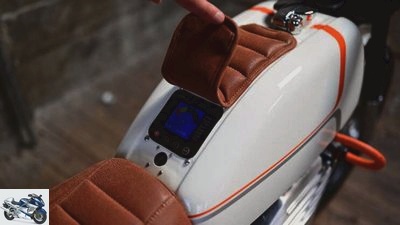 9/13
… as well as a charge indicator, hidden under the leather pad. 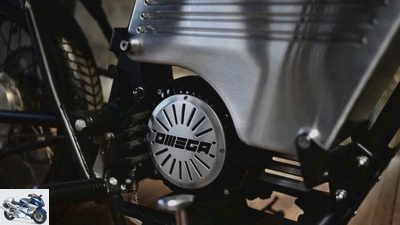 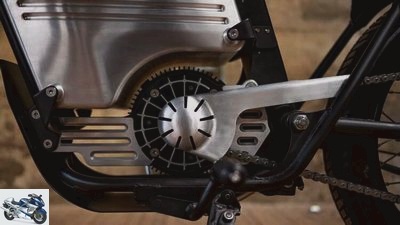 11/13
The electric motor is screwed to milled retaining plates at the original engine points of the Honda. 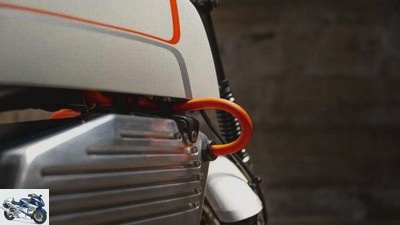 12/13
The two high-current cables should be reminiscent of the old ignition cables of the 200 twins of the Honda. 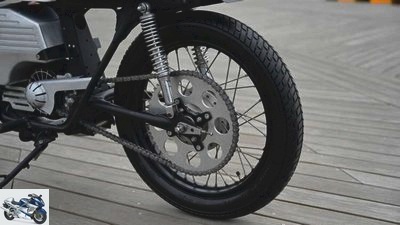 13/13
The rear wheel is driven directly, the engine is designed for torque.

If an old Honda CB 200 gets a battery and an electric motor, that’s either great upcycling or an even better electric motorcycle. At Omega Motors it will be both.

Restomods, i.e. vehicles with fresh technology in old clothes, are quite inflationary for four-wheelers, but still rare for motorcycles. The EV 200 from Omega Motors is a kind of restomod: in the chassis of an old one Honda CB 200 from 1975 is an electric drive from 2021.

The big challenge with electrified single-track vehicles is the accommodation and design of the battery. With two-wheelers, installation space is primarily in the height and rarely in the width. This requires a high weight with a high center of gravity. The battery housings are also not yet ready to be designed to be load-bearing. Omega Motors is aware of these hurdles and has made a compromise with the EV 200: Why use a large and heavy battery when the concept itself was developed for the city? So the men take a smaller battery, pack it neatly in an aluminum housing and develop a suitable control board. With 1.6 kWh, the battery drives the small 5 kW motor for a good 50 kilometers. Top speed: 90 km / h. Weight 111 kilograms.

Omega Motors wants to aesthetically combine the emotions of old motorcycles with modern technology. In addition, they leave the chassis of the Honda almost original, even the mechanical disc brake at the front is retained. The fork is overhauled, the rear frame is slightly trimmed. The original tank of the CB remains to a large extent and instead of fuel carries the electronics, the charging connection and a charging display. It is garnished with a leather cushion, the style of which is taken from the newly upholstered bench.

At first it sounds tempting to convert an old mare with an engine failure to electric. At Omega it sounds easy too, but the three makers behind it already have a lot of experience with electric scooters. Nevertheless: As a kit – if there was one – very tempting to convert old Honda frames.