Consideration has right of way 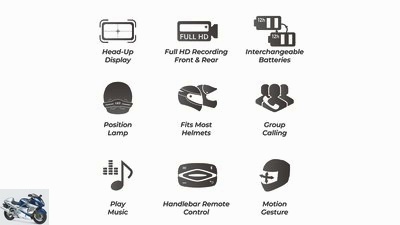 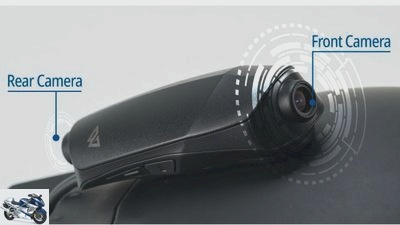 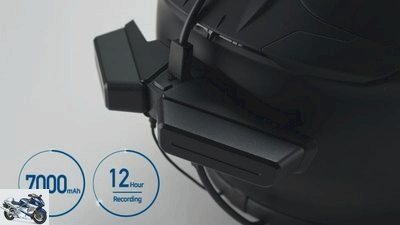 2/9
Thanks to a camera that can film forwards and backwards, pilots should recognize what is going on in the so-called “blind spot” plays.

3/9
The main module is the camera.

4/9
A remote control should also be included in the scope of delivery.

5/9
The South Korean startup is currently raising money through the crowdfunding platform Kickstarter.

6/9
The batteries should last 12 hours before they have to be plugged in again.

7/9
Both batteries are installed using a bracket in the rear of the helmet.

8/9
The recorded moving images are shown in real time on a head-up display, which is positioned in the front of the helmet interior.

9/9
Other multi-functions are also part of the newly developed system.

The Korean startup OWLFS has developed a dashcam which, in combination with a head-up display, is supposed to make the blind spot visible when riding a motorcycle. The project called Revan can currently be supported by crowdfunding.

Many start-up companies have set themselves the goal of developing products and technologies that should make motorcycling a bit safer. One of these companies is called OWLFS, comes from South Korea and wants to use a combination of dashcam and head-up display to prevent accidents that unfortunately happen too often due to the so-called blind spot. Conveniently, the solution called Revan developed by OWLFS should also bring some other advantages in terms of comfort. In addition to preventing accidents, the product should also function as a communication system, music player, tracking system and action cam.

In addition to the camera filming in both directions and the head-up display, the solution developed by OWLFS also consists of a few other components. Two batteries can be installed on the back of the helmet with the help of a centrally positioned docking station, which should provide the necessary juice for the recordings and the display of the recorded moving images. Both batteries, which incidentally should last almost 12 hours before they have to be plugged in again, are connected via USB-C cable to the camera attached to the top of the helmet, which plays the central role in the system and is also responsible for the multimedia functions. Luminous elements have been added to the sides of both batteries so that pilots can be better located by other road users at night – in Germany, however, this function will have to be dispensed with due to the current legal situation. In addition, a microphone, headphones and a remote control should be included. The remote control can be attached to the handlebar and makes contact with the rest of the modules via Bluetooth – this should allow the system to be operated without major risks while driving. 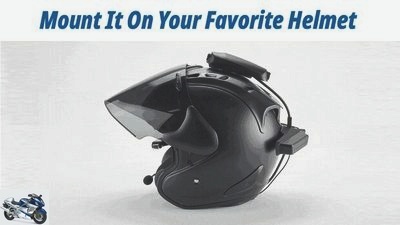 Revan consists of several components, which are designed to work together to prevent accidents, among other things.

As mentioned at the beginning, the greatest advantage of the system should be the detection of the blind spot while driving. Since the images recorded by the camera are delivered in real time to the head-up display in the helmet, pilots should always see what is happening behind them. However, due to the design, potential buyers have to forego a 360-degree all-round view. A viewing angle of 143 degrees should be enough to keep an eye on the traffic situation towards the rear. According to the manufacturer, the system is compatible with almost every helmet. All recordings are saved on a micro SD card with 64 gigabytes and in full HD resolution, which is included in the package. If this is not enough for you, you can retrofit a micro SD card up to 512 gigabytes. A suitable smartphone app should offer additional added value and various functions, such as fine-tuning the head-up display.

Currently the project is still in the crowdfunding phase, in which the developer wants to raise money for the production costs. On Kickstarter, the actual revenue target of 27,203 euros has long been exceeded. the Campaign has now raised a whopping 73,956 euros (As of March 18, 2020). According to the manufacturer, the first copies will be delivered from December 2020. The cheapest “Support amount” on Kickstarter, with which interested parties can secure a copy, starts at 699 euros.

The idea behind the solution developed by OWLFS seems well thought out. The question that remains is how well the system works. Other providers have already developed similar systems that, at least so far, have not yet really been able to establish themselves on the market.