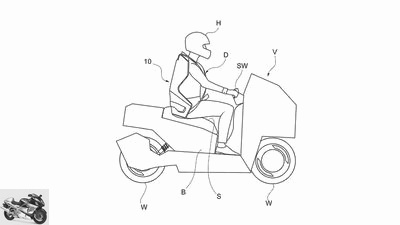 1/5
Italdesign’s patent describes a seat shell that is flexibly connected to the scooter and in which the driver is strapped. 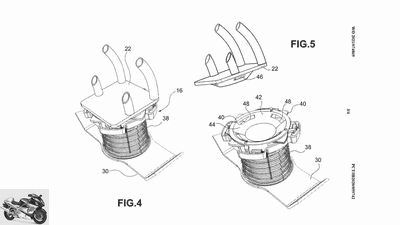 2/5
The seat shell is supported by a large ball bearing with independently adjustable pawls that make certain movements of the seat possible electronically. 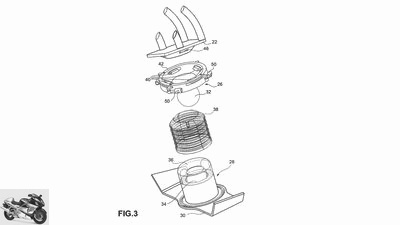 3/5
In addition, in extreme cases, the seat can be completely detached from the vehicle – a kind of ejection seat for emergencies. 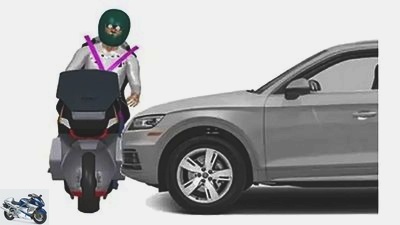 4/5
The safety system is designed to better protect scooter drivers in the event of an accident. 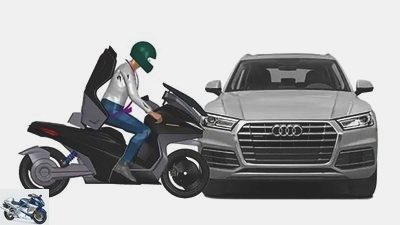 5/5
Regardless of the accident scenario.

Patent for seat belt on scooters: Still with a helmet

Design temple Italdesign Giugiaro has patented an invention for a new safety system for scooter drivers. You are strapped into an ejection seat.

Two-wheelers, in our case scooter pilots, are almost always the disadvantaged in urban traffic battles when it comes to safety. Italdesign Giugiaro has patented a new concept that allows scooter riders to sit more safely in the saddle.

Back protector as standard

Gold Wing steers with you 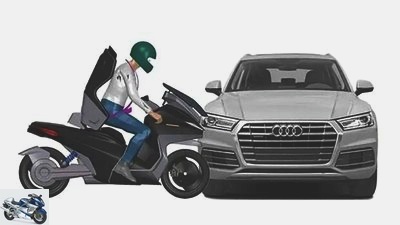 The most important part of the concept, however, is the planned four-point belt, with which the driver is firmly held in the seat. There is also a system that holds the helmet to the neck pad, depending on the type of accident. Control is carried out by an ECU with an intelligent algorithm. Furthermore, the ECU can release the seat holder, for example to enable the driver to lean into the curve or to allow the seat to swing freely in the event of an impending impact.

In extreme cases, the control also releases the entire bracket for the seat shell so that the driver and seat can separate from the scooter. As an ejection seat, so to speak. For example, falls at higher speeds could be shortened with longer sliding phases for the driver.

What do you think of assistance systems on motorcycles??

Anything that increases security is welcome.

They haven’t lost anything on the motorcycle.

Buckled up on a scooter for more safety is still known from the BMW C1, the success of which was manageable despite the elimination of the helmet requirement. Italdesign cannot abolish the helmet requirement with its patent, but takes safety to a new level with belts, seat pan and ejection seat.