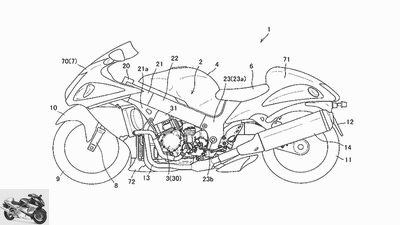 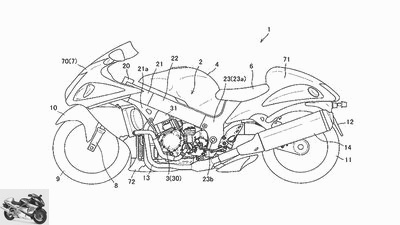 1/6
Suzuki has patented a semi-automatic transmission. 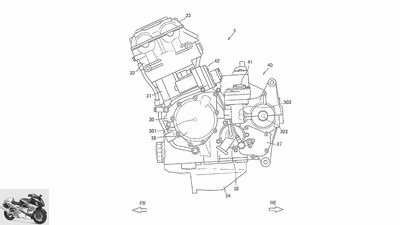 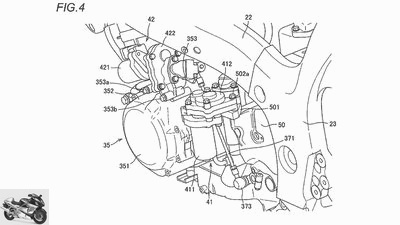 3/6
Actuators are used to operate the clutch and actually engage a gear. 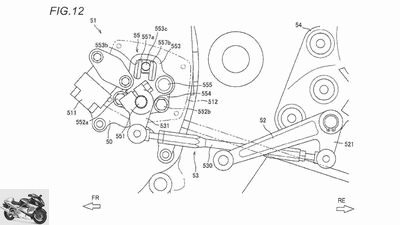 4/6
The shifting process is still initiated via the foot shift lever. 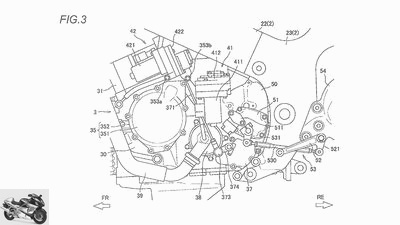 5/6
The transmission is shifted load-free by interrupting the ignition. 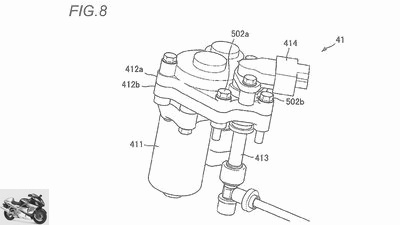 6/6
The semi-automatic could come in the anniversary Hayabusa for 2019.

Suzuki has patented a semi-automated transmission. The new circuit could find its first use in the new edition of the Hayabusa.

There is much speculation about the further development of the Suzuki Hayabusa. It is now considered certain that there will be a further evolutionary stage of the speed bike. After all, the fast falcon will be twenty years old in 2019 – a reason to celebrate for Suzuki and Hayabusa fans. In terms of the engine, there has long been speculation about a turbo engine, derived from the engine of the XE-7 Recursion study from 2015, in order to shoot with a supercharger against the new Kawasaki H2 SX. In the meantime, however, it is more likely that a naturally aspirated four-cylinder in-line cylinder increased to 1,440 cm³, which would then target the Kawasaki ZZR 1400 with a good 200 hp.

Semi-automatic transmission also in other Suzuki?

A patent published in the USA in February brings another technical feature into the focus of speculators. Suzuki had a semi-automatic transmission protected in Japan in 2016 and in the USA in 2017, which was adapted from the patent drawings on a Hayabusa. However, the patent expressly emphasizes that this transmission can also be adapted to various other motorcycles and all types of motor vehicles. 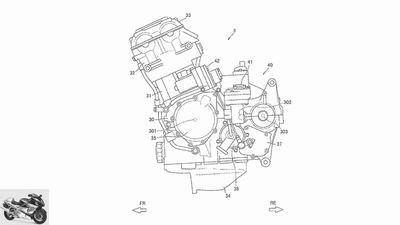 The shifting process of the semi-automatic transmission is still initiated as usual by foot, the clutch actuation and the actual gear shift, on the other hand, are carried out automatically by an actuator. To ensure perfect gear changes, the transmission is briefly disengaged from the load by interrupting the ignition. Suzuki also has a for a tactile shift feel “clicking mechanism” titled system installed.

The complete structure sounds familiar and can also be found on the Yamaha FJR 1300 AS. The gears can also be changed using the buttons on the left handlebar switch. The Suzuki patent does not reveal anything about this. When it comes to automatic transmission, Honda relies on a dual clutch transmission, which, however, weighs a few pounds more. Compared to a conventional blipper, the Suzuki patent apparently only offers the convenience of starting up without manually operating the clutch.