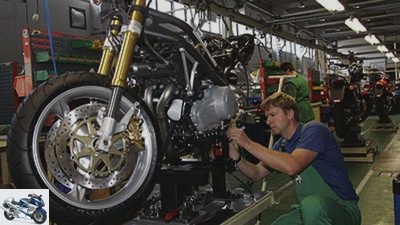 The former mass manufacturer MZ has become a small business. Nevertheless, the new bosses want to aim high, give the global player. The European market, the thousands, only plays a minor role for the owner, the Malaysian Hong Leong Group.

By the way: A portrait of Jens vom Brauck
appears in MOTORRAD 5/2006.