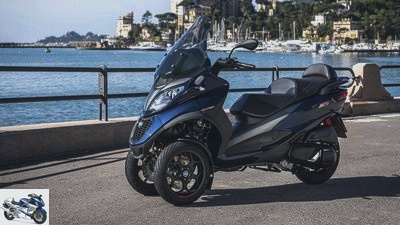 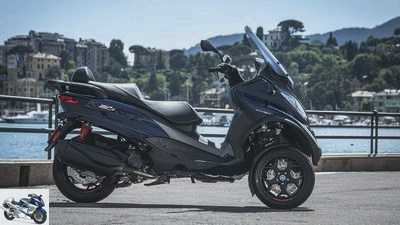 2/12 The new tricycle with tilting technology slides between the 300s and 500s. 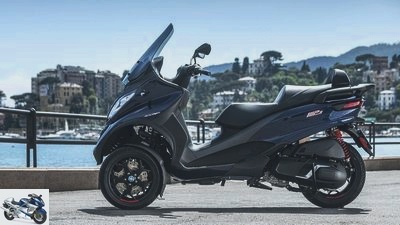 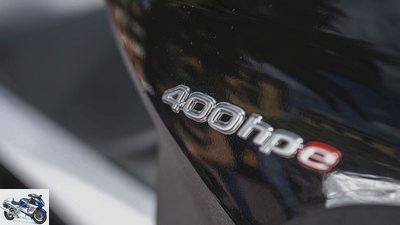 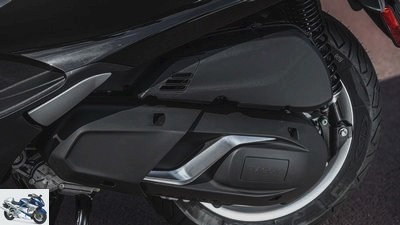 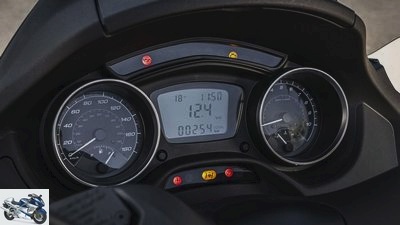 6/12 Analog round instruments take a digital display in the middle of the cockpit. 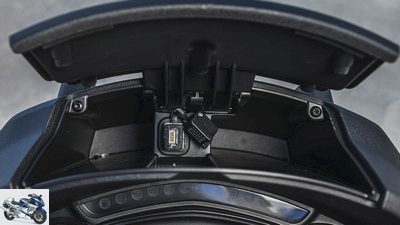 7/12 Above that there is a storage compartment with a USB charging socket. 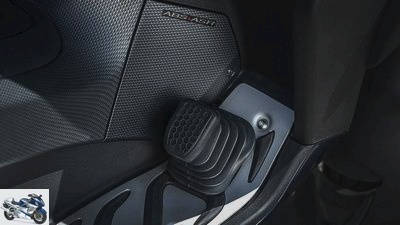 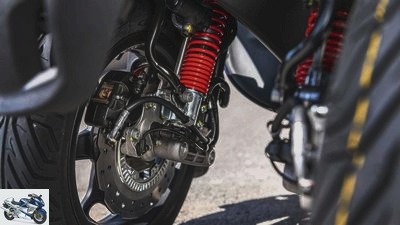 9/12 The tilting technology is the same for all MP3 models. 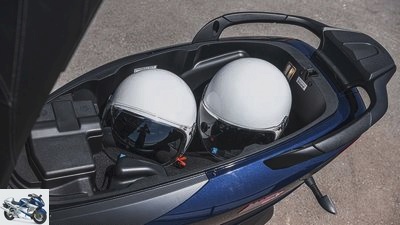 10/12 Two full-face helmets fit in the illuminated storage compartment under the seat. 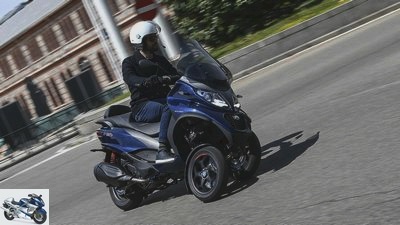 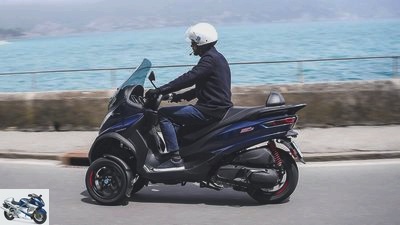 12/12 Prices have not yet been announced.

Piaggio is expanding the MP3 family with a new 400 cubic model. The new tricycle with tilting technology slides between the 300s and 500s.

Tricycle scooters with tilting technology can be moved in many countries with a car driver's license. These models are particularly popular in France and Italy.

Piaggio is active in this segment with its MP3 models. Now the Italians are adding a new version with a 399 cubic centimeter four-stroke single-cylinder, which is between the existing models MP3 300 hps and MP3 500 hpe Sport Advanced and replaces the old 350 version. The new MP3 400 hpe is available in a basic and a sport version. In terms of performance, the Euro 5-400 with 35.4 hp and 37.7 Nm of torque also ranks between the 26 hp 300 and the 44 hp 500 and is thus exactly on top Eye level with the Peugeot Metropolis and its new equipment variants.

The three-wheel basic design and the tilting technology are shared by all three models, optical twins are the 400 and 500. There are LED daytime running lights in the front shield, and the smoked glass pane with integrated hand guards offers plenty of wind protection. The illuminated storage compartment under the electrically locked seat can accommodate two full-face helmets. There is a USB charging socket in the storage compartment above the fittings. The Mia communication system, which integrates smartphones into the on-board system via Bluetooth, is part of the standard equipment of the 400 series. All MP3 models are equipped with ABS and traction control. 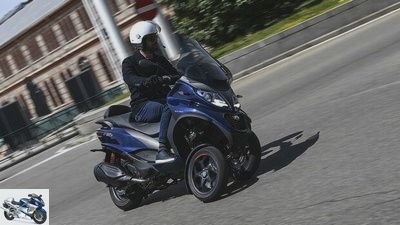 Piaggio has not yet announced prices for the new model variant.

Piaggio is replacing the 350 version in its MP3 family with a new 400 model. This technically corresponds to the 500 and offers just over 35 hp.