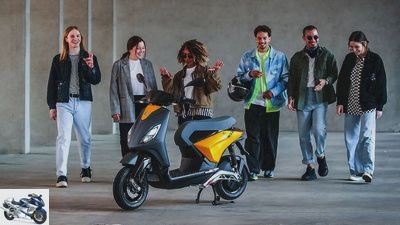 1/3
With the One, Piaggio announces a new electric scooter for the mass market. 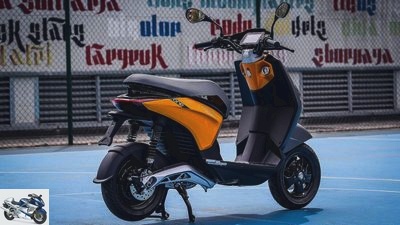 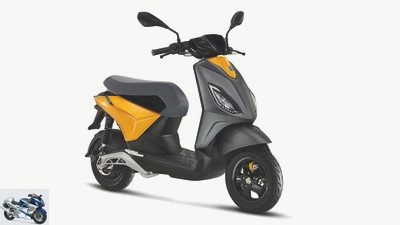 3/3
It should be available on the European markets from the end of June.

With the One, Piaggio announces a new and affordable electric scooter for the mass market.

The Piaggio One is characterized by a low seat height, 10-inch wheels and plenty of storage space under the bench. Piaggio has not yet given any specific dates. As is typical for Piaggio, the chassis is based on a drawn front swing arm and two struts at the rear.

The equipment includes a colored TFT display in the cockpit – presumably with connectivity features -, LED lighting and a smart key system. The lithium-ion battery can be removed for charging. Different battery options ensure different ranges. In addition, the Piaggio One is to be offered in two performance levels, small motorcycle 45 km / h and light motorcycle 60 km / h.

Piaggio announces the One, an electric scooter for city traffic. Various range and performance variants are planned.