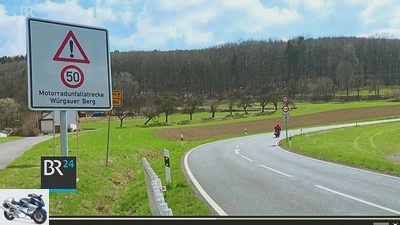 Warning signs and speed limit remain on Wurgauer Berg, plus a route closure on weekends and public holidays. The pilot project will initially run until the end of 2018. 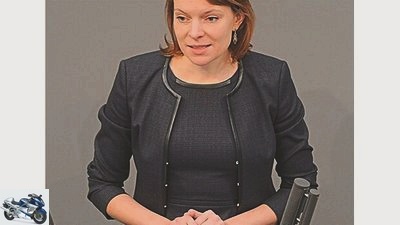 The Wurgauer Berg in Franconian Switzerland will be closed to motorcyclists, initially until the end of 2018, then a new decision will be made. The reasons given are the numerous motorcycle accidents on the almost three-kilometer-long winding section of the B 22 east of Bamberg. However, the responsible Bamberg-Land police station reported in November 2016 that the number of accidents could be significantly reduced thanks to structural measures such as the planting of the applause curve and a speed limit of 50 km / h.

The noise nuisance of the residents, it was said, but persists. And that seems to have played a role in the current ban, for which the CSU Bundestag member Emmi Zeulner (photo) in particular had vehemently advocated. For example, at the end of March, Bavarian television reported on motorcycle noise on the Wurgauer Berg in the report “The calm before the storm”; there was even talk of “motorcycles with unscrewed exhausts”.