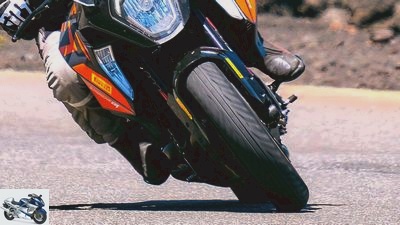 For many years, the Angel GT from the Italian tire brand Pirelli was a constant in our tests. How does its successor fare in the first test?

The previous model was convincing because it shone with great sportiness even on powerful bikes, impressed in the wet and proved to be a solid endurance runner on the wear test runs.

Despite his senior status, he was able to clinch the test victory in the big tire master test on the BMW R 1200 RS last year (tied with the then newly introduced Dunlop Roadsmart III). The completely revised successor Angel GT II is now taking on a difficult legacy.

Except for the distinctive tread design with the “angel’s wings”, the touring tire made in Germany has been completely redesigned, with particular attention being paid to a larger tire contact area (“Latsch”) in an inclined position (plus 3.5 percent). Also noticeable are the two longitudinal grooves that Pirelli derived from in-house racing tire development. The intermediate rubbers used in the Superbike World Championship have a similar structure; the aim of the Angel GT II is to further reduce aquaplaning and improve its own damping and braking performance. 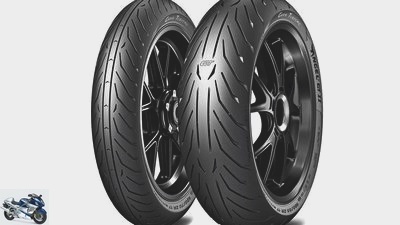 The Pirelli Angel GT 2 is made in Germany.

In a detailed driving test in Sicily, a lot could be tested, but not the wet and cold behavior at 35 degrees Celsius. What was impressive was the clear feedback with which different sports / touring bikes (including the KTM 1290 Super Duke, GT, BMW S 1000 XR, Kawasaki Versys 1000) could be chased down small, winding, but also fast slopes. In terms of agility, the new rubber is even better than its predecessor. Even extreme surfaces – almost highly polished cobblestones to the Etna driveway – could be driven on with the Angel GT II extremely calmly. Over 800 shares are already available.

Noticed negatively: Nothing found negative in the preliminary test

All dimensions and approvals: www.pirelli.de/moto

In the first preliminary test, the new Pirelli Angel GT 2 was able to collect its first plus points. The clear feedback and the handy and agile driving behavior made a good impression. Our big tire test will show how good the new Pirelli really is.