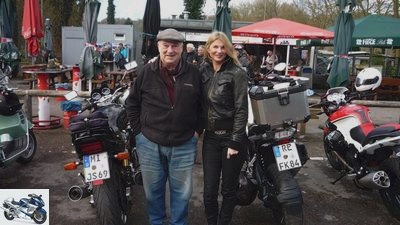 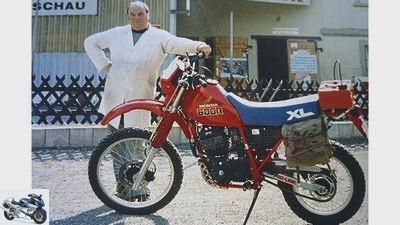 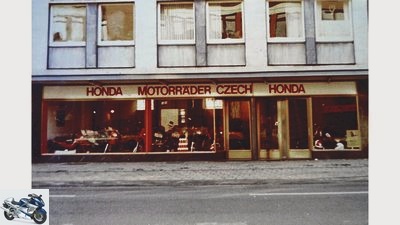 2/7
Czech was successful in off-road sports in his younger years. The road racers he optimized also won. He also ran two motorcycle shops until the 1990s. 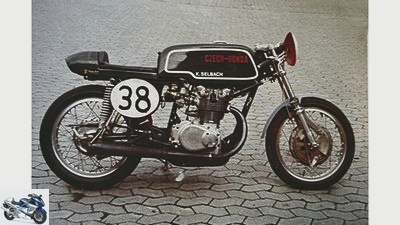 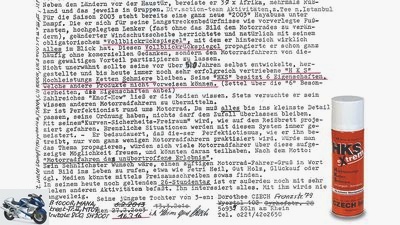 4/7
The top seller among HKS products is the “extreme” spray. The biographical facts written by the master himself on a typewriter are extremely original. 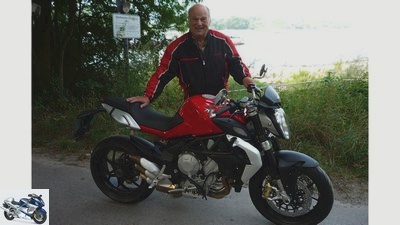 5/7
The love for motorcycles burns as ever. 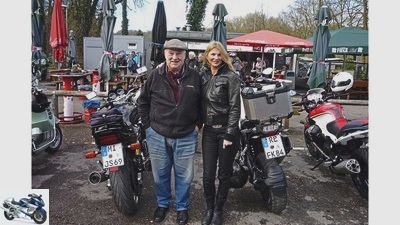 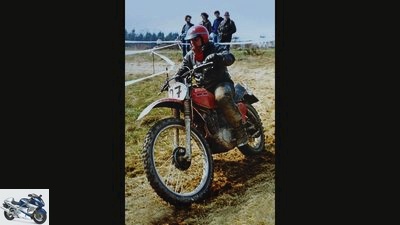 7/7
Father Heinz Gerd was 83 years old in April. In 62 years of motorcycling, there are almost three million motorcycle kilometers.

Heinz Gerd Czech is one of the veterans of the German motorcycle scene. The man is a resourceful engineer, ex-racing driver and passionate long-distance pilot. We owe him HKS, the high-performance chain lubricant that has been on the market for 50 years. A portrait.

The thickest has to be. The thickest one was the BMW R 69 S at the time. Chassis, brakes? Hardly there, but Heinz Gerd Czech doesn’t care much at first. First of all, because when the studied mechanical engineer was one of the first in Germany to start selling the Suzuki brand in 1966, he drove the T 20 test drive. A lightweight two-cylinder two-stroke rocket with 29 hp from a displacement of 250 cubic centimeters. What a release! Sporty carefree reigns now. Czech sells the clumsy BMW and dances across the streets with the Suzuki.

What annoys the meticulous tinkerer, however, is the secondary drive in the form of an undersized chain. And so this T 20 chain is the initial spark for HKS, the “high-performance chain lubricant”. Because the master experiments with lubricants and various basic substances until he works out a composition that makes his chain run much quieter and longer. He makes the product available to friends who are enthusiastic. Only later does he think of selling. For Czech, who obtained his motorcycle license in Siegburg in 1951, “motorcycling is the highest thing there is on God’s earth”. The virus grabs him during his apprenticeship as a precision mechanic, and he builds his first motorcycle from scrap parts, a 160 cubic centimeter pump motor, Hurth gearbox and trapeze fork. A Triumph Cornet with a two-stroke twin-piston engine followed in 1954.

Then Heinz Gerd Czech buys, rides and optimizes countless bikes from BMW to Yamaha. He quit his job as a mechanical engineer and set up two specialist motorcycle shops. One in his hometown of Neuss, another in Weidenburg near Bayreuth, “because the great motorcycle routes are on the doorstep”. Czech is one of the first in Germany to become a specialist dealer for Honda, Kawasaki, Suzuki, Yamaha and Moto Guzzi. He sells successfully, shapes the up-and-coming motorcycle scene with ideas and brings home trophies from a number of trial and cross-country sport competitions.

But his real home is on the motorcycle, which Czech’s youngest daughter Dorothee can also tell you a thing or two about: “We hardly saw our father, he was constantly on the road.” And so in 62 years there are almost three million motorcycle kilometers . He travels to Africa 37 times and hardly misses an attractive destination anywhere else in the world. To date he has not had a single serious accident, Czech asserts. And because he meticulously breaks in his numerous motorcycles, they also hold up. A Suzuki GS 1000 E covers 332,000 kilometers. When, at an advanced age, after countless cars of all brands and types, he rediscovered the lighter machines for himself, he drove 145,000 kilometers on three Suzuki DR 400 SMs.

Nothing is left to chance

Czech is an absolute perfectionist when it comes to motorcycles. Nothing is left to chance, everything has to fit right down to the smallest detail. He optimized his Suzuki Hayabusa for long journeys with modified footrests, higher handlebars and a modified disc. The “full-view rear-view mirror”, which he also offers to other motorcyclists without any commercial thought, should not go unmentioned. Of course, Czech leaves nothing to chance when driving and develops special cornering and eye-guiding techniques in the interests of safety.

The love for motorcycles burns as ever. Until recently, the sprightly senior drove the Nurburgring in under nine minutes. And HKS? There is now a whole range of products that is sold through more than 1000 specialist dealers. Over the years he has adapted HKS to modern high-performance chains. The completely synthetic agent builds up a thick layer of lubricating film that seals the inner workings of the chain for 2500 kilometers. Today, HKS contains 23 basic substances, the exact composition of which is secret. Tells about daughter Dorothee, who has been taking care of PR and sales for many years. Father Heinz Gerd was 83 years old in April. And has a new favorite motorcycle: the Yamaha MT-07. Strong, nimble and light. Because it doesn’t have to be the thickest for a long time. Info: www.hks-czech.de