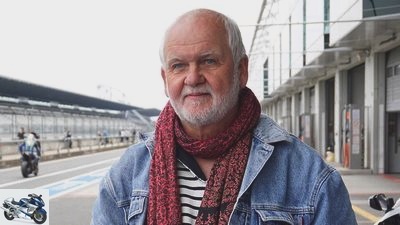 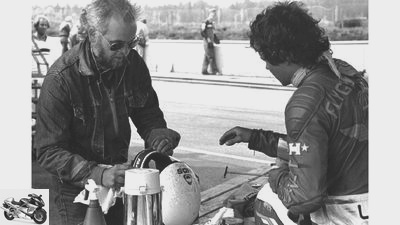 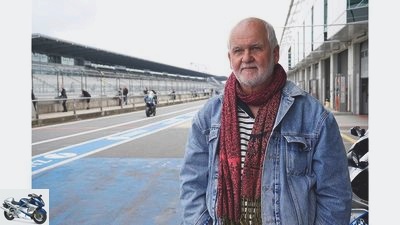 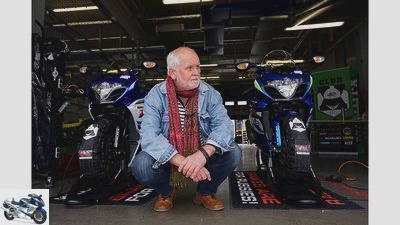 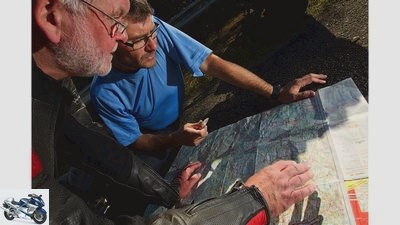 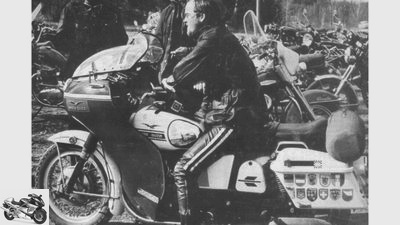 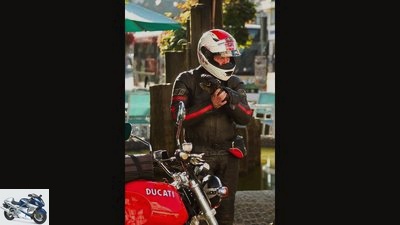 Jan Leek is a character on the international motorcycle scene.

Journalist, specialist book author, novelist, race director, Nordschleife instructor, tour guide, motorcycle whisperer. Much would be different without them. A tribute to the seventieth.

How do I know the guy? ”Many people ask themselves that when they meet Jan Leek for the first time. From television or cinema? Unlikely, because Jan lives his own film and it revolves around motorcycles as intensely as few biographies. Mr. Leek’s life began in 1946 in a poor but big-hearted family in a small town near Gothenburg. The first moped appeared as early as 1961, a Zundapp KS 50 Sport. A year later, a Husqvarna 175 Silverpil follows. By 1964 at the latest, Jan developed the passion that still shapes him today and transformed a BSA 650 Golden Flash with a Super Rocket head, Amal TT carburetor, Thruxton manifold, racing tank and clip-on handlebars into a cafe racer.

In parallel with his love of motorcycles, Jan’s love of literature grows, which sets him apart from many other pure motorcycle enthusiasts. He devours all the great writers, a sympathy for bizarre novels cannot be denied. In 1965 he bought an AJS 500 as a scrambler, in 1966 a Matchless G 12 CSR 650, “the worst motorcycle I have ever had”. After all, he is attending his first GP in Assen with it. 1966, just 20 years old. Motorcycle racing catches him like love for a woman. Another big topic in Jan’s life: women. He experiences his loved ones intensively, and his machines are just as intimate: 1968 the Honda 450 with half shell, clip-on handlebars, Hoske bags. Jan is released from Matchless, toils for his master’s thesis and drives a Honda to cool off. At the same time comes the second AJS (“I converted to Scrambler”) and in 1970 the Moto Guzzi V7 Special. Jan’s touring life starts on it. He leads the Italian to Iran. After 70,000 kilometers, he swaps it for a V7 Sport and experiments with an ex-factory machine from Husqvarna.

Jan drives his first enduro race with the XL 250

Motorcycles are now also making their way into the professional life of motorcycle gourmets. He spends the early seventies in quality management at Honda Sweden. It goes without saying that he will be accompanied by a converted CB 750 and a coiffed XL 250. Jan drives his first enduro race with the XL: “Never again”. Jan left Honda around 1978 and established himself as a motorcycle journalist. His contributions, often with a philosophical touch, appear in numerous motorcycle magazines. Are characterized by background knowledge, expertise and charm. The Swede leaves self-portrayal, sense of mission and elbow behavior to others. He himself remains humble, maintains composure, backbone and an almost tender devotion to motorcycle in all its facets.

At the same time, he is race director in several Swedish endurance teams and in 1982, with the drivers Vesa Kultalahti and Peter Linden, took fifth place at Le Mans. A lifelong friendship develops with Peter Linden, one of the most successful Swedish racing drivers. At some point Jan dared to jump into the German Eifel and bought a house in Leimbach near his beloved Nurburgring. Here he has two sons with his third wife: Bjorn and Malte. In the living room of the house, which, like the Nurburgring, dates back to 1927, he sets up an SR 500 in a scrambler look (“I should have developed it further”) so that the boys ingest the bike bacillus with their breast milk. Jan, who is open to all brands, also dares to have relationships with various BMWs. An R 100 RS accompanies him 53,000 kilometers, and he keeps an R 90 S for later assembly. Then Jan buys an R 100 GS. After four gears and four cardan shafts, the journalist is happy that the second worst machine I’ve ever had “can finally be sold. 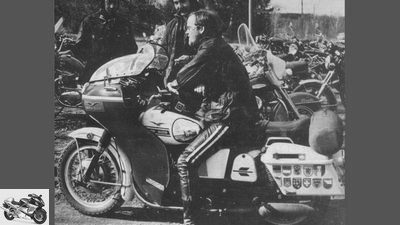 Jan is now internationally networked, has written countless articles in various magazines, written several books about motorcycles and people, dared to work on novels and painted pictures. He has also brought many motorsport enthusiasts from all over Scandinavia, but also from England, to the Nurburgring and connected them with one another. Even bigger business deals are based on Jan’s mediation skills. Two Swedes bought two traditional hotels on the Ring.

In addition to his journalistic work, Jan translates texts in German, Swedish and English. For MOTORRAD Sweden he still translates the content of the German parent magazine. He was also an instructor on the Nordschleife for a long time. He drove well over a thousand laps. In the end, “I was so old that I only wanted to lead toddler groups”. Traveling with Jan is a real gift. Almost every area elicits stories from the now 70-year-old Sweden from an almost unbelievably rich pool.

“The most straightforward was the F 650 Dakar”

Jan is finally just as happy with his fourth wife Gunda as he is with his modified Ducati GT 1000. His most important motorcycles in life? “V7 Sport, R 100 RS and my current GT 1000. The most straightforward one was my F 650 Dakar” (he bought in 2004 as a result of a disc problem).

It is almost impossible to reproduce the full diversity and depth of Jan’s personality, but last but not least this admission: “I am an avowed helmet freak: The first few weeks with a new helmet it can happen that I take it to the toilet with me just to admire him … therapy unknown. I also like the traces of use that will mark him from now on: insects, scratches, paintwork that is becoming matt. ”Jan’s own paintwork is far from gone. As before, he leads groups through his adopted home Eifel, attends races, works, writes, loves and lives. Even if he did not become famous as a racer, he still leaves huge traces in the motorcycle world today. No wonder you know him from somewhere.