Rieju – Small Spanish builder born in 1934 by the association of Don Luis Laughra and Don Jaime Juanola. Initially dedicated to the construction of accessories for bicycles, the company has been manufacturing motorcycles since 1964, notably thanks to an agreement with Minarelli. This Rieju brand is little known but should attract attention with this nice little sportswoman named RS2.

With such a name, we immediately think of sports, a panicking tachometer, a stopwatch … and we must admit that the plastic of the RS2 is very attractive. Aggressive look with a certain personality, frame not unlike that of the Aprilia SL 1000 Falco (in the drawing, because that of the RS2 is made of steel – the Italian is entitled to alu-magnesium ), reinforced swingarm – It’s flattering. However, the Spanish does not give in the bidding, as we can find on Italian productions 1 / 8th of a liter. Here, no inverted fork or radially mounted brake caliper. This is also not necessary because the mechanics do not play in the same court as the Mito and RS. It is a Yamaha 4-stroke mono, air-cooled, and develops just over 14 horsepower. Not enough to tear off the asphalt but enough to have fun (the bike is barely 110 kg) and above all, a guarantee of certain reliability. The RS2 competes with the CBR 125, both technically and financially; a hundred euros more than the Japanese. Do not dwell on this aggressive design, more racy than that of the CBR. The dashboard is also very nice, mixing analog and digital. A sportswoman who certainly deserves more than curiosity. 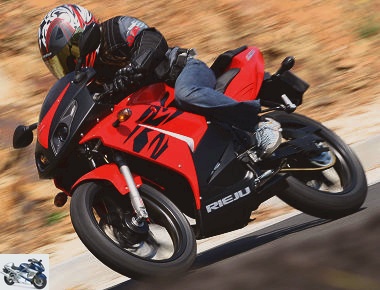 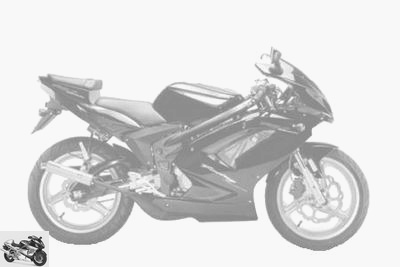 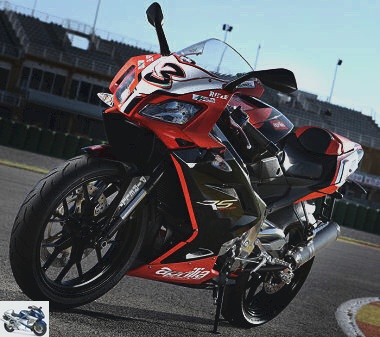 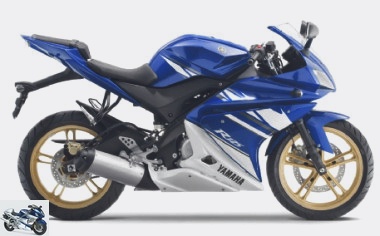 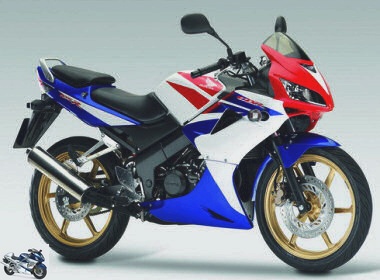 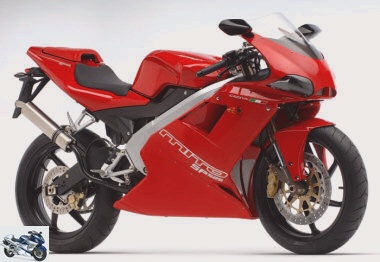 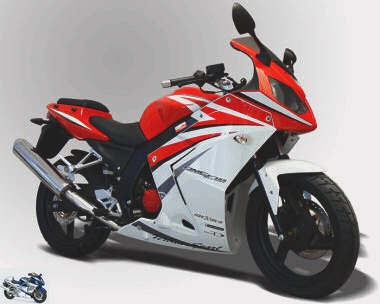