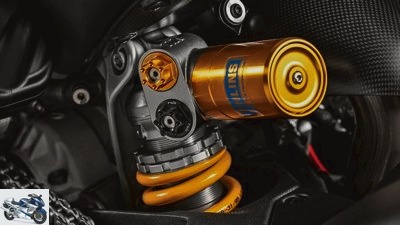 The Swedish suspension specialist Ohlins has a new majority shareholder. Company owner Kenth Ohlin has sold the majority of the shares to the American automotive supplier Tenneco.

How exactly the new ownership will look like was not disclosed. Tenneco pays around $ 160 million for its stake. Kenth Ohlin remains on the company’s board of directors. The sale to Tenneco is expected to be completed in early 2019, subject to the approval of the antitrust and regulatory authorities.

Ohlins and Tenneco say they have been working together for 20 years. Ohlins, in business for 43 years, produces its suspension elements for motorcycles, cars and bicycles in Europe and Asia and markets its products in 50 countries worldwide. With Tenneco as a new partner Ohlins further strengthen its position. Ohlins employs 340 people and generated around 130 million dollars in the past year. In 1987 Yamaha took over the majority of the shares, but the company continued to exist as an independent company. At the end of 2007, company founder Kenth Ohlin bought back the company shares from the Japanese.

The new large corporation is to be split into two divisions – chassis and powertrain – by the end of 2019.

Tenneco bought Marzocchi in 2008, but sold it back to VRM in 2015. The announcement at the time: they wanted to withdraw from the motorcycle sector.