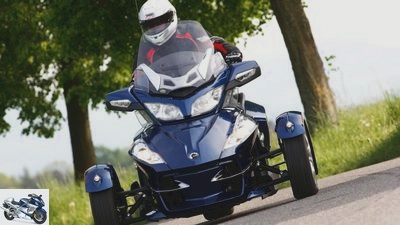 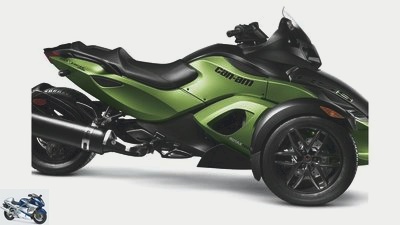 1/10
The Spyder Roadster RS-S: The luxury variant of the RS. Here provided with a dynamic green paint. 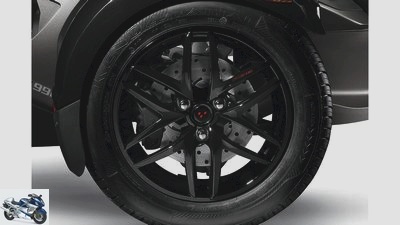 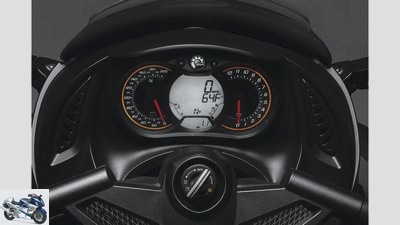 3/10
The modern LCD cockpit has analog display instruments for displaying all important functions. 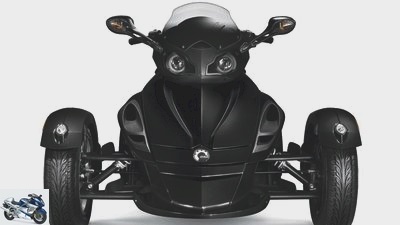 4/10
Here in classic black, the RS offers a sporty alternative to the long-distance tourer RT. 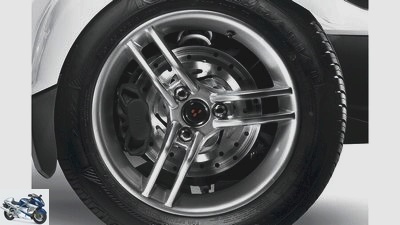 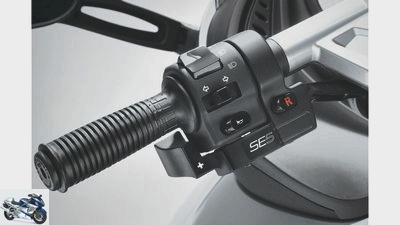 6/10
The control on the left is rich in technology, which makes it easier to use the RS. 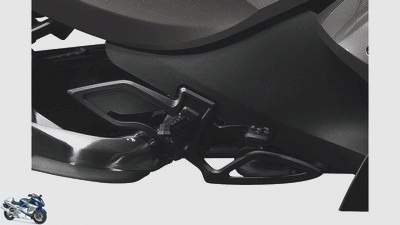 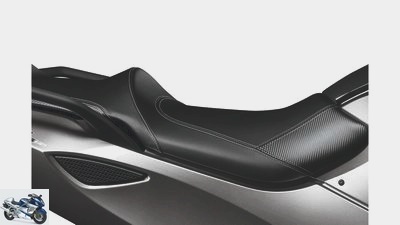 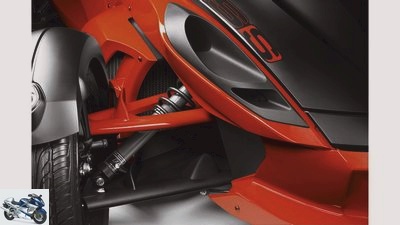 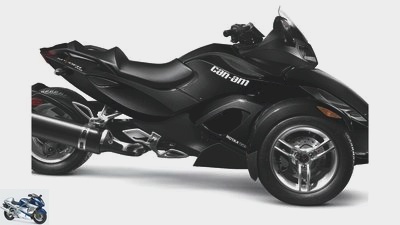 On the foredeck a battery of searchlights, deep down in the hull the engine room and every curve a wave that the Can-Am Spyder RT-S Roadster rides like a freighter in heavy seas. It’s a very special feeling. But also one that you have to get used to.

Quotation from the Can-Am brochure: “The more miles you ride, the more alive you feel”. After the first corner on the Can-Am Spyder RT-S Roadster, it is clear what that is meant. You feel alive, so just escaped death. Curves on the Spyder – that is maneuvering in unfamiliar territory for beginners. A shoal lurks in every radius. And the load is constantly getting out of hand, pushing itself outwards.

It all started so familiar. Sitting like on a motorcycle, handlebars like on a motorcycle, engine noise like on a motorcycle. Even the engine is known. It’s the good old 60-degree V2 from Rotax (also part of the Bombardier Group), which was already in service in the Aprilia Mille, but in a sharper version. Here, in the Can-Am Spyder, it delivers tamed and torque-optimized 96 hp at 7500 / min and a maximum torque of 104 Newton meters at 5500 / min. But what does that mean with three wheels and a dry weight of 417 kilograms?

First of all, it is said that this performance is easily enough for the Can-Am newcomer. Because in view of the new challenge, he should already gather a little routine before he really takes on the Spyder RT-S. Braking is done via a compound braking system only with the foot pedal, not coupled at all, switched via a rocker on the left end of the handlebar. But only up, because the semi-automatic shifts down completely independently and each time with a cheeky double-declutching. But only very late. It is therefore advisable to lend a hand yourself when walking at a brisk pace.

Before you can get that far, you have to navigate a cliff that has it all. In terms of driving dynamics, the Can-Am Spyder is diametrically opposed to what motorcyclists are used to. Moves to the left and leans to the right – or vice versa. This almost inevitably triggers the reflex to shift your body weight towards the inside of the curve. But unfortunately not that of pulling the handlebars. Without pulling the handlebars, however, the Spyder stubbornly stays on the given line instead of reducing the radius by shifting weight like the motorcycle. It’s no different from the car. There, too, it is of little use to lean out to the left in the seat before a left turn.

So: if you want to drive a Spyder, you have to steer properly. The sooner you internalize that, the sooner the fun begins. Then the mighty bow keeps the track, the considerable inclination suggests the impending loss of grip of the 165 mm front tires, the upper body braces itself against the centrifugal forces – and, oh wonder, the Spyder marches around the corner with a strong pull on the handlebars. “What else should happen?” Asks Rolf Schietinger, managing director of Can-Am dealer CPO (www.cpo-bikes.de) in Neckartenzlingen in Swabia. “With ABS, TCS and SCS everything is on board that keeps a car safely on course. And that’s all designed very defensively. “ 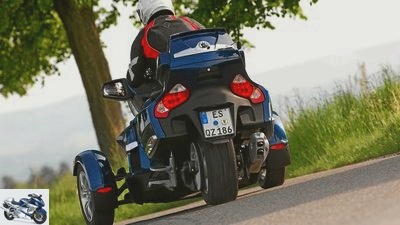 Sloping slack! The Can-Am Spyder RT-S Roadster leans outward, not inward. A mighty 225 is pulled up on the rear wheel, there is storage space on each side.

In fact, even on the touring version “RT” with its powerful, electrically adjustable window, heated seats, heated grips (also for the front passenger!), Radio and a total of four storage compartments, it doesn’t take long to get things going. that the assistance systems are in constant use. The rigid traction control in particular slows the forward thrust out of tight corners noticeably again and again, while the SCS stability program regulates later and more gently and automatically brakes the front wheels if necessary. To get to know each other, just squeak and regulate at full throttle – drive around a roundabout – and hope that the residents won’t complain.

So, there is no lack of security. Not in terms of comfort either. On the contrary. You feel at least as well cared for on the Spyder RT-S as on a Supertourer à la Gold Wing or K 1600. The soft bench with integrated back support is fluffy, the high pane is effective, and the ergonomics with narrow knees and adjustable footrests and running boards for Driver and passenger. In addition, a total of 155 liters of storage space, distributed over the top case, two cases and the deep “trunk” in the front panel, in which two helmets can be stacked on top of each other. And of course the inevitable touring accessories such as cruise control, audio system (with iPod access in the rear storage compartment), speed-dependent volume control including speakers for the front passenger.

What the Spyder can’t offer in return is performance that goes beyond the level of a Kawasaki VN 1700 or Harley-Davidson Electra Glide Ultra Limited. 6.2 seconds from 0 to 100 km / h is not a sparkling value, nor is the top speed of 165 km / h. For motorcyclists, mind you, but this three-wheeler offer is not primarily aimed at them. Like all Spyder, the Can-Am Spyder RT-S Roadster can be driven with a driving license class three, and when measured against a small car, the longitudinal dynamics are also quite considerable. For those who still like it faster: The RS series is lighter, stronger, tighter – and therefore also suits more sporty motorcyclists for whom the third wheel is not the fifth wheel on the car. 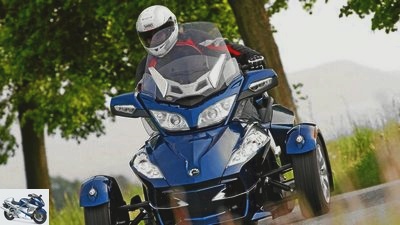