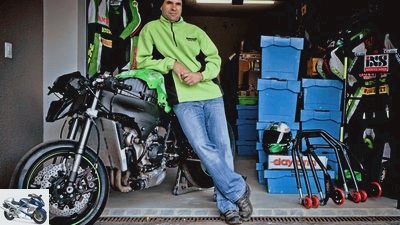 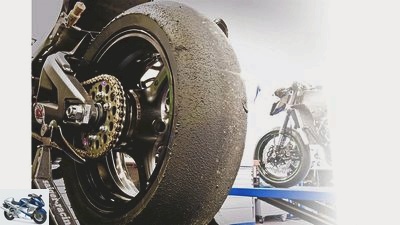 1/8
Shortly before the TT, the nervousness of PS racer Horst Saiger increases. 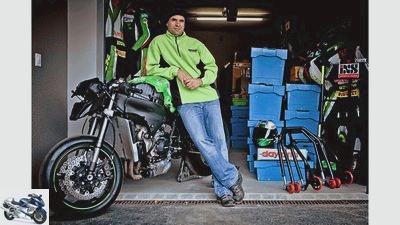 2/8
Saiger is the reigning Swiss champion in the superbike class. PS accompanies the cool Osi on his adventures. 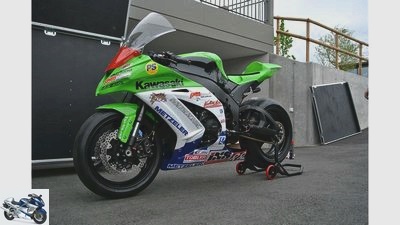 3/8
Saiger competes with the Kawasaki ZX-10R. 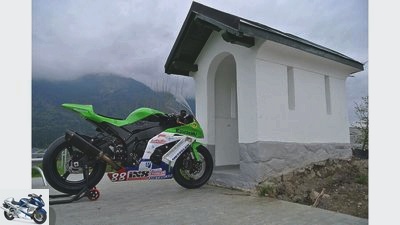 4/8
When driving permanently in the 6th. In the 2nd gear it is important to keep the seated position. 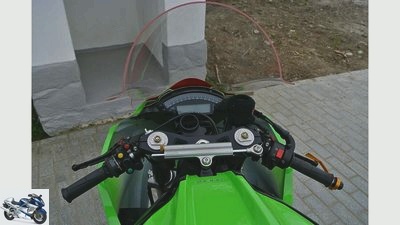 5/8
There is one for the endless TT straights “Panoramic window” to Saiger’s Kawasaki. 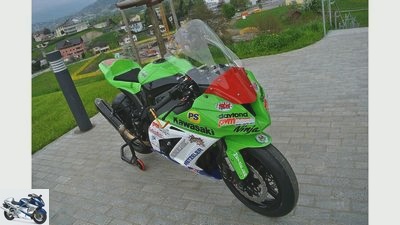 6/8
According to Saiger, when it comes to the settings of the chassis you usually end up with the manufacturer’s standard values. 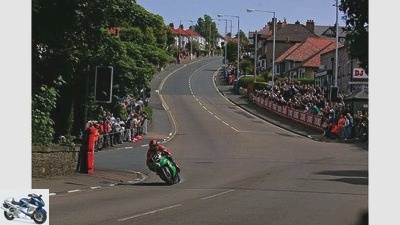 7/8
The many impacts, full throttle passages and compressions on the TT are complicated for the tires, chassis and seating position. 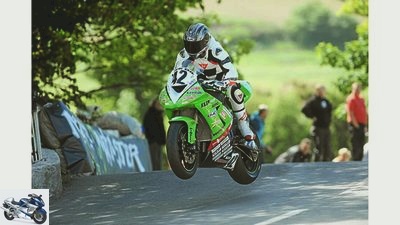 It’s the last few days before the big moment. PS racer Horst Saiger has his heart beating because the TT is imminent. The preparations are complete – everything is really done?

With a small Ford Fiesta on the mountain course

Time flies. It will soon be time for the TT to start. More and more often, I have concerns about my preparation or rather panic attacks. Too much was going on around me and it distracted me: work, the Bol d’Or 24-hour race, and last but not least, I had to organize everything about the TT myself.

But five days on the Isle of Man were also there, and I used them. Every morning between darkness and the first traffic (rush hour traffic!) I drove around the mountain course – with a small Ford Fiesta. With it I was able to drive the whole circuit pretty much at full throttle and still have no idea what it is like when you go really fast on the bike. At the same time there was the so-called “TT Press Launch” with the absolute TT stars. Only three out of 18 newcomers were invited to this ceremony in Douglas, which is a special honor for me. There is a rush of drivers like there hasn’t been for a long time. Paul Phillips, the TT organizer, told me that there were over 100 entries in each class and only 70 are allowed to drive. The newcomers had to cut from 30 to 18.

One early morning of training around seven o’clock, the BSB Suzuki star and TT newcomer Josh Brooks drove up in front of my hotel. I asked him if he was going to do a few laps too. He just looked at me puzzled and said that he was just coming back from his rounds. The traffic is already increasing. Damn it, I probably wasn’t the most well-behaved trainer! When asked how many laps he had already done on the mountain course, he asked back: “With the motorcycle or the car?” What was that supposed to mean? Whenever I was there, there was still snow and it was freezing cold. And if he drives so early, how does he want to learn the route in the dark??

On the last evening, however, I found out that Josh had been coming to the Isle of Man for years and had already done laps on the cordoned-off track at the parade laps at the TT. Two other newcomers will spend the last six weeks before the TT on the island in order to learn the route even better. And me? I’m flying home again between the North West 200 race and the TT to go to work for two days. Otherwise I would be gone for four weeks in a row and my boss would be pissed off. But I still need my work later. A strictly limited look at my account confirms this plan. So don’t waste time wondering whether additional training might be better after all. Rather, I now deal with things like tires, seating position and chassis.


Isle of Man with Horst Saiger 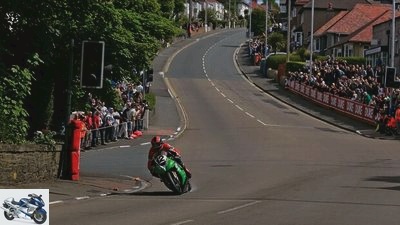 The many impacts, full throttle passages and compressions on the TT are complicated for the tires, chassis and seating position.

The seating position is the bigger problem, rather keeping the seating position in sixth gear during the wild blows and full throttle. If you slip and have to hold on to the handlebars, you’ve lost. Road racing does not forgive any unwanted impulses from the driver. That happened to me last year in the ultra-fast right at the NW 200: I had to hold on to the handlebars and unconsciously pulled. The Kawa immediately left the line and bucked towards the barbed wire fence – the whole thing at well over 200km / h. Underwear data recording is sensitive to such antics! But I left the evaluation to the omniscient garbage can.

So that that doesn’t happen again, tuner Bernd made a wedge on the back of the seat. Now I’m buckled up and can’t slide back, but my upper body is totally free and I can work much better with the steering. That can be life-saving if you lose your grip on the handlebars, but you can’t let go. But it also has an unintended, enormous side effect: On long straights, I sit on top of the wedge, which improves the aerodynamics immensely. If you run against the air resistance anywhere above 300 km / h, then every little improvement is immediately noticeable. 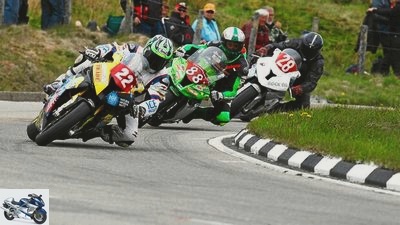 Every racing driver’s favorite topic, and who knows what is right? Nobody in my opinion! Otherwise hundreds of chassis experts wouldn’t run through the paddock. Most of the time, you start with the manufacturer’s standard values, which then doesn’t work at all. After three days of testing and countless settings later, you end up with the default values ​​again.

It is maddening because problems that arise at the beginning often go away when you speed up, but others come back. My plan for the training week: I start with my tried and tested Ohlins chassis and then plug in the K-tech. I drive the race with the material that I feel more comfortable with, without having to change a lot. Everything will feel different anyway when I get faster. I secretly hope for the K-tech suspension. If I can’t manage it, there is a service team on site and they have a lot of experience with the TT course. 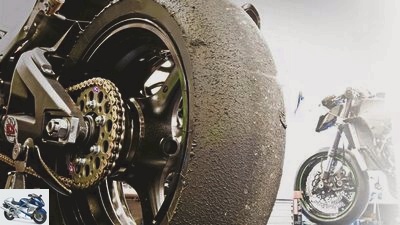 From the last NW 200 race, I know that “road racing” and the standard racing tires from Metzeler are not the same. No normal soft racing tire can withstand the long straights at over 300km / h without overheating and throwing bubbles. In addition, there is the stability on the long straight passages, in which the tire has to withstand many knocks and bumps.

The TT is also a kind of long-distance race in which durability generally plays a role. In the Superstock class, the tires are not changed during the race. That’s why my tire is much harder in the middle of the tread than anything you can buy, while the sidewalls have the grip of a racing tire and are accordingly soft. Metzeler has this under control so well that I didn’t notice any difference between the soft tire shoulders and the harder middle when accelerating and straightening up hard with the Kawa. So I’m well prepared in terms of tires.

Horst Saiger was born in 1971 in Zeltweg not far from the Osterreich-Ring. In addition to wildcard appearances in the Superbike World Championship (Valencia 2004, 9th place), he mainly competes in the Endurance World Championship (podium several times), currently in the Swiss Bollinger Team. Saiger is the reigning Swiss champion in the superbike class. In addition to Macau and the TT premiere, there are road races like the North-West 200 om Ireland on Horst’s calendar for 2013 in preparation for your Isle of Man project. PS accompanies the cool Osi on his adventure. The highlight will be the race report from the Isle of Man and we will report about it live on our Facebook page and www.ps-online.de.