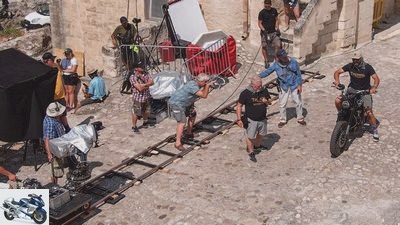 The 25th James Bond film “No Time To Die” starts in cinemas worldwide in April 2020. The British secret agent 007 goes on a villain hunt with Triumph bikes in the new film.

James Bond traditionally drives Aston Martin – at least when he’s on four wheels as befits his class. In the upcoming Bond film “No Time To Die” 007 will also use two-wheelers for villain hunting. They come from Triumph and go by the names Tiger 900 and Scrambler 1200. The British motorcycle manufacturer has now announced a corresponding partnership with EON Productions. 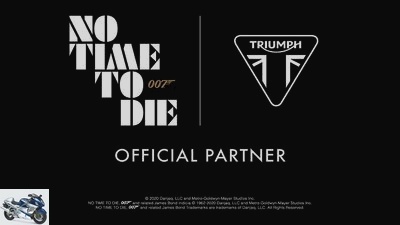 For the screen adventure, the Triumph team and the Bond stunt team developed several special film motorcycles based on the Tiger 900 and the Scrambler 1200, which were made fit for extreme stunts and action sequences. For the film production, the team was given various Tiger 900 prototypes long before the presentation.

“We put the bikes to the test. We drove over jagged, sharp rocks and in deep mud. There were high-speed passages as well as long jumps and uphill and downhill runs in different conditions. The Tiger bikes mastered the tasks brilliantly without any mechanical problems, ”explains James Bond stunt coordinator Lee Morrison.