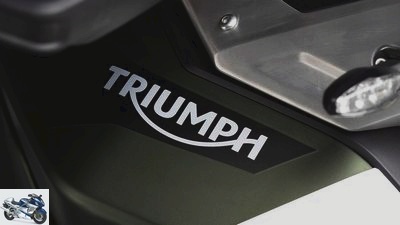 The British motorcycle manufacturer wants to have all volume models manufactured in Thailand in the future. Triumph now made an announcement to that effect.

At Triumph, “Made in Great Britain” will in future only apply to models bearing the TFC (Triumph Factory Custom) label and to various special models. All other motorcycles are manufactured in the three plants at the Chonburi location in Thailand. The motorcycle manufacturer has now announced this.

The Speed ​​Triple and Tiger 1200 series, which were last manufactured in Hinckley, are also moving to Asia. Triumph builds around 65,000 motorcycles annually. A good 60,000 of them are currently being manufactured in Thailand in two shifts. The Hinckley site is expected to produce around 4,500 motorcycles annually in the future. The production of Triumph models from delivered kits (CKD) in Brazil and India will remain unaffected by the relocation of production.

Development competence remains in the UK

To compensate for the relocation of production, the area of ​​research and development at the British location is to be strengthened over the long term. A new development center is already firmly planned.

Triumph recently announced its partnership with Bajaj. With the Indians, models with smaller cubic capacity are to be developed and built in India. From around 2023, these models will primarily drive expansion in the Asian market, but will later also be offered in Europe.