Introduced in 1985, the Yamaha FZ 750 is perhaps one of the brand’s finest failures in tuning forks. This machine was nevertheless very well born and sold rather well until 1993, when it was definitively replaced by the YZF 750 R..

And this miss is due to very little: The suzuki GSX-R 750.

That year, Suzuki released the first production 750cc 100 hp on the market and adorned it with extreme aesthetics: A superport for shopping during the week and racing at the weekend..

Yamaha, which blew the spotlight, however, had very serious arguments to convince. Admittedly, the engine was not the first 100 horsepower (moreover some sources indicate that the FZ made only 95.5 horsepower in 1985 and passed 100 horsepower only in 1987), but its design could seem significantly more innovative than that of the GSX-R: cylinder head with 20 valves, inclination of the cylinder block at 45 ° water-cooled, vertical positioning of the carburettors and crankshaft mounted on 5 bearings.

And this engine is good, very good: powerful, torquey and rich in impressions. This new 4-cylinder is largely at the level of its direct competitor. The technology 5 valves per cylinder (3 intake, 2 exhaust) provides unparalleled flexibility. Yamaha engages, moreover, from the first year an FZ at Le Mans. This one finishes for its first participation on the podium: 3rd last 2 Suzuki, including one of the SERT (to wonder if they did not do it on purpose to try to rot the career of the FZ).

The cycle part is more classic. The frame has a double steel cradle but shows real sporting qualities. The front axle was fitted with a 16-inch wheel, very fashionable at the time, which was supposed to provide more maneuverability without reaching the bike qualities of the GSXR. The FZ oscillates between classicism and modernity, taking the best of the 2. And if it is less playful than the Suzuki, it is also more reassuring and a little more rigid..

Aesthetically, the picture is more or less the same as in terms of chassis: Less extreme than the competing scarecrow, more sober and for some, more class, but also less surprising.

The FZ was in fact a real success. Why, has it not marked more the minds of bikers who today and for many have totally forgotten? She was simply surprised by a first-rate arsouilleuse who put her in the shadows. She had a pretty good commercial career, requiring little upgrading as the base was good. Over time, it gained a full fairing and wheels accepting up-to-date pneumatic tires and discreetly disappeared from the catalog in 1993.. 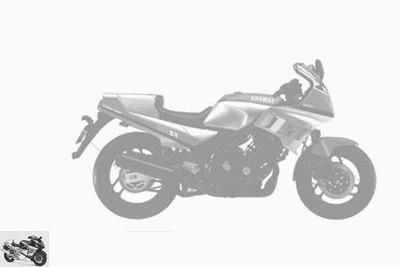 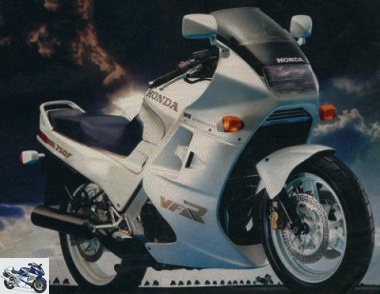 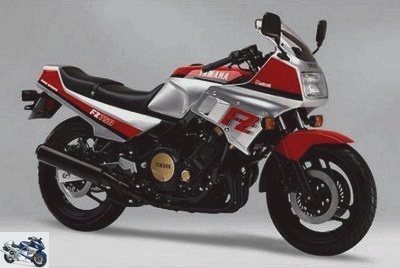 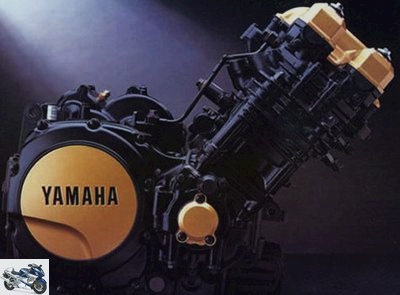 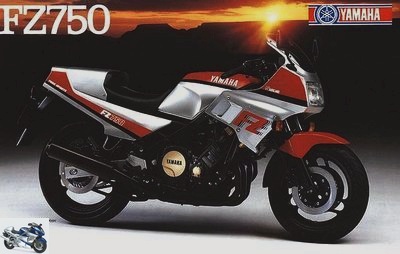 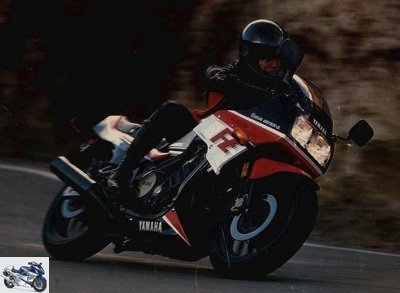 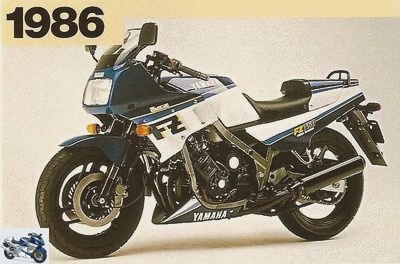 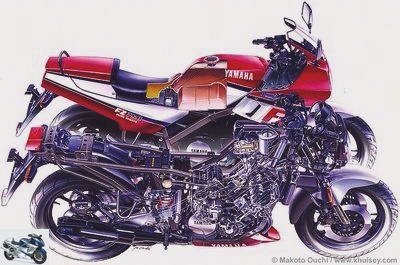 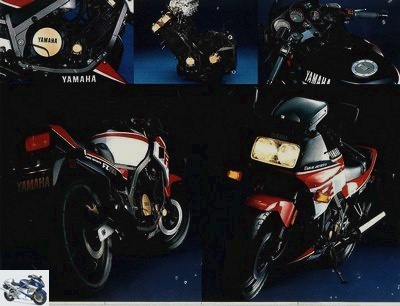 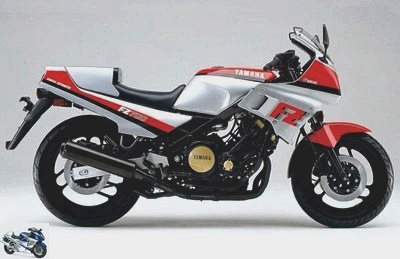 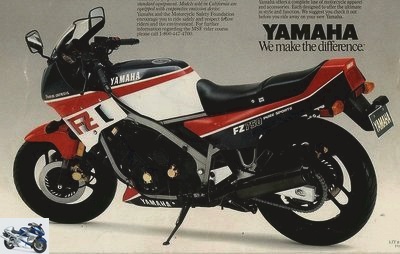 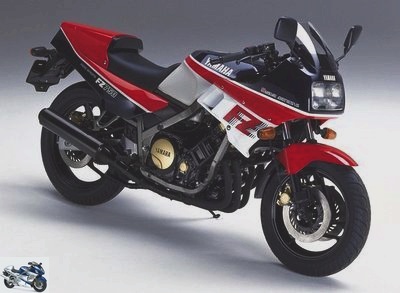